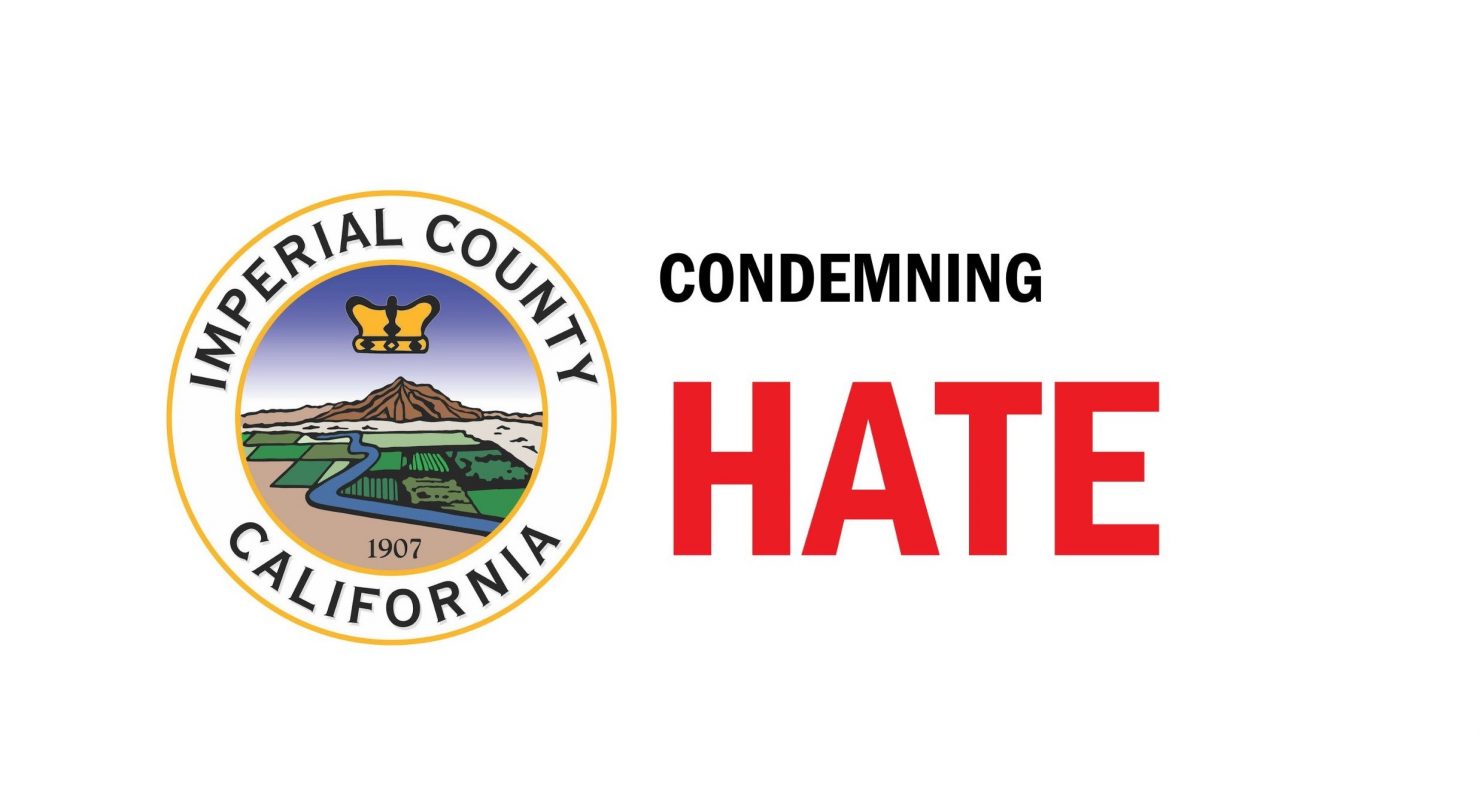 The Imperial County Board of Supervisors is looking to take a stand against hate.

Chairman of the Board Michael Kelley on Tuesday, March 23, requested staff bring a resolution against hate crimes and mass shootings at an upcoming meeting.

“All these hate crimes and mass shootings and crimes in general, if there’s no objection from this board, I’d like to have a resolution by this board condemning all hate crimes and mass shootings and criminal activity in general,” Kelley said during board member reports. “So, if there’s no opposition, I would ask that the CEO bring a resolution back next week for the board to pass.”

Vice Chairman of the Board Jesus Escobar added that he had planned to bring forth such a request during the meeting as well.

“I commend you (Chairman Kelley) for that direction given, and I definitely support it,” Escobar added.

Board Learns of New Bond Rating

“We received a notice (Friday, March 19) that they are going to move our bond rating up to an A-minus,” said Assistant Auditor-Controller Shelly Smail.

Smail’s comments came after she presented three audits to the board for review and approval.

Absent was current Auditor-Controller Josue Mercado, who was censured by the board in December and had charges brought against him by county District Attorney last week for misuse of public funds, among other issues.

The auditor-controller position acts as chief accounting officer for the county board. The position supervises the accounting forms and methods of keeping the accounts of all offices, departments, and institutions under the control of the Board of Supervisors and of all districts whose funds are kept in the county treasury.

The board voted Dec. 22 to censure Mercado after a whistleblower came to the County Executive Officer claiming Mercado had failed to respond to representatives of a bond-rating company and failed to file the county’s adopted budget with the state. The first claim could lower the county’s bond rating from an “A” to a “BBB+”, while the second could result in a fine of $1,000.

The County Executive Office has since worked with auditor-controller department staff to get the necessary information to the bond-rating company and to file the county’s budget with the state controller’s office.

Supervisors expressed relief at the bond rating not dropping further.

“I know it wasn’t expected,” Escobar said. “It was a surprise to all of us. Bond rating decreases potentially have an adverse effect on overall bond payments down the road, so this is very important to us.”