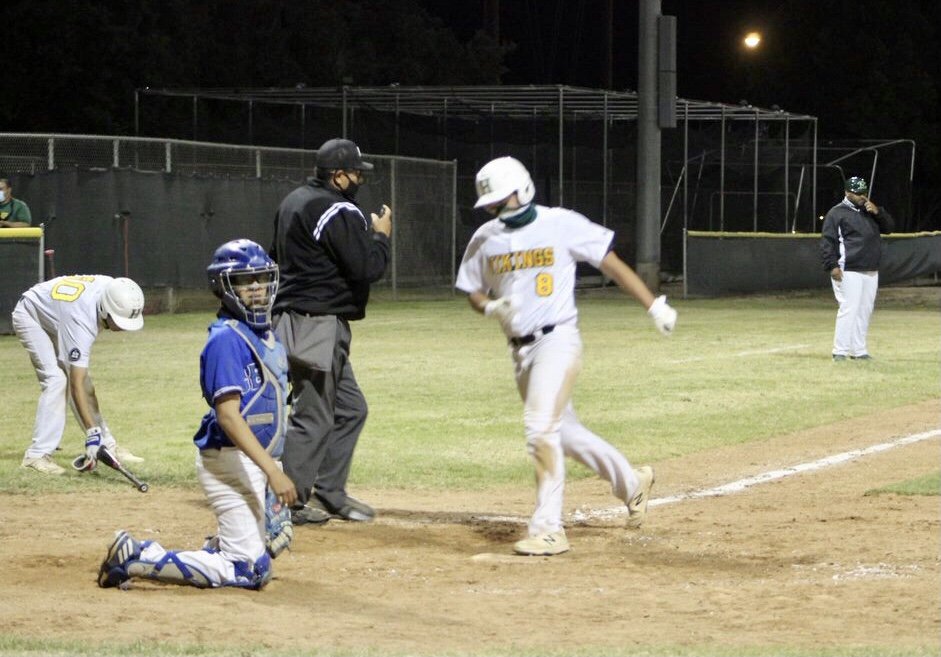 HOLTVILLE — With only a week of practice, the Holtville High School baseball team opened its season with a three-game week, defeating Imperial and Central Union after losing the opening game of the season to Southwest.

The Vikings (2-1) only began practice on March 15 and seven days later found themselves up against traditional Imperial Valley League powerhouse Southwest. The Eagles, predicted to be a top-two team in the IVL, scored the victory in Holtville, 6-3, but had trouble putting away the feisty Vikings.

Southwest got four runs in the top of the first inning and added two in the third before the Vikings made some noise with a run in the bottom of the third and two runs in the sixth.

“We knew we were playing Southwest, so the kids knew the intensity level had to be up,” said Benny Carter, Holtville’s second-year head coach. “The kids fought hard and really battled. That showed us how high they can set the bar for the rest of the season.”

Sophomore Raul Sierra pitched for the Vikings and was able to hold the Eagles in check. Sierra also had one of Holtville’s six hits and drove in two runs.

“With such little practice time, the kids just came out and played,” Carter said. “It felt good to be out there again and the players were definitely excited to be out there, but basically it was just catch it, hit it, and throw it. There wasn’t any time for plays or signs.”

On Tuesday, March 23, Holtville traveled to Imperial and scored an 11-4 victory over the Tigers. The Vikings opened the game with four runs in the top of the first inning and built their lead to 11-0 going into the bottom of the sixth.

In their third straight game, the Vikings beat Central on Wednesday, March 24, 12-6, thanks to a 10-run barrage in the bottom of the fifth inning after falling behind 6-2.

“We came out kind of flat,” Carter said. “We knew Central didn’t have its best team with some of their guys playing football.”

Leading the Vikings’ offense was junior Donovan Johnston with three hits and three RBI, with Garewal and senior Erik Garcia adding two hits and one RBI each.

Senior Norbert Irungaray pitched five innings and got the win, giving up just one earned run while striking out five and walking five.