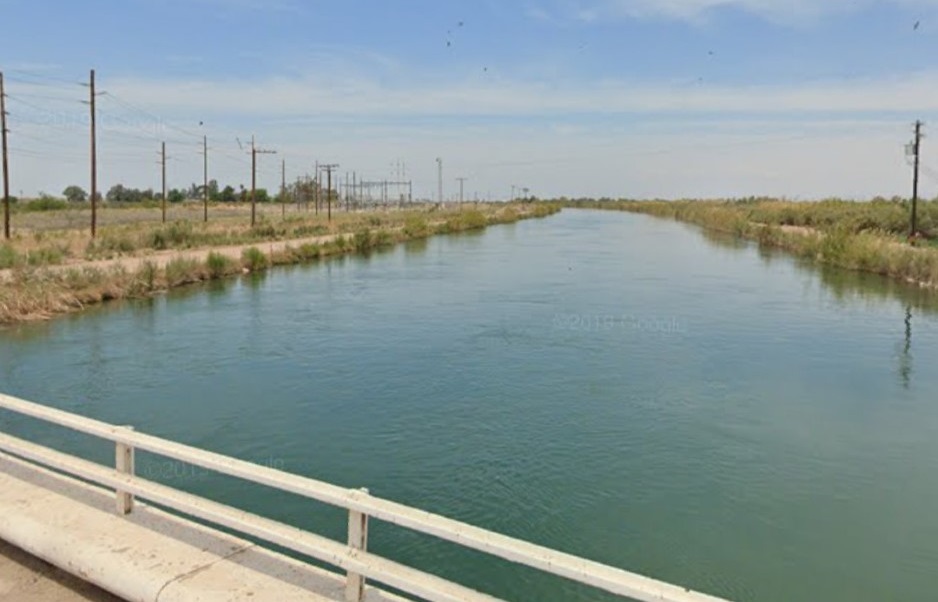 The highline canal is shown at full capacity as it brings Colorado River water via the All-American Canal to the farm fields of Imperial Valley. | FILE PHOTO
Home
Agriculture
In AgricultureFeatured StoriesRegional News

(This story was updated at 12:20 p.m. Wednesday, March 31, with additional statements from Mike Abatti, IID, and others.)

Imperial Valley grower, landowner, and former elected official Michael Abatti has filed a petition for “writ of certiorari” with the U.S. Supreme Court seeking review of the California Court of Appeal, Fourth Appellate District’s decision in Abatti v. Imperial Irrigation District, according to a press release from Abatti and his legal team.

Abatti is seeking to overturn a previous appellate court ruling that asserts Imperial Irrigation District is the “sole owner” of water rights in the Valley, and farmers do “not (have) an appurtenant water right” but rather are entitled merely to “water service” that is subject to modification by the district at its discretion, the press release states.

“Well, the district held a position that farmers in the Imperial Valley have the property right. The Supreme Court agreed with that (in the 1980s),” Abatti said during a telephone interview with this newspaper on Wednesday morning, March 31.

“Now, they’ve (the IID) flip flopped. They’ve flip flopped on this. I speak for a whole lot of farmers with this,” Abatti added.

It wasn’t immediately clear when the petition was filed. The press release from Abatti is dated Monday, March 29.

The Imperial Irrigation District was made aware of Abatti’s filing to the nation’s highest court on Tuesday, March 30.

It is “critical we have this resolved,” IID board President James Hanks told this newspaper on Wednesday morning.

“We’ve known all along that both parties, regardless of the outcome, we would take it all the way,” Hanks said. “Whether the U.S. Supreme Court agrees to hear it will be the challenge.”

That’s why Abatti’s legal team is trying to frame the case as a federal issue, so it qualifies to be heard, he said.

“One thing about it, when it gets through the court it will be resolved,” Hanks added. “These things need certainty. There will be certainty when this is all done.

“… We feel comfortable in our position,” Hanks said, adding that with court cases, one can’t predict which way a judge will rule. “We don’t feel so overly confident that we don’t prepare.”

The “writ of certiorari” petition, which means to be “fully informed” and seeks to have an appellate court review a case at its discretion, is arguing that the California appellate court ignored federal law and the Supreme Court’s prior ruling in Bryant v. Yellen (1980) regarding the rights of Imperial Valley farmers, the Abatti release states.

In the Bryant case to which the Imperial Irrigation District was a party, according to the release, the district had argued that farmers, not the district, owned water rights which were appurtenant to their lands consistent with federal law under the provisions of “§ 8 of the 1902 Reclamation Act,” which provides “(t)he right to the use of water acquired under the provisions of this (Reclamation) Act shall be appurtenant to the land irrigated, and beneficial use shall be the basis, the measure, and the limit of the right.”

Abatti’s legal apparently asserts, according to the press release, the IID abandoned this position in its defense of its 2013 Equitable Distribution Plan that Abatti contested as being unfair to farmers.

“Abatti described the district’s reversal of its prior position on water rights as being politically motivated by non‐farming interests in the Imperial Valley,” the release stated.

Following a trial court ruling in which Abatti prevailed on the merits of his case in an Imperial County Superior Court under Judge Brooks Anderholt, the district appealed the ruling to the Fourth District Appellate Court, which reversed many of the trial court’s rulings, including the finding that farmers owned a protectable interest in the water, according to the Abatti press releaase.

A petition for review by the California Supreme Court was subsequently submitted by Abatti and denied.

“The case is significant to the farmers in the Imperial Valley and other areas across the western United States served by federal reclamation projects where landowners depend on a secure and protectable interest in the water they use to support their farms,” the press release reads.

On Wednesday morning, Wally Leimgruber, founder of the Imperial Valley Coalition for Fair Sharing of Water, said he disagrees with Abatti seeking an audience with the Supreme Court.

I.V. Coalition for Fair Sharing of Water was one of several local groups to file an “amicus brief,” or friend of the court brief, on behalf of the IID’s appeal to the Fourth Appellate Court in spring 2019.

“I.V. Coalition for Fair Sharing of Water believes that the 106-page ruling put forth from the three-member appeals court stating that IID holds the water in trust for all water users in the service area should stand,” Leimgruber said.

Next
Arrest Made in Deadly Holtville Crash That Killed 13; Charges Filed