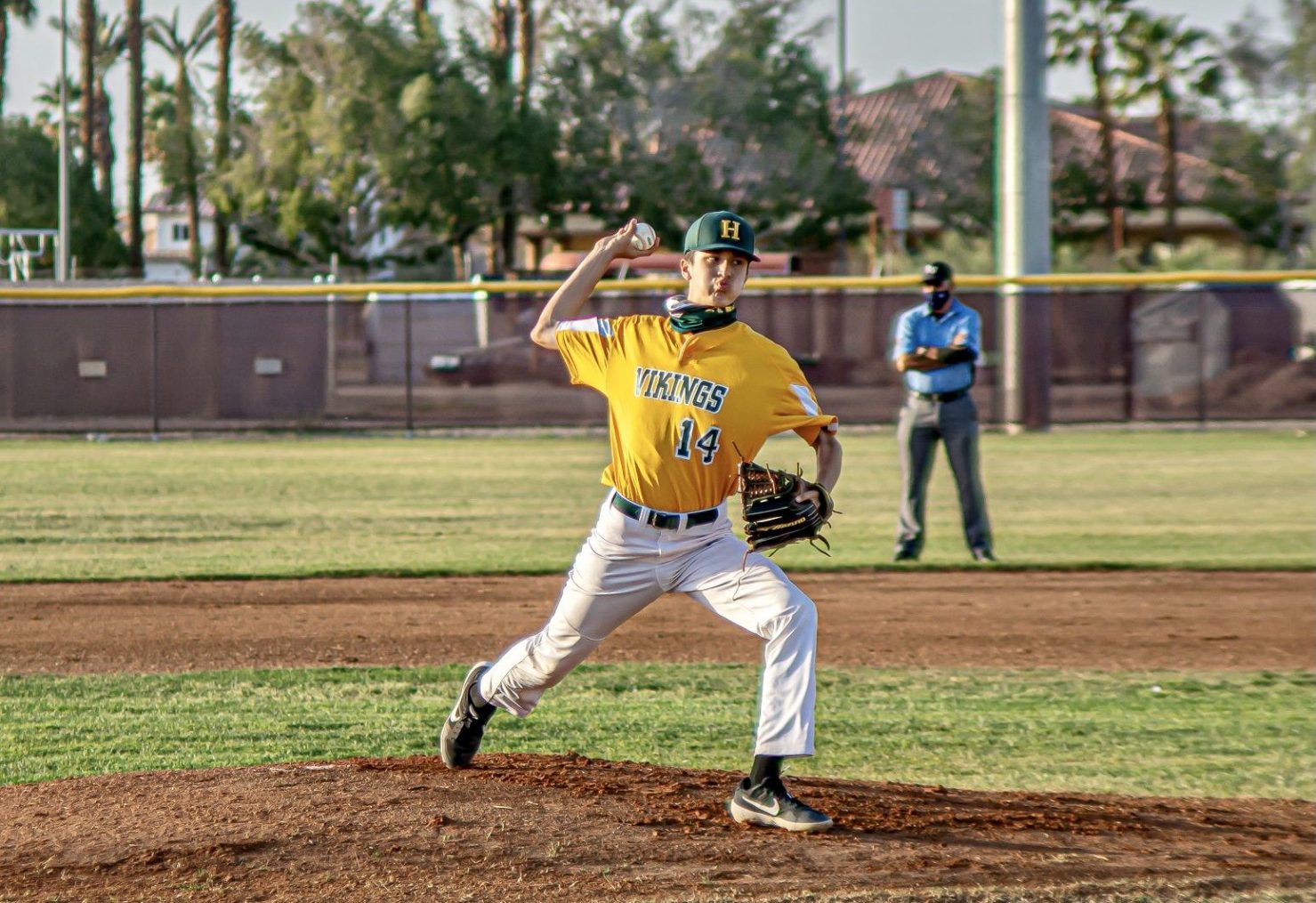 CALEXICO — Junior Rafa Espinoza was locked in on Tuesday, March 30, throwing a one-hitter and leading the Holtville High School baseball team to a 3-1 victory over Calexico at Belcher Field here.

Espinoza threw a complete game, was throwing a no-hitter until the final frame when he allowed the only hit and Calexico’s only run. He finished with 12 strikeouts and three walks.

“The big thing is he (Espinoza) was throwing strikes,” said Benny Carter, Holtville’s second-year head coach. “He looked really good. His fastball was working, and his secondary pitches were working.”

The Vikings (4-2 overall) opened the scoring with two runs in the fourth inning and added another run in the fifth to build a 3-0 advantage. Calexico mounted a threat in the final frame with its only hit and run, but Espinoza was able to close out the Bulldogs for the complete game win.

Offensively, Holtville junior J.R. Garewal had two hits and a RBI while senior Arturo Lazos finished with a double and a run scored.

On Monday, March 29, the Vikings traveled to Spring Valley to take on Mount Miguel and came home with an 11-3 victory.

It was a six-run second inning that led the way for Holtville. Senior Erik Garcia was the offensive star of the day with two hits, including a double, two RBI and a run scored. Garewal had a two-RBI single and scored a run, while junior Donovan Johnston scored twice and had an RBI.

Vikings’ sophomore Raul Sierra got the win on the mound, pitching six innings, giving up two hits with 11 strikeouts and two walks.

The Vikings finished their three-game week on the road again, this time falling 6-3 at Mission Bay High School in San Diego on Wednesday, March 31.

VOLLEYBALL: Vikings’ Garewal is IVL Player of the Year

The Buccaneers scored three runs in the bottom of the first inning to take an early lead, but Holtville was able to cut it to 3-2 after the third inning. Mission Bay’s three-run fourth inning seemed to put the game away.

Garewal took the loss on the hill for the Vikings, giving up six runs and six hits in five innings of work, striking out seven and walking two.

Senior Norbert Irungaray had two hits and an RBI to lead the Holtville offense with Garcia and Lazos each chipping in with a hit and a run scored.

After six games in two weeks, the Vikings have a few days off and won’t take the diamond again until 10 a.m. on Saturday, March 10, when they travel to Brawley to face the Wildcats.