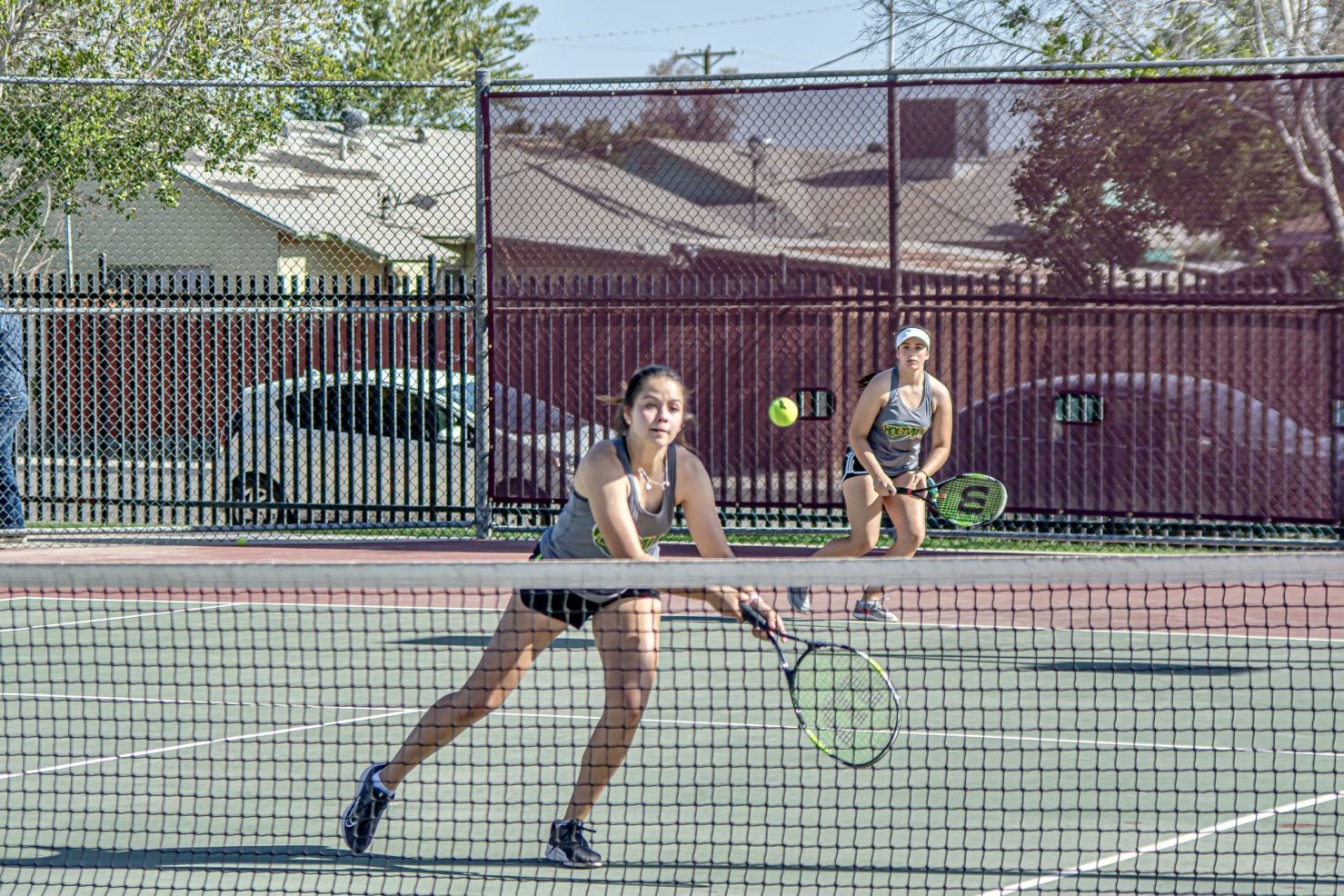 CALEXICO — The Holtville High School tennis team opened its season with losses at Brawley Union High and at Calexico High, but got encouraging results from freshman Gabrielle McDonald, who netted three points for the Vikings in the two matches.

In Calexico, the team of McDonald and Carlos Reyes got the only point of the day for the Vikings with a mixed doubles victory, 6-2.

The Vikings fell to the Wildcats, 14-3, on Monday, March 29, with the other point coming from the girls’ doubles team of Orian Anderson/Vera Smith as they defeated their Brawley opponents, 6-3.

Holtville traveled to Calexico on Wednesday, March 31, and lost to the Bulldogs, 16-1. The Bulldogs’ boys lost only one game en route to sweeping singles and doubles and earning six points for the team score.

In the girls’ singles, Calexico’s Gwenyth Rodriguez and Samantha Alvarez swept their sets, 6-0, while the Bulldogs’ Yulianna Gastelum won her set, 6-4, over Holtville’s Orian Anderson.

The only victory for the Vikings came from the team of Carlos Reyes/Gabrielle McDonald who defeated Calexico’s William Selwick/Carla Vizcaino, 6-2.