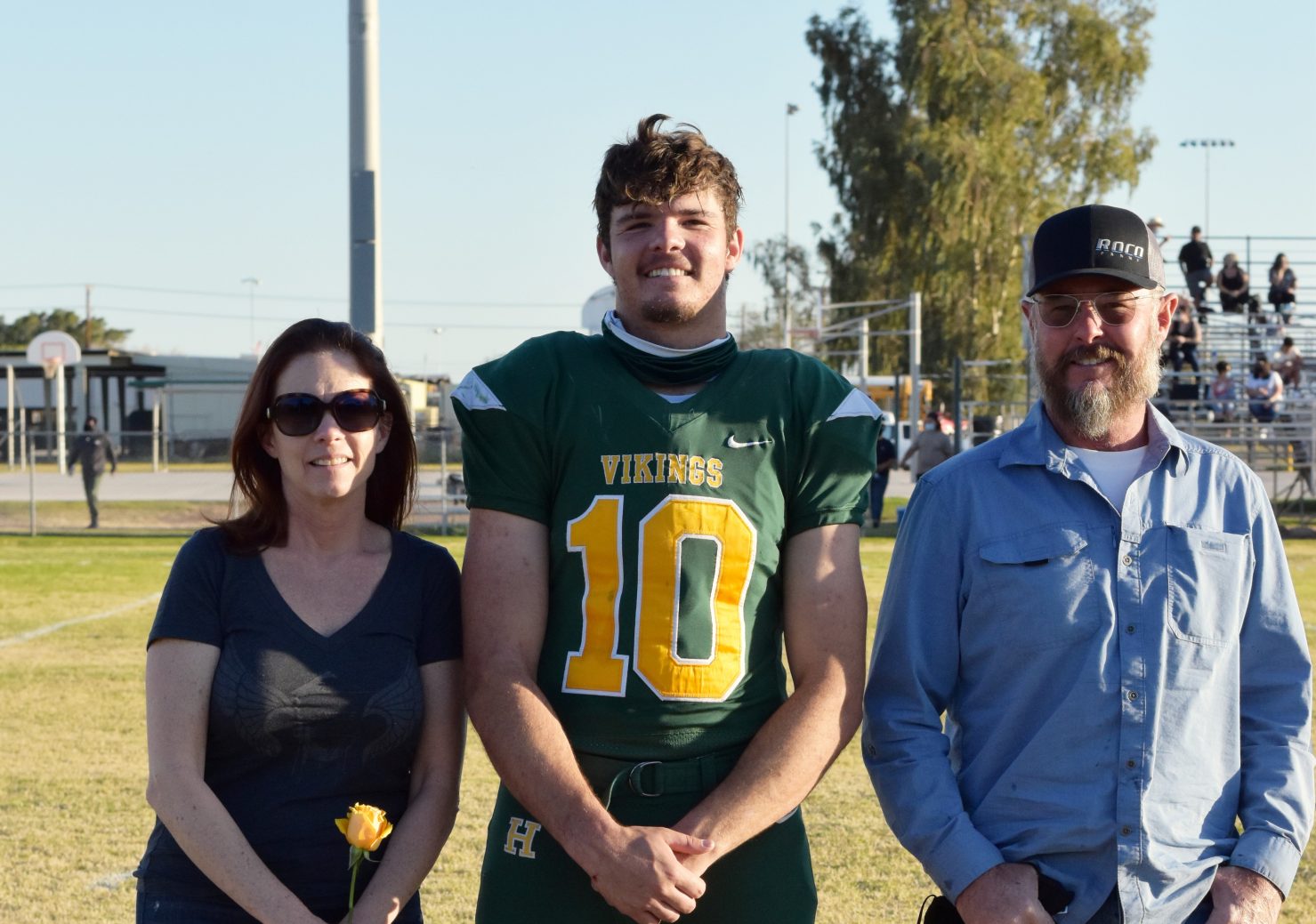 HOLTVILLE — Holtville High School senior Ryder Merten has been playing linebacker for about half his life. Now he gets to do it for four more years at the collegiate level.

The 18-year-old recently signed his letter of intent to play college football at the University of La Verne, a private NCAA Division III college located near Pomona in Los Angeles County.

With Division III schools unable to offer athletic scholarships, Merten was awarded a scholastic-merit scholarship, which will cover about half of his annual tuition.

“I’ve talked to the coach (Chris Krich) and he seems like a great guy and said I’ve got a roster spot on their defense,” Merten said. “I hope I can contribute right away, but I know I have to stay focused and I’ve gotta get in the weight room and get bigger.”

Merten has been the Vikings’ leading tackler the last two years, averaging about 15 tackles a game. It wasn’t a hard sell for Holtville coach Jason Turner to convince Krich to give Merten the opportunity.

“Ryder has really begun to master his trade at linebacker,” Turner said. “He knows what the offense is going to run by studying little nuances he sees in the other team.”

Merten did his research on the University of La Verne and learned it offers a criminology major which he hopes can lead him to a career in intelligence for the U.S. Air Force or as an investigator with the FBI.

As for having football help him attain his lifelong goals, Merten said he couldn’t have imagined it until his junior season in 2019.

“Last year I started getting letters and thinking to myself that I can do this, I can play at the next level,” Merten said. “But before that I never thought I’d have the chance to play football in college.”

La Verne plays in the Southern California Interscholastic Athletic Conference with competition against Chapman College of Orange, Redlands, Cal Lutheran University in Thousand Oaks, and Whittier. SCIAC schools didn’t have a 2020 season due to COVID, so the last champion of the SCIAC was Chapman which finished the league season a perfect 7-0 in 2019.

“Ryder is a smart kid. He’s going to go there, figure out what the coaches expect of him and work to get it done,” said Turner, who is in his fourth season as head coach of the Vikings. “If it’s defense, special teams or watching and learning and getting stronger, he’ll be able to adjust.”

On the roster in 2019 was a fellow Imperial Valley football product, Derek Guzman from Southwest High School. Guzman was listed as a 5-foot-7, 185-pound sophomore linebacker for the Leopards in 2019.

Merten is listed at 6-foot-3, 200 pounds and said it’s his goal to get in the weight room and add muscle before getting to La Verne for summer practices.

“The coach told me I have good size for a linebacker, but I still want to grow some more and get a lot stronger,” Merten said.