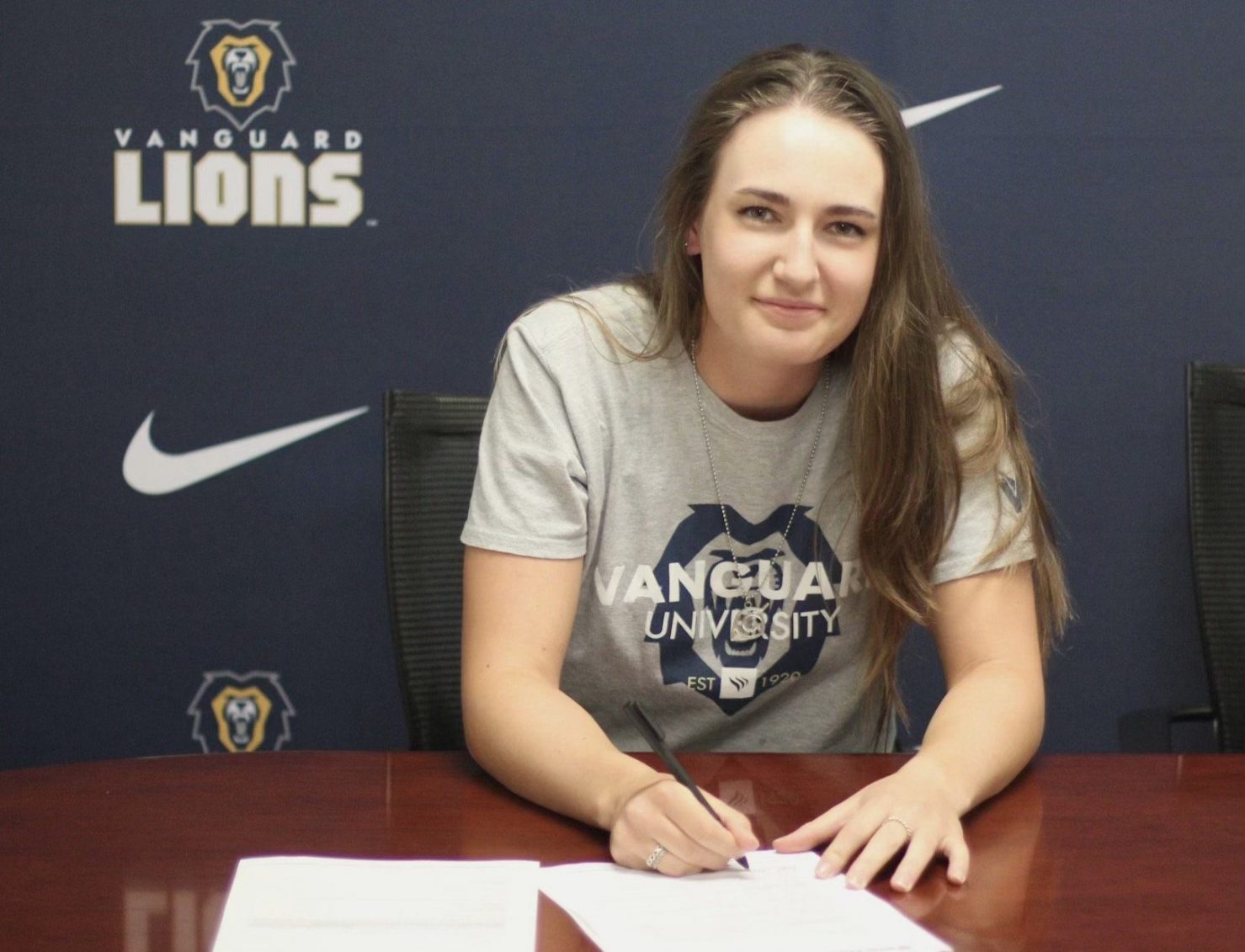 That was one of the determining factors in Holtville High School senior Rachel Chambers signing a letter of intent to play golf collegiately for Vanguard University in Costa Mesa in the fall.

“It will always be great weather to play golf in,” said the 17-year-old Chambers about why she selected Vanguard. “I really liked the location, and the school has a good biology department which will help me get started toward becoming a veterinarian.”

Chambers was being recruited by a few schools, including Arizona Christian University in Phoenix. Ultimately, the ocean won out over the desert as Vanguard is just about five minutes away from Newport Beach. The small-school, Christian environment also appealed to her mother and father.

Chambers finished second at this year’s recently completed Imperial Valley League golf championships, shooting a 42 on nine holes at the very tough Rams Hill Golf Club in Borrego Springs. Imperial’s Demi Preece won the IVL title with a 39 and Southwest’s Kayla Howard was third with a 47.

Chambers, who went into the event as the IVL’s top seed, was pleased with her score at the championships, but gave credit to Preece for hitting a lot of big shots and earning the title.

“I was thinking I’d shoot somewhere between a 40 and 42,” Chambers said. “But Demi played great and made a lot of putts and deserved to win.”

While Chambers was born into a family of golfers, she didn’t pick up the sport at an insanely early age.

“When I was 10, I took my first golf lesson,” she said. “I remember it was hard just to hit the ball. I was probably already in high school when I learned how to actually play well.”

Chambers’ mother, Karin, is the Holtville High School girls’ golf coach, following in the footsteps of her father, John Kirchenbauer, who was a longtime golf and wrestling coach at Holtville, Southwest and Central Union highs.

“When I started the kids in golf, it was a family thing to do so we could get more family time together,” Karin Chambers said. “With the boys out there at golf lessons, I told Rachel to get out there, too, and not just stand around.”

The younger Chambers said she never thought golf would take her to college, but she’s happy now for all the time, effort and money spent learning the sport.

“It takes a lot of work, and I’ve played in a lot of tournaments in San Diego with a lot of people who are way better than me,” Chambers said.

Now, Chambers will be playing with a relatively new college golf program at Vanguard University. The first season of competition was in 2019 when the Lions won the Golden State Athletic Conference by 25 strokes and earned a berth in the NAIA National Championships.

Vanguard will have eight to 10 players on its team, and they will battle among themselves to be in the top-six, who then travel to tournaments.

Chambers, who is known for her long and accurate drives off the tee, will continue to work on her game and prepare for the summer when she makes the move to Costa Mesa. “I’ve got her practicing four to five times a week, whether it’s chipping or putting around the house or going out and hitting the driving range,” Karin Chambers said