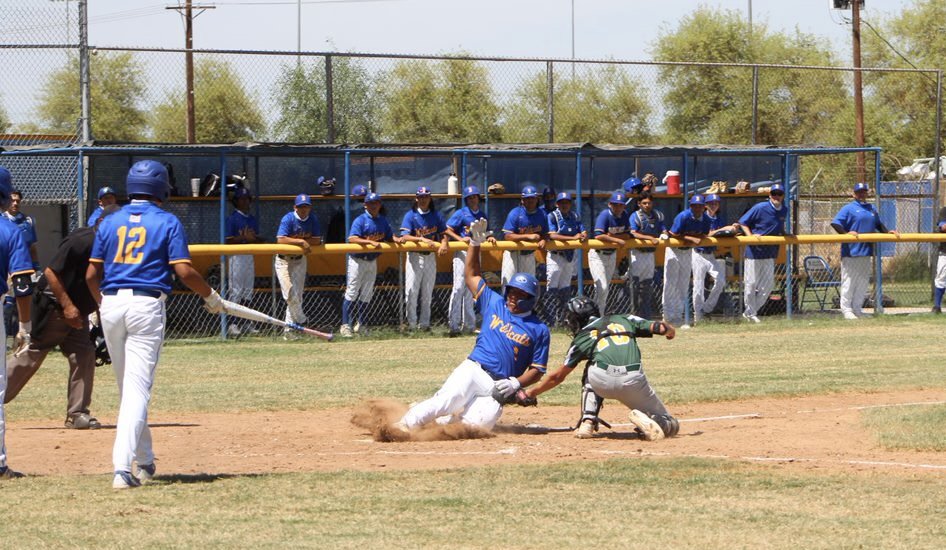 BRAWLEY — The Holtville High School baseball team built an early lead but failed to close out Brawley Union High and fell to the Wildcats, 5-3, here on Saturday, April 10.

The Vikings (4-3 overall) jumped out to a 3-0 lead after batting in the top of the fourth inning. Holtville opened with a run in the first and added two more in the fourth to build the lead.

Reynaldo Montiel had a hit, scored a run, and drove in two runs to lead the Wildcats, while Israel Espinoza and Tennessee Carranza also had one RBI apiece. Fernando Noriega got the win for Brawley, pitching three innings in relief without giving up a hit.

For the Vikings, Erik Garcia had a hit and two RBI and Rafa Espinoza had two hits in four at-bats.

VOLLEYBALL: Defending CIF Champs Are Back

The Vikings open Imperial Valley League action at 6 p.m. Tuesday, April 13, at Calipatria, then turn around and host the Hornets at 6 p.m. Thursday, April 15.

Brawley travels to Blythe to take on Palo Verde Valley in the IVL opener for both teams at 6 p.m. Tuesday, April 13, with the two teams meeting in Brawley at 6 p.m. Thursday, April 15.

Next
FLOW-VID? Floodgates on Vaccine, and Who Can Get it, Open Wide