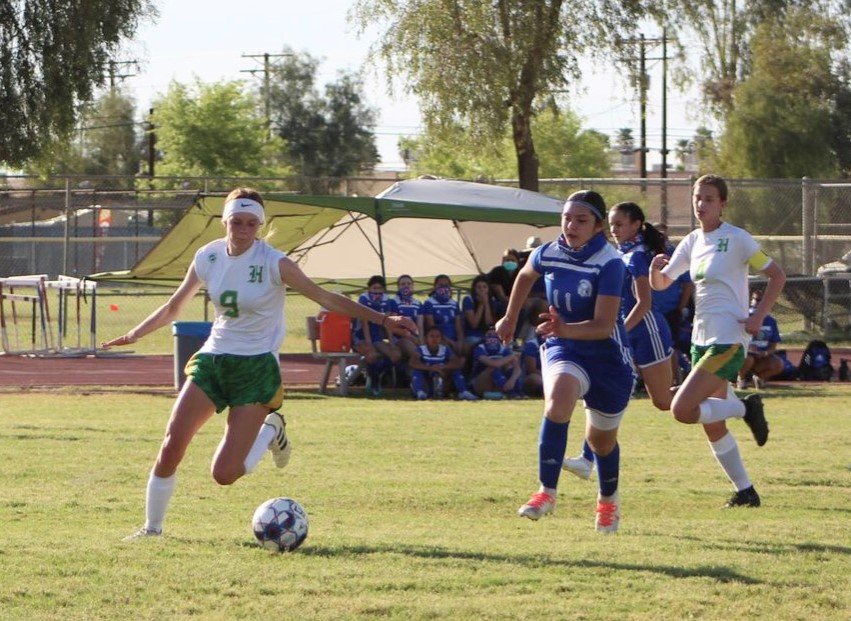 EL CENTRO — The Holtville High School girls’ soccer team seemed like it was on spring break during its game on Wednesday, April 7, against Central Union High, falling to the Spartans, 8-0, here.

The Vikings (1-6 overall) fell behind early with Central freshman Camila Munguia putting the Spartans on top five minutes into the game.

Munguia would go on to find the back of the net four times in the contest, followed closely by teammate Ashley Romero with three goals. Valeria Morales chipped in the other goal for the undefeated Spartans (8-0 overall).

Central opens Imperial Valley League play this week with a 5 p.m. home game on Monday, April 12, against Brawley (5-0-1 overall) and then travels across town to take on Southwest High at 5 p.m. Wednesday, April 14.

Next
BASEBALL: Wildcats Rally to Take Down Vikings