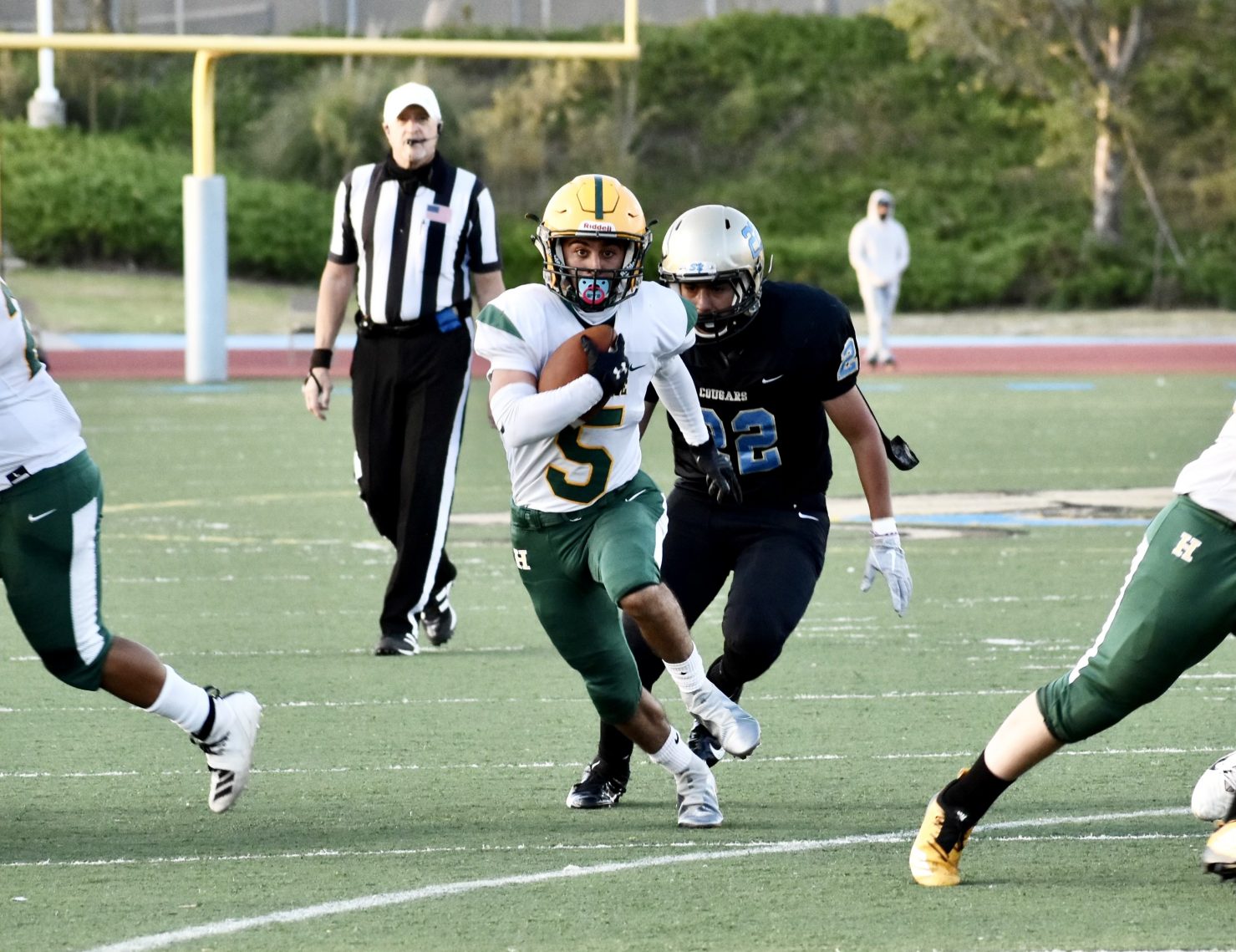 SAN YSIDRO — For the Holtville High School football team, the only drama in the season finale here came as the 14 seniors suited up for the last time and led the Vikings to a 43-0 victory on Friday, April 16.

The Vikings (4-2 overall, 3-0 in the Desert League) won the DL championship the week prior with a 50-6 victory over Mountain Empire, so this nonleague game was one last chance to honor the seniors.

Jason Turner, Holtville’s fourth-year head coach, has been with this specific group of seniors since they began playing flag football around age 6. He coached them through Pop Warner and once they became Vikings.

“This group is very special to me, they set the bar higher for all future Vikings coming through the program,” Turner said. “I think these kids lost one game the first year we started together in tackle football when they were so young.”

During the game on April 16, the Vikings’ rushing attack again shined bright as senior running back Abraham Ramos ran for two touchdowns and fellow senior Jose Devoux had one rushing touchdown.

“We talked all week about the ‘lasts’ these guys were going to face; last bus ride, last game, last time wearing the uniform,” Turner said. “But ultimately nothing compares to playing with your friends, and that’s what these guys are, friends that have become like family.”

Now Turner and the Vikings have a little less than four months to prepare for the beginning of the 2021 season, slated to get underway in August.