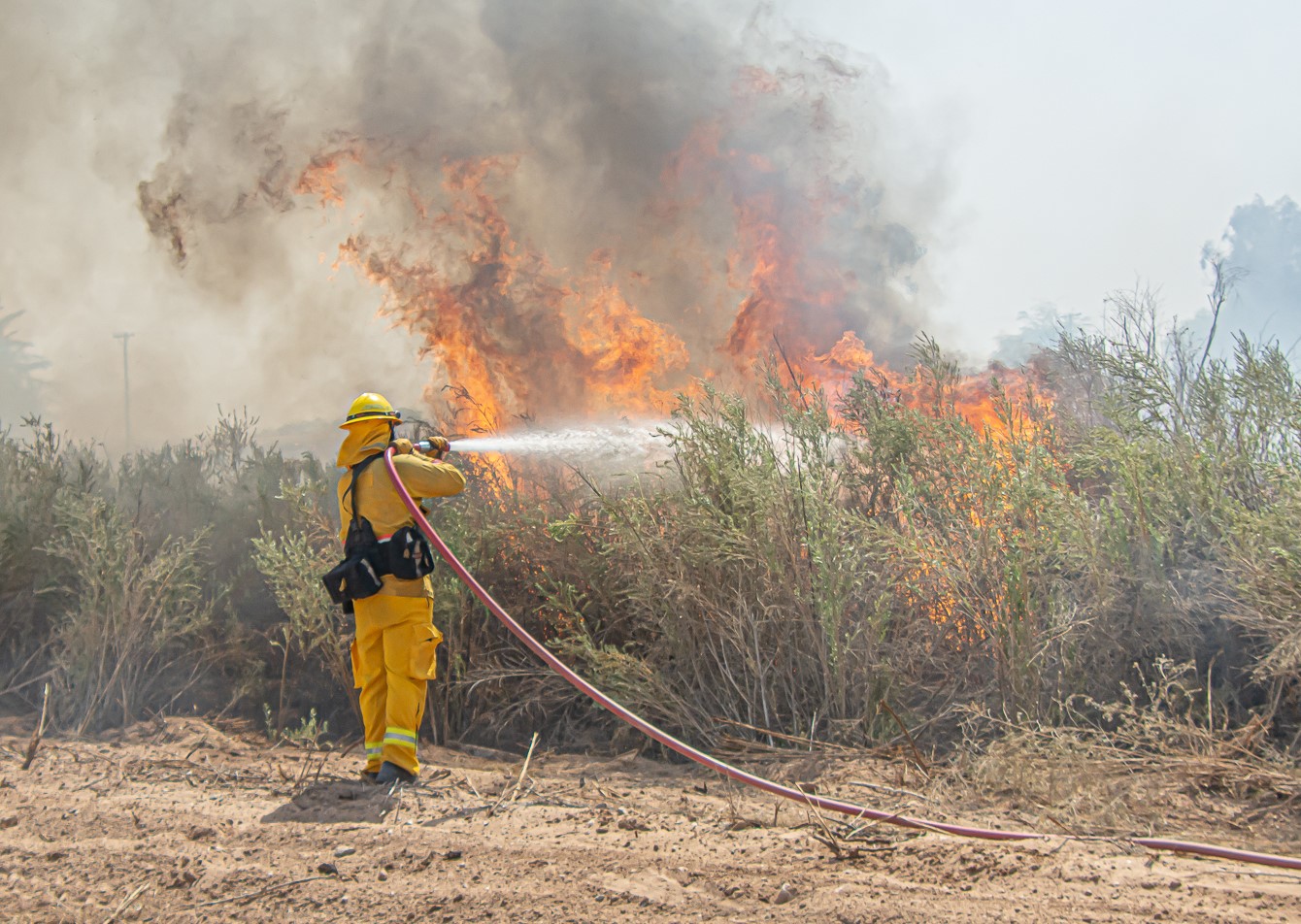 HOLTVILLE — About 80 acres of brush were consumed by a fourth-alarm fire that was reported northeast of Holtville near Norrish Road and the Highline Canal about 1:30 p.m. Sunday, April 18.

No injuries or damages to any structures or infrastructure was reported in the fire, although one occupied residence and nearby powerlines were initially threatened by the blaze, the Imperial County Fire Department reported Monday, April 19.

The cause of the fire remains undetermined. The fire was located about three to four miles northeast of Holtville on both sides of the canal and took several hours to extinguish, county fire Battalion Chief Juan Rodelo said.

Responding firefighters had initially encountered strong northerly winds at the scene, which made it more challenging to extinguish the fire, Rodelo said.

The last of the responding units left the scene about 8 p.m. Sunday. Although some county fire personnel remained on scene overnight into Monday to ensure the extinguished fire remained within its containment lines, he said.

A residence located at the northwest corner of Norrish and Graeser roads was initially threatened by the blaze, as were nearby electrical transmission lines. In response, personnel and resources were deployed to safeguard the residence and infrastructure.

“That was one of the biggest concerns we had,” Rodelo said. “That became a priority over everything else.”

Responding firefighters had been deployed to fight the fire on its western and eastern flanks to help with containment. The Imperial Irrigation District also deployed heavy equipment such as graders and bulldozers to help establish lines of containment, as well.

“IID was critical on assisting us,” Rodelo said.

Additional assistance was provided by the Holtville, El Centro, Calexico, Brawley, Westmorland, and Yuma fire departments. The Bureau of Land Management took over the investigation into the fire’s origins, Rodelo said.