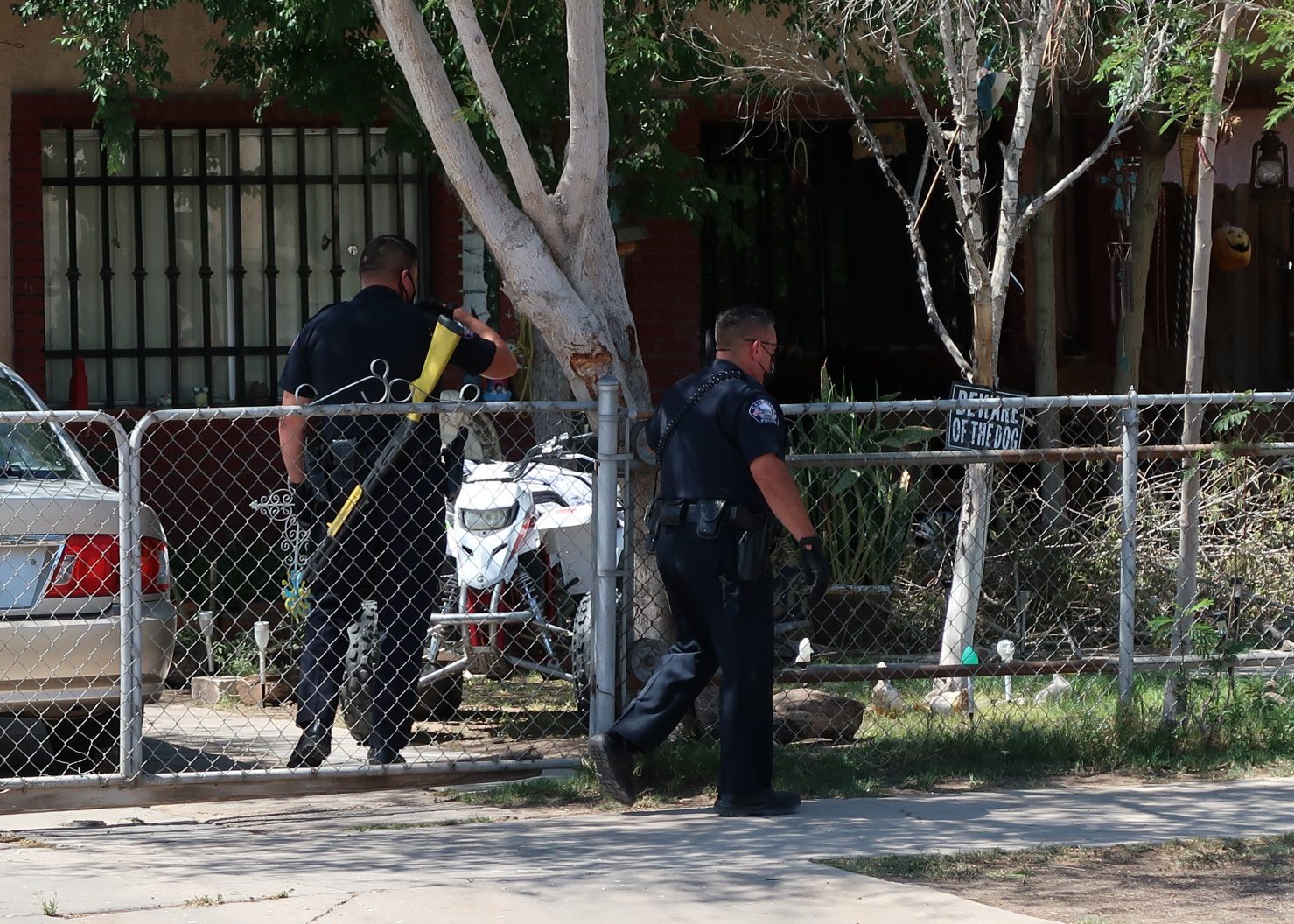 Calexico police officers are in the yard of a home where they attempted to locate an attempted murder suspect in the 700 block of Paulin Avenue on April 6. The suspect fled and is now considered armed and dangerous, according to police. | PRESLEY RAMIREZ PHOTO
Home
Public Safety
In Public Safety

CALEXICO — A 32-year-old convicted felon who is considered armed and dangerous is being sought in connection with a stabbing in the 700 block of Paulin Avenue on April 4, Calexico police announced on Facebook on Monday, April 19.

Although Calexico police are seeking the public’s help in locating the suspect, identified as Calexico resident Francisco Javier Velazquez, the enforcement detail to capture him on April 6 also led to the apprehension of five undocumented immigrants at the house in question and the detainment of a Los Angeles County gang member who was later released from custody.

This all was reported on a social media post from the Calexico Police Officers Association, which also provided a photo of the suspect. Velazquez, who “was not located and is currently wanted for attempted murder,” is also wanted on an outstanding arrest warrant on an unrelated case involving a concealed firearm in a vehicle.

Velazquez’s alleged victim was assaulted near that location two days prior to the search and “had been seriously stabbed and was transported to a local hospital,” the CPOA wrote in its post.

At some point leading up to the search, police identified Velazquez as the suspect and “officers converged onto Francisco’s residence and tactically approached his property. While entering the property, Francisco was alerted and fled. He was able to jump several nearby property fences,” the CPOA reported.

Five undocumented immigrants, located on the property, were turned over to U.S. Border Patrol agents called to the scene.

Those with information on Velazquez’s whereabouts are being asked to contact the Calexico Police Department at 760-768-2140, reference case No. C21-05089.

Next
4-Alarm Fire Scorches About 80 Acres Near Holtville