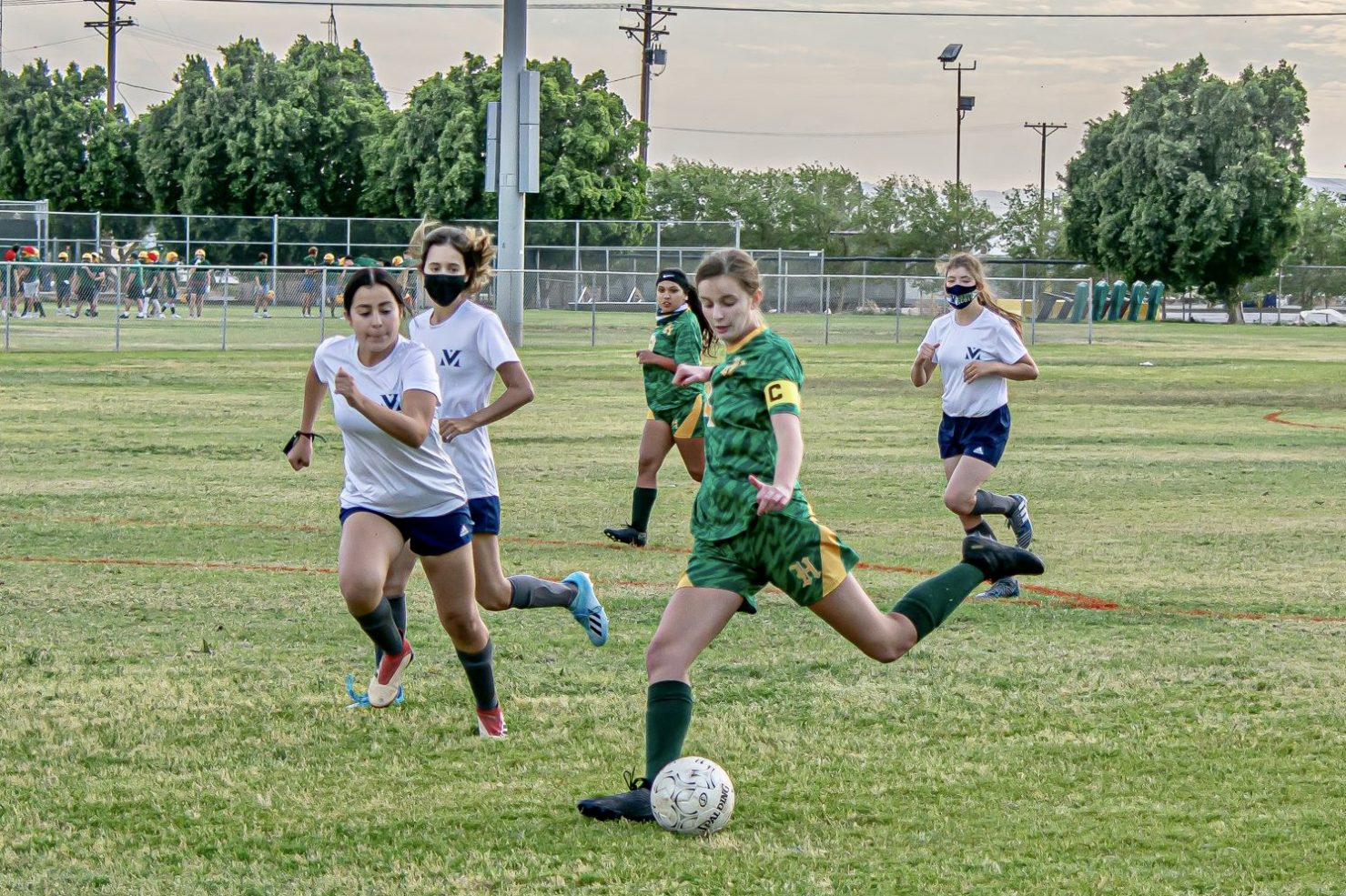 After several tough nonleague games, the Vikings (3-6 overall, 2-0 in DL) came into league play on a four-game losing streak, including narrow losses to Central, Brawley and Imperial.

Against Calexico, Holtville didn’t waste any time, jumping out to a 3-0 lead in the first half. Senior Amanda Strahm had one goal and three assists in the game and junior Giselle Gasca added two goals to lead the Vikings.

Holtville junior Lesley Sandoval also had a goal and an assist against the Bulldogs and junior Jasmine Reyes added a goal as well.

Seniors Brielyn Tran and Brytany Castro shared the goalkeeping duties with Tran saving six shots and Castro saving three to preserve the shutout for the Vikings.

Against Vincent Memorial, Strahm was again the offensive leader for Holtville, scoring three goals and adding in an assist. Sandoval finished with two goals and an assist while Reyes had a goal and two assists.

The Vikings jumped out to a 7-0 lead at halftime. Other goal scorers included senior Laura Mendoza, sophomore Ana Gastelum, and sophomore Mykenzie Wright.

Tran and Castro shared the goalkeeping duties again against the Scots.

Next
Brigadettes Change It Up with First Ranch Ride