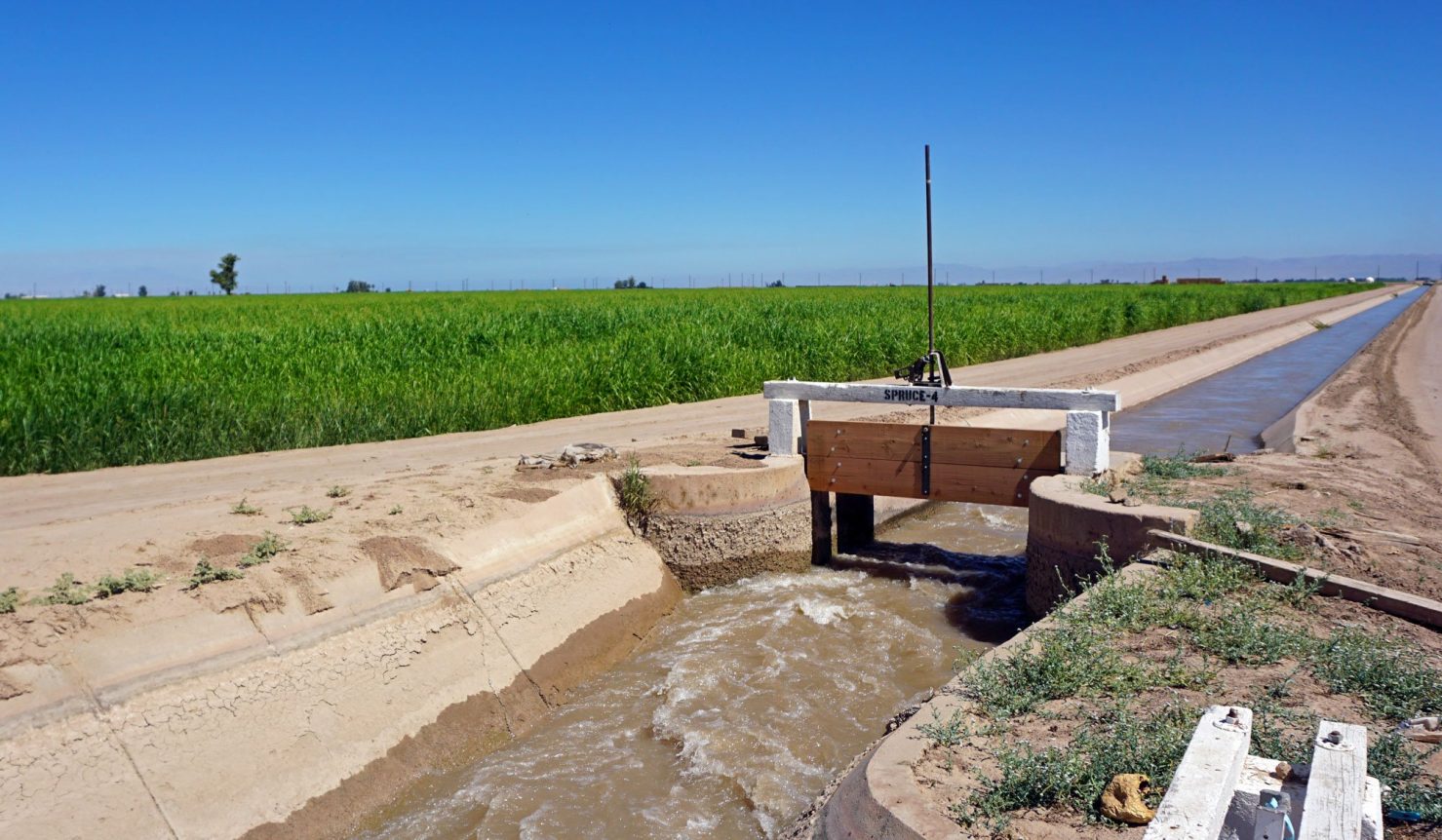 I.V. Farmers Concerned IID May Be Limiting Ability to Get Water

Some Imperial Valley farmers are concerned the Imperial Irrigation District might be decreasing their ability to get water to the fields.

However, at the district’s Board of Director’s Tuesday, April 20 meeting, director was assured by staff that canal-lining projects were not lowering the flow to farmers.

The Water Conservation Advisory Board presented a resolution to the board recommending a hold on canal-lining projects in the planning process.

“WCAB recommends to the IID Board of Directors that IID curtail any projects that have not moved through the design/construction phase, both new conservation projects and replacement projects, that include ditch lining, pipelines and all other ag water conveyance methods, until the IID staff meets with the IV ag community to discuss and address system capacity concerns and the present and future delivery needs for ag water users,” according to the resolution.

What the WCAB board members were concerned about is a lot of construction that has been done seems to have downsized the canals, said Larry Cox, WCAB board member who made the motion at the WCAB’s April 8 meeting to approve the resolution. The WCAB is not recommending the IID board stop projects already in the queue, but rather those that have not entered the design phase.

System capacity is already a problem in the region, Cox said.

“There’s certain ditches, especially where they have (a) pipeline, where we don’t have adequate system capacity,” he said.

The WCAB hopes to stop the restriction on future projects, he added.

IID board members responded to the resolution by questioning staff about whether the system is being shrunk.

“Some of our recent projects, whether it was lining or the culverts that you were talking about, are we reducing the size of our canals, or are they designed to carry the same flow?” asked board President James Hanks. “I know that the dirt canal have pockets that we can back the water up and store it, but I would think a cement canal would push the water faster. What do the engineers look for?”

“Our goal is to never decrease the capacity on syphons or canals,” Mike Pacheco, water department manager, replied.

Pacheco said he will speak with the chairman of the WCAB and set up a meeting to discuss the issue.

Lessening the system capacity would have a harmful impact on Valley agriculture, according to Brea Mohamed, executive director of the Imperial County Farm Bureau.

“If a project decreases the capacity of a canal, then water service is slowed down,” she said. “A number of water customers are experiencing a high number of carryovers, and many farmers have had water orders carried over for three or four days. This causes harm to our field crops, that especially when we experience heat, need to be irrigated.”