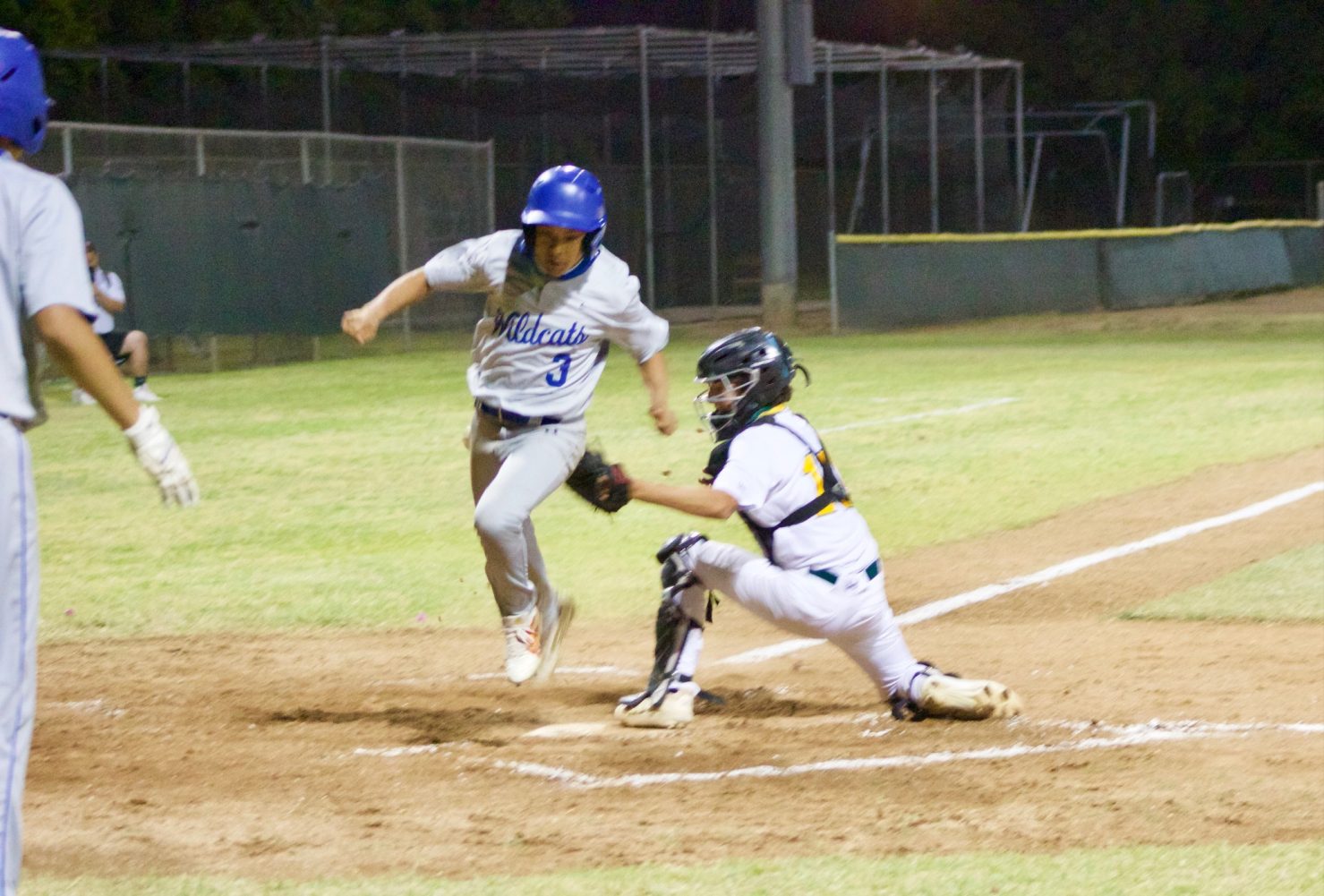 BRAWLEY — After a thriller in the first game of the Imperial Valley League doubleheader on Tuesday, April 20, the second game turned into a blowout on Friday, April 23, as the Brawley Union High baseball team finished a sweep of Holtville.

The second game, played at Weist Field in Brawley, was dominated by the Brawley pitching staff, mainly starter Angel Brodel, who went five innings, allowing two hits with six strikeouts and no walks. Three Wildcats teamed up to strike out 11 Vikings and allow just two walks and two hits and secure the 10-0 win.

Holtville had just two singles, one from sophomore Raul Sierra and another from junior Rafa Espinoza. Senior Norbert Irungaray and Espinoza pitched for the Vikings, allowing five runs each.

The first game of the doubleheader was in Holtville on April 20 and had a little bit of everything. Brawley looked to be cruising to a win by opening up a 6-1 lead after four innings and maintained that lead into the bottom of the seventh.

The Vikings plated five runs in the last half inning to tie the game, 6-6, and send it to extra innings. The Wildcats offense came to life again in the top of the eighth with four runs to take a 10-6 advantage. Holtville rallied in the bottom of the eighth but only managed one run, to make the final 10-7.

Eli Salgado was the offensive star for Brawley with two hits, including a double and four RBI. Reynaldo Montiel had two hits, a double and scored three runs and Tanner Carranza had a double, scored twice and drove in a run.

For the Vikings, it was Sierra leading the offense with four hits and three RBI, followed by J.R. Garewal and Espinoza, who each had a hit and an RBI.

Sierra was the starting pitcher for the Vikings, giving up four runs in 3.2 innings, with Garewal coming in relief and allowing six runs and two walks while striking out six.

Holtville has a busy week in the IVL ahead, traveling to Imperial for a 6 p.m. start on Tuesday, April 27, followed by a trip to Calipatria for a 7 p.m. start on Wednesday, April 28, and finally a home game against the Tigers set for 6 p.m. on Friday, April 30.

Brawley travels to El Centro to take on Central at 6 p.m. Tuesday, April 27, followed by the Spartans making the trek to visit the Wildcats at 6 p.m. Friday, April 30.