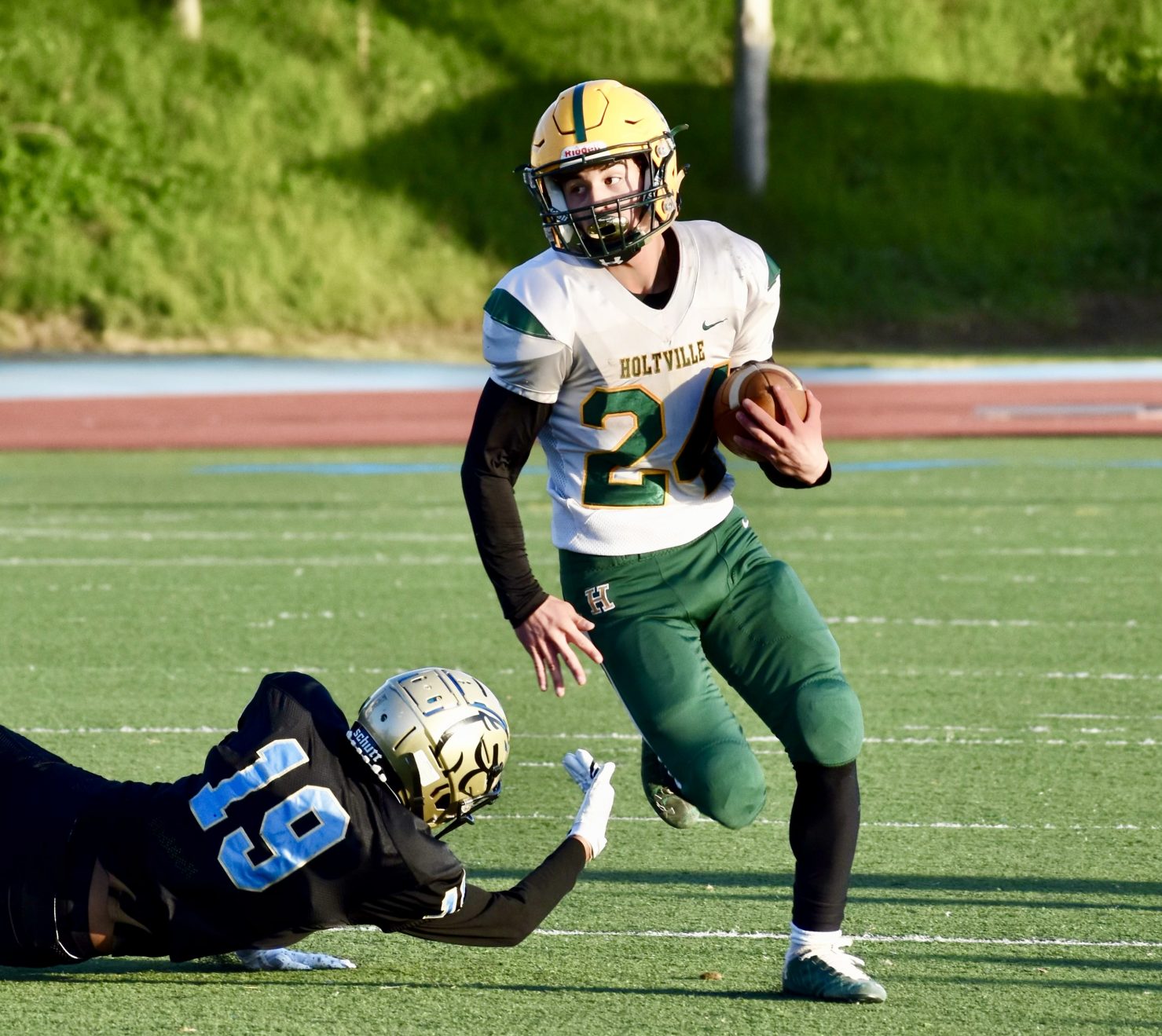 Holtville High School junior running back Payton Iten was named the Offensive MVP for the Desert League after racking up more than 500 yards rushing and 10 touchdowns in six games. | VALERIE MENDOZA PHOTO
Home
Sports
In Sports

Iten did the bulk of his damage after Holtville seniors Jose Devoux and Abraham Ramos were injured in the opening game against Brawley. Iten finished the final five games with more than 500 yards rushing and 10 touchdowns.

Merten, who has signed a letter of intent to play football at the University of LaVerne in the fall, led the Vikings in tackles averaging more than 15 tackles per game and totaled close to 30 solo tackles in the short season.

“Payton stepping up like he did was wonderful to see,” said Jason Turner, Holtville High’s fourth-year head coach. “In football everyone has to have that ‘next-guy-up’ mentality because you never know when your number is going to be called.”

Other Vikings named to the first-team All-DL offense were four offensive linemen who opened the holes for Iten and the rest of the Holtville running backs: Alonzo Ambrocio, Alonzo Valenzuela, Nicholas Villegas, and Roman Ordonez. The final member of the Vikings on the first-team offense was Ramos, who finished with almost 400 yards rushing and five touchdowns in limited action.

Holtville players on the first-team All-DL defense along with Merten were linebackers Jeramiah Higgins and C.J. Nuñez, defensive end Jonathan Heraz, and corner back Isidro Garcia.