IMPERIAL COUNTY — The following reports were collected from the Imperial County Sheriff’s Office call logs from April 12 through April 18.

12:38 p.m.: A resident of Mountain View Drive in Desert Shores called sheriff’s deputies to report that an unknown subject in a black Nissan Sentra had been driving around the area and parking in random locations since the previous night.

7:43 p.m.: Deputies responded to a tree and camp on fire at Slab City near Niland with an adjacent vehicle threatened by the fire.

9:53 p.m.: A resident of Main Street in Niland called deputies to report that a male subject was at her front door and had threatened her life. The caller also advised that the man broke her window the previous morning.

3:10 a.m.: A resident near Niland reported two men screaming and fighting in the middle of an intersection.

5:39 a.m.: A Seeley resident called 911 to report hearing a woman screaming throughout the night.

10:39 a.m.: Multiple deputies responded to reports of a man in a black sweatshirt and brown shorts walking southbound on the shoulder of Highway 86 near Salton City with a machete in his hand.

3:47 p.m.: The California Emergency Operations Center alerted deputies to a possible dam failure at Ramer Lake south of Calipatria. They warned that Highway 111 could be affected if the dam fails. (Read a press release about the closure here.)

8:58 p.m.: An employee at Speedway Truck Stop near Calexico called deputies to report that a customer who had asked for $30 worth of gas and had pumped $90 worth was refusing to pay the difference.

9:24 a.m.: An entire haystack of 225 6-foot by 3-foot bales was reported stolen from a location near the intersection of Old Highway 111 and Brownell Road outside of Calipatria. The haystack weighed in at 200 tons and worth approximately $20,000.

11:08 a.m.: A female subject in the Heber area called 911 and said that two men were following her and trying to kill her. She told dispatch that she was near a canal and Pitzer Road.

12:30 p.m.: A Desert Shores woman called deputies to report being bitten by a neighbor.

12:42 p.m.: A subject reported being assaulted by a man and a woman at the Paradise Casino bus stop in Winterhaven.

1:33 p.m.: Three sheriff’s deputies, an ambulance and a fire engine were dispatched to a residence in Heber after a caller reported a “strung out” man on their front lawn. The caller advised deputies that the man does not live at the home and “seemed out of it.”

5:30 p.m.: A Salton Sea Beach resident reported seeing a dog tied up that was being stung by wasps and had possibly died. The caller advised deputies that it was not safe to approach before hanging up.

6:47 p.m.: A passing train reported a subject messing with a railroad car full of hazardous materials in the Niland area.

3:47 a.m.: An employee at the Chevron Station in Salton City reported a male subject was smoking drugs in the bathroom and pushed him before leaving the area. The store employee also told deputies that he believes the man may have stolen something from the store as he was “playing with his pockets a lot.”

8:22 a.m.: A caller reported finding an abandoned vehicle partially off the road spewing gasoline out of its back end near the intersection of Evan Hewes Highway and Forrester Road outside of Seeley.

5:35 p.m.: Seven sheriff’s deputies and an ambulance were dispatched to the corner of Highway 115 and Towland Road near Holtville after receiving a report of a homeless man with a knife stabbing a telephone pole.

9:19 p.m.: A Winterhaven resident reported that somebody had been shining lasers into his home for the past 20 minutes. The caller said that this is a common occurrence and requested extra patrol checks of the area.

9:44 a.m.: Deputies responded to a call in the Winterhaven area from a subject who said they’d been stranded in the desert for three days with no food or water after becoming lost while sightseeing. The caller told deputies they’d be in a dark gray Toyota Prius near Power Tower 533.

11:36 a.m.: Deputies received a report of a man making racist comments while walking down the street near the Niland Post Office. The caller told deputies that the man was wearing all black and carrying a backpack.

12:13 p.m.: A subject called deputies from the Glamis area and reported receiving text messages from somebody claiming to be “in the cartel” and threatening to kill him if he doesn’t pay them. The caller reported that the anonymous texter was able to provide his name and home address.

12:53 a.m.: A woman called 911 from a location outside of El Centro and informed the dispatcher that she was under the influence of alcohol and that there have been “strange things” in front of her house. The woman said that she’d hurt her foot but declined medical help. She told the dispatcher that people had been making fun of her, so she was hiding in the bushes to get away from them.

5:16 a.m.: A Heber resident reported that somebody had punctured all four of their vehicle’s tires during the night.

3:41 p.m.: A man reported finding a gun on the side of the road in Niland. The man didn’t touch the weapon but took a photo of it with his phone and was able to guide deputies to the location.

7:01 p.m.: A Niland resident called deputies to report a woman dancing naked while smoking a cigarette at a nearby dog rescue operation.

1:19 p.m.: A Heber resident request the assistance of deputies in removing a litter of kittens from inside the walls of their home.

1:30 p.m.: A male subject called 911 from the Ocotillo Wells area and said that he just crossed into the U.S. and became lost in the desert. The caller advised the dispatcher that he “only sees mountains” and is in need of rescue. The dispatcher advised the caller that they would be contacting the U.S. Border Patrol to assist in locating him.

2:43 p.m.: A man called deputies from the corner of Highline Road and Worthington Road to report catching a man in blue jeans with no shirt trying to steal a tractor. 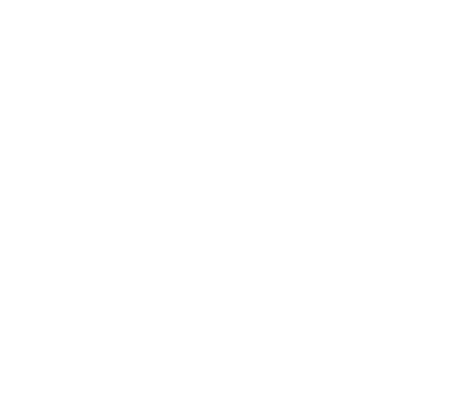