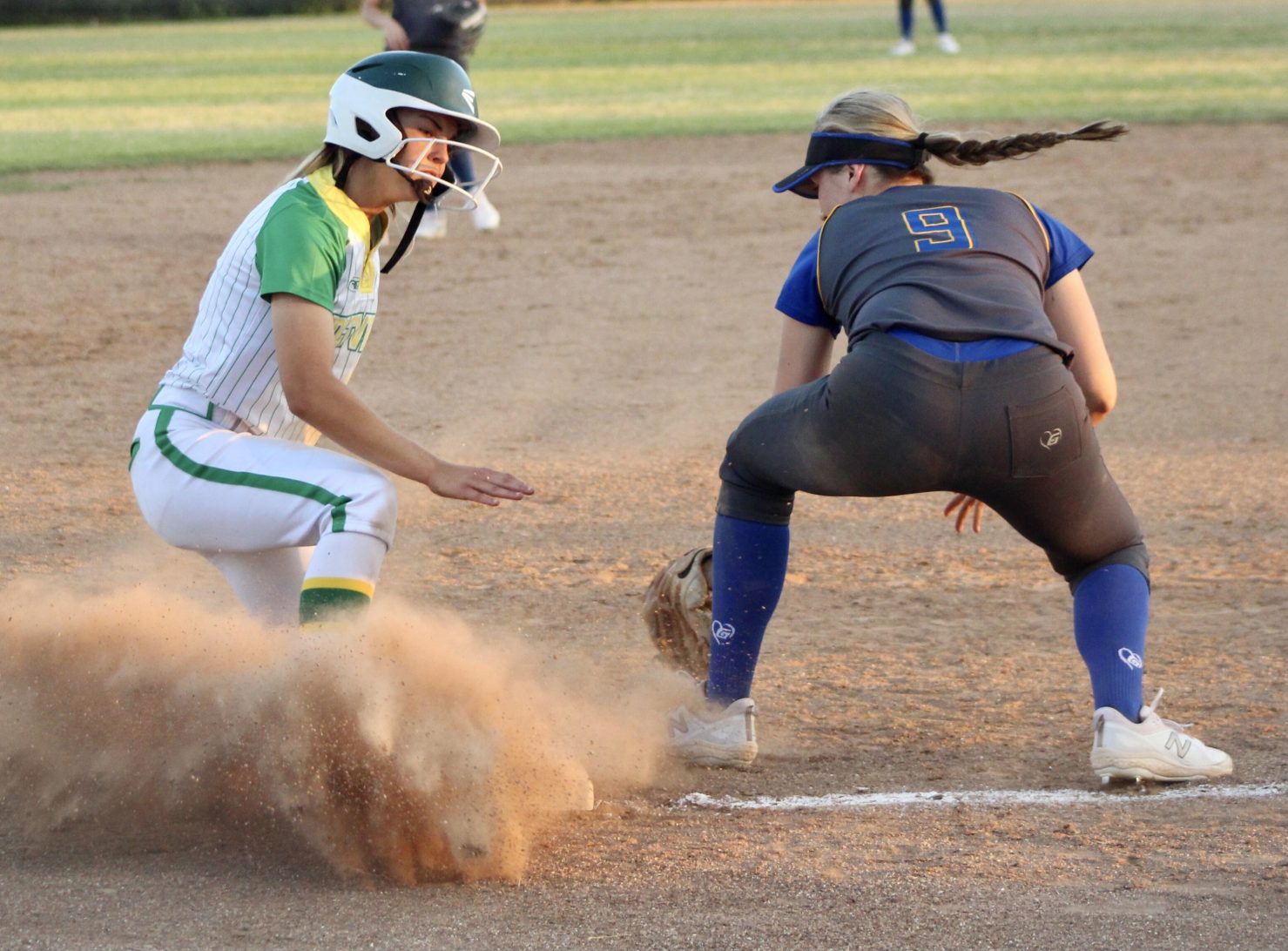 HOLTVILLE — The Holtville High School softball team continued its winning ways and ran its record to 9-0 to start the season with a two-game sweep of Brawley Union High in Imperial Valley League action.

The Vikings (4-0 in IVL play) went to Brawley and won a 10-8 slugfest on Tuesday, April 20, then used solid pitching and defense to win the rematch, 5-1, in Holtville on Friday, April 23.

The two-game sweep of the Wildcats (4-7 overall, 2-2 in IVL) came after an 11-3 victory against La Jolla on Monday, April 19, to start the busy week for the Vikings.

In La Jolla, sophomore Kalli Strahm pitched a complete game, allowing three runs on seven hits. The Holtville offense was led by Strahm and sophomore Kamryn Walker with three hits each. Senior Emily Zarate and freshmen Brooke Strahm and Kaitlyn Havens all drove in two runs each for the Vikings.

In Brawley on April 20, the Vikings jumped out to a 6-0 lead after the top of the fifth inning, only to see the Wildcats come roaring back with seven runs in the bottom of the fifth and take a 7-6 lead.

Holtville responded with four runs in the top of the sixth to build its lead to 10-7 and limited the Wildcats to one run in the bottom of the seventh for the final score, 10-8.

“This is such a resilient group of girls and they aren’t going to lose any battle without a fight,” said Melissa Snyder, Holtville’s fourth-year head coach. “The perseverance that lies within this group is unmatched.”

Vikings’ senior Zamara Gutierrez started on the hill and went four innings, allowing eight hits and four runs. Kalli Strahm relieved her in the fifth and pitched the final three innings to get the win, allowing four runs on seven hits.

Sophomore Sophie Irungaray paced the Vikings with three hits, including a double and RBI. Gutierrez had a three-run home run and Havens had three hits including a home run with two RBI and a run scored. Kalli Strahm had two hits and scored a run and sophomore Demi Johnston had a hit and scored twice.

The April 23 game in Holtville featured much more defense and pitching as the Vikings and Wildcats dueled once again. Brawley scored in the top of the first inning to take a quick 1-0 lead, but Holtville answered with three in the second and two in the third to build a 5-1 lead. Neither team was able to do anything offensively the rest of the way as pitching dominated.

“Because the schedule has been modified this year to where you play the same team in the same week, we knew we had to up our game,” Snyder said. “We executed exactly what we game planned, and it is so fun to see that unfold. The girls are up for any challenge and love every bit of IVL softball.”

Kalli Strahm got the win again for Holtville, giving up just the one run on six hits and walking two. Marissa Pena took the loss for Brawley, going four innings, allowing three runs on six hits.

Offensively for the Vikings, it was Brooke Strahm leading the way with three hits and an RBI, followed by Johnston with a hit, a walk and a run scored. Havens had two hits and scored twice and Irungaray had a hit and RBI.

Holtville has another three-game week coming up, hosting Imperial at 6 p.m. Tuesday, April 27, then traveling to take on Morse of San Diego at 4 p.m. Wednesday, April 28. The return game with Imperial takes place on the Tigers home field at 6 p.m. Friday, April 30.

Brawley will host Central Union at 6 p.m. Tuesday, April 27, then make the trek to El Centro to play the Spartans at 6 p.m. Friday, April 30.