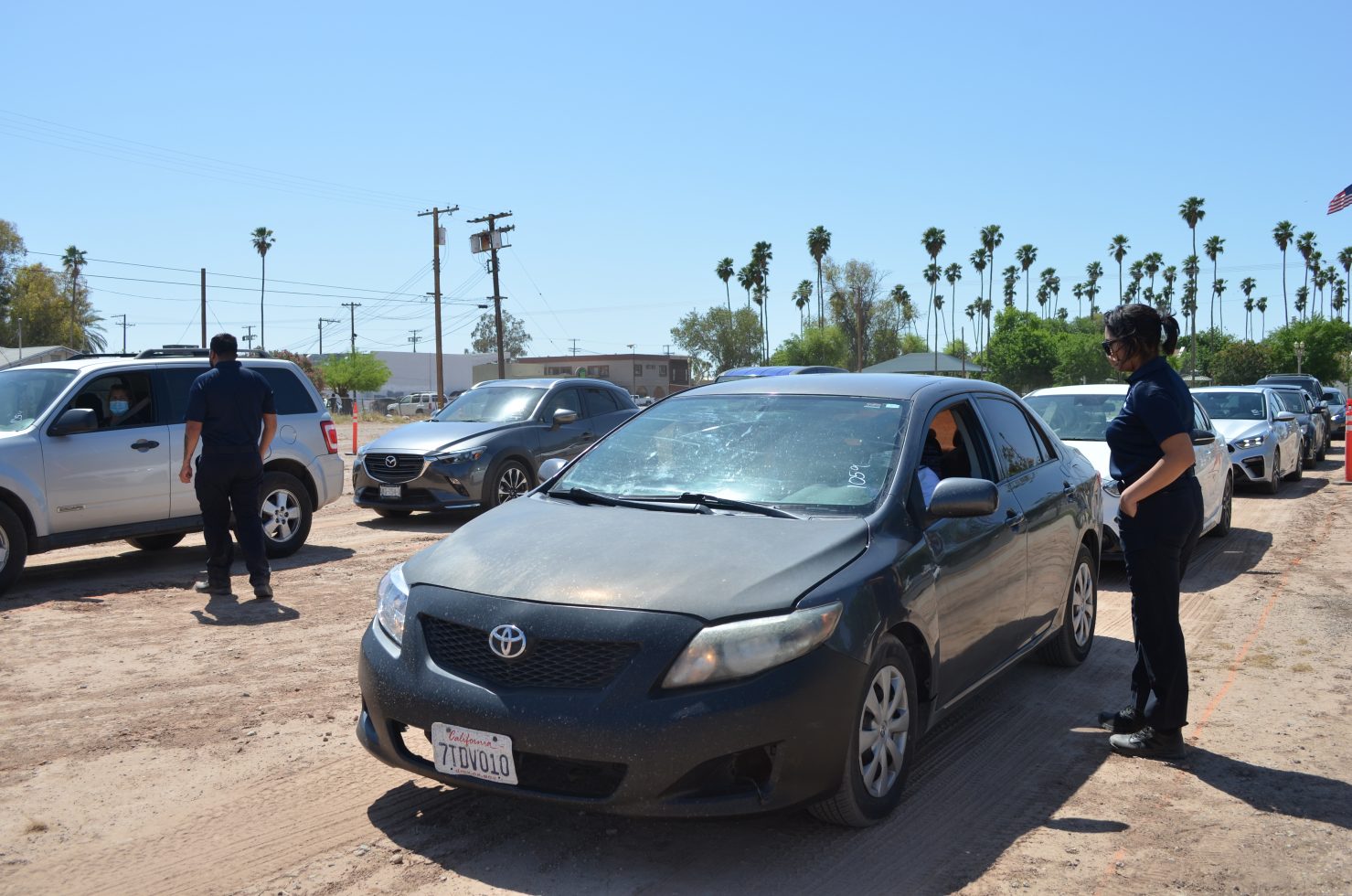 Dr. Soun reported that 584 individuals of the 900-plus registrants received doses

HOLTVILLE — Though Dr. Vincent Soun characterized his most recent COVID-19 mass vaccination clinic in Holtville as a logistical success, the feat was tempered by the fact that a significant number of the more than 900 who registered had failed to show.

All told, just 584 individuals showed up to receive a vaccine from the 1,000 doses of Moderna that Soun’s Sarin & Tao Family Medical Clinic had available during the Wednesday, April 21 event.

Soun said he attributed the less-than-expected turnout to the general public’s unfamiliarity with registering for a vaccine via the state’s My Turn website, and lingering concerns about adverse side effects following news that several people nationwide developed blood clots after receiving the Johnson & Johnson/Janssen vaccine.

Even so, some positive news did emerge from the vaccination clinic his Pine Avenue office hosted on April 21, with the assistance of Holtville firefighters and student volunteers.

The lower turnout is not exclusive to Soun’s Holtville practice, as county Public Health Department officials and other local medical providers have indicated in recent weeks that vaccine demand has tapered off since initially becoming available.

Yet, the lower turnout hasn’t deterred Soun from his goal of vaccinating as many people as possible, and in particular Holtville residents.

He and his staff have already begun registering people for a possible two-day mass vaccination clinic on May 20 and 21, where a total of 2,000 doses could potentially be available. As of Monday, April 26, his office staff already had 587 individuals signed up.

As of Monday, Dr. Soun had vaccinated a total of 1,297 individuals through a series of drive-through clinics his office has hosted since February.

Fifty-year-old Holtville resident Beatriz Espinoza added her name to that growing list on April 21. Though she was eligible to have received the vaccine at the start of April, when the state lowered the age requirement from 65 to those ages 50 and older, Espinoza didn’t exactly jump at the opportunity.

“The truth is I was a little scared,” Espinoza said in Spanish.

Part of her reservation stemmed from the general anxiety that Espinoza said she generally contends with, as well as the frequent reports she heard about people getting sick from the vaccine.

“So, I waited a little to see how things turned out,” she said. Accompanying Espinoza for the vaccination was her 27-year-old son.

In contrast to Espinoza’s initial reluctance, 58-year-old Calexico resident Sandra Chavez said she wasn’t in the slightest bit worried about any potential side effects.

“I wasn’t worried about that as much as just getting vaccinated,” Chavez said in Spanish. “I’ve been wanting to get vaccinated.”

Yet that eagerness did not translate that easily into a quick appointment for Chavez, as her prior attempts to make an appointment in Calexico did not pan out. She, too, was joined by young family members during the April 21 drive-through clinic, including her 20-year-old nephew Jose Medrano, who admittedly was not as excited to get vaccinated as his aunt.

“I felt like they dragged me here,” Medrano said, half-jokingly.

Previously, both he and his sister were scheduled to receive the J&J/Janssen vaccine but did not do so after the federal government paused its use on April 13 after six people, out of some 6.8 million doses administered, had developed a rare type of blood clot.

And while Medrano admitted to being something of a homebody, he was looking forward to being fully vaccinated so he could at least start reuniting with friends.

“But that all depends if all of them get vaccinated,” Medrano said.

The nationwide pause of the J&J/Janssen vaccine was lifted on Friday after a thorough review by medical teams from the U.S. Food and Drug Administration and the U.S. Centers for Disease Control and Prevention.

Currently, those ages 16 and up are eligible for a COVID-19 vaccine in California. Dr. Soun said his office has fielded its share of requests from 16- and 17-year-olds wanting to be vaccinated, but the Moderna doses that he has been frequently allocated can only be administered to those 18 years and older. He is trying to acquire Pfizer vaccines, which can be administered to those who are 16 and 17 years old.

Since February, his office has been allocated about 300 doses a week, he said. That allocation has largely been dependent on overall availability and the allocations of other local providers.

For next month’s planned vaccination clinic, Soun said he hopes to administer enough second doses of the Moderna vaccine for those who received their first dose on April 21.

During the Holtville City Council meeting Monday, April 26, council member Mike Pacheco said he had attended one of Soun’s previous vaccination clinics to receive the J&J/Janssen dose and was impressed by the efficiency of Soun’s staff and how smoothly the event ran.

Soun, who was also in attendance, said that the event could not have operated without the assistance of the city, its fire and public works departments, county Sheriff’s Office and volunteers from the Chamber of Commerce and Imperial Valley College.

“We cannot do it without the city’s assistance,” Soun told the council.

During the meeting, Holtville Fire Chief Alex Silva also thanked city personnel for their assistance. During the April 21 drive-through clinic, multiple firefighters had assisted with administering the vaccine. Silva said the state will be reimbursing department personnel for the time they spend at such mass vaccination clinics.

“They were out there pushing for it,” Silva said, referring to the state’s insistence to have local firefighters trained to vaccinate people.

Next
Sentencing for Ex-Calexico Politico, His Crony Delayed Again