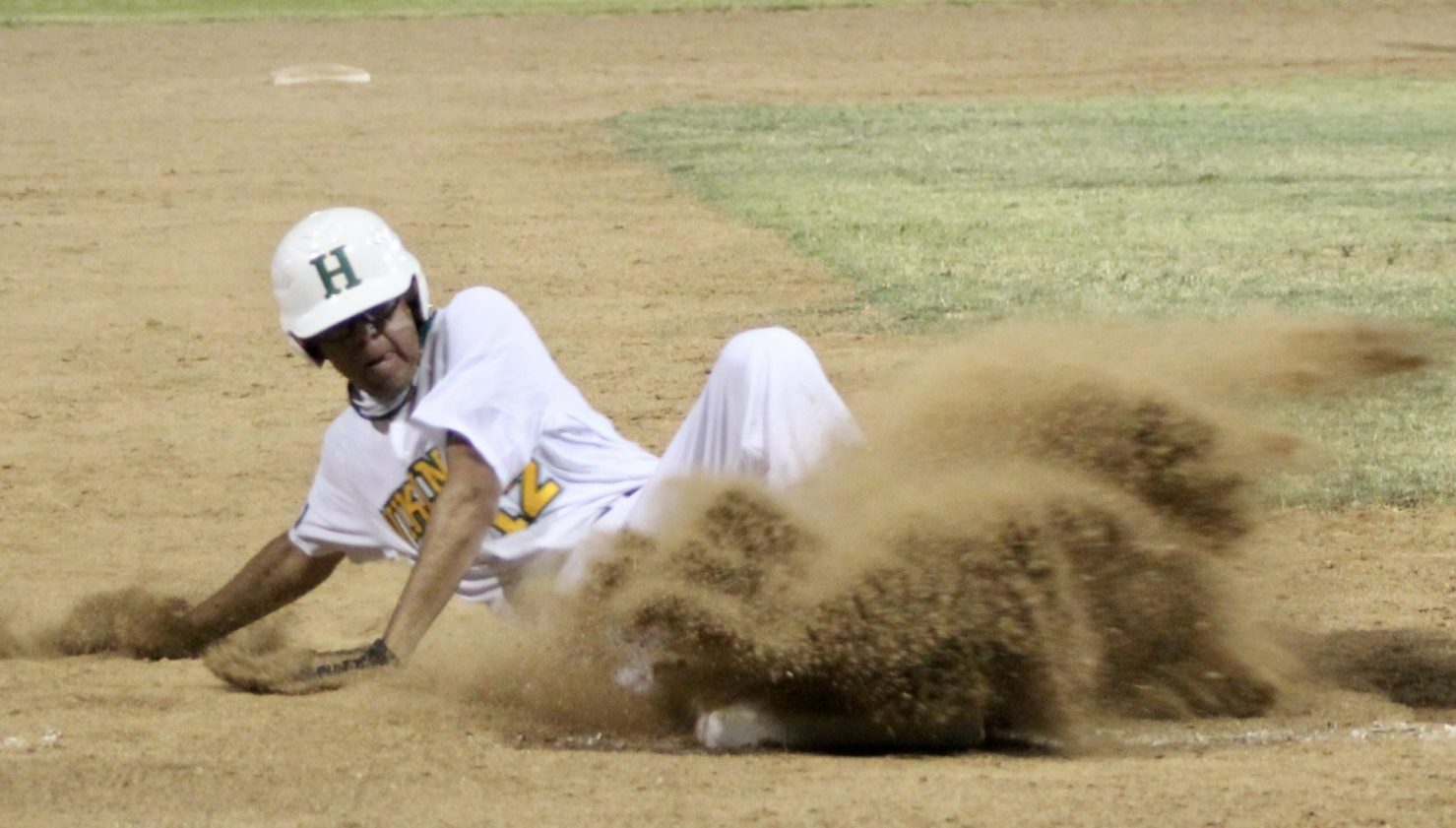 Trailing 7-1 after four innings, the Vikings (6-6 overall, 2-3 in IVL play) scored twice in the bottom half of the fifth and exploded for seven runs in the sixth to pull ahead 10-7.

A listless Holtville offense that had managed just one hit through the first four innings against Imperial (6-7 overall, 4-2 in IVL) banged out eight hits in the final two innings.

In the fifth, the Vikings got an RBI single from junior Donovan Johnston and an RBI double from Norbert Irungaray to narrow the margin to 7-3.

The sixth inning saw Holtville send 11 batters to the plate with the key hits being a bases-loaded single from junior J.R. Garewal and an RBI single from Irungaray. Holtville had five hits in the inning, a walk and took advantage of three Imperial errors to plate seven runs and take the 10-7 lead.

The Tigers’ final at-bat in the seventh inning saw a spectacular play by Holtville’s senior shortstop Erik Garcia to get the first out, followed by a strikeout and a lineout to third base to end the game.

Vikings’ senior Arturo Lazos pitched the final three innings in relief and didn’t give up a run, allowing just two hits and a walk. This after the Tigers banged out seven runs on six hits in the first four innings against the Holtville starter Garewal.

“I was going out there to pitch and do whatever I can to help the team,” said the 18-year-old Lazos about coming in to pitch trailing 7-1. “It’s baseball and anything can happen.”

Lazos’ off-speed pitches seemed to keep the Tigers off balance and out of sync after they teed off on Garewal early in the game.

“He came in with that split-finger pitch, his changeup and his curveball,” said Benny Carter, Holtville’s head coach. “J.R. (Garewal) didn’t have his best game but now you bring in Arturo and you are changing speeds and deliveries and it worked well tonight.”

Imperial jumped out to a 2-0 lead in the first inning, thanks to three hits, a walk, a hit batter and a wild pitch. The Tigers Aaron Barron started and kept the Vikings in check through four innings, allowing just one run on one hit and striking out eight.

Earlier in the week, Imperial defeated Holtville, 12-5, on Tuesday, April 27, in Imperial. The Tigers built an 8-1 lead after three innings and got a big game from Joaquin Alvarado who had three hits and an RBI and from Garett Brown who had two hits, two RBI and scored twice.

On Wednesday, April 28, the Vikings traveled to Calipatria and routed the Hornets, 20-1. A seven-run second inning put Holtville up 9-1 en route to the easy victory. Raul Sierra had four hits to lead the offense, scoring three times and driving in two runs.

Irungaray started and got the win for Holtville in Calipatria, going five innings, allowing one run on three hits with 11 strikeouts and six walks.

Next up for the Vikings is a doubleheader against Calexico as they will travel to the border city on Monday, May 3, for a 6 p.m. start and then return to Holtville for a 7 p.m. start Wednesday, May 5, against the Bulldogs.

Next
TRACK & FIELD: Bulldogs Run Past Holtville in Sprints, Relays