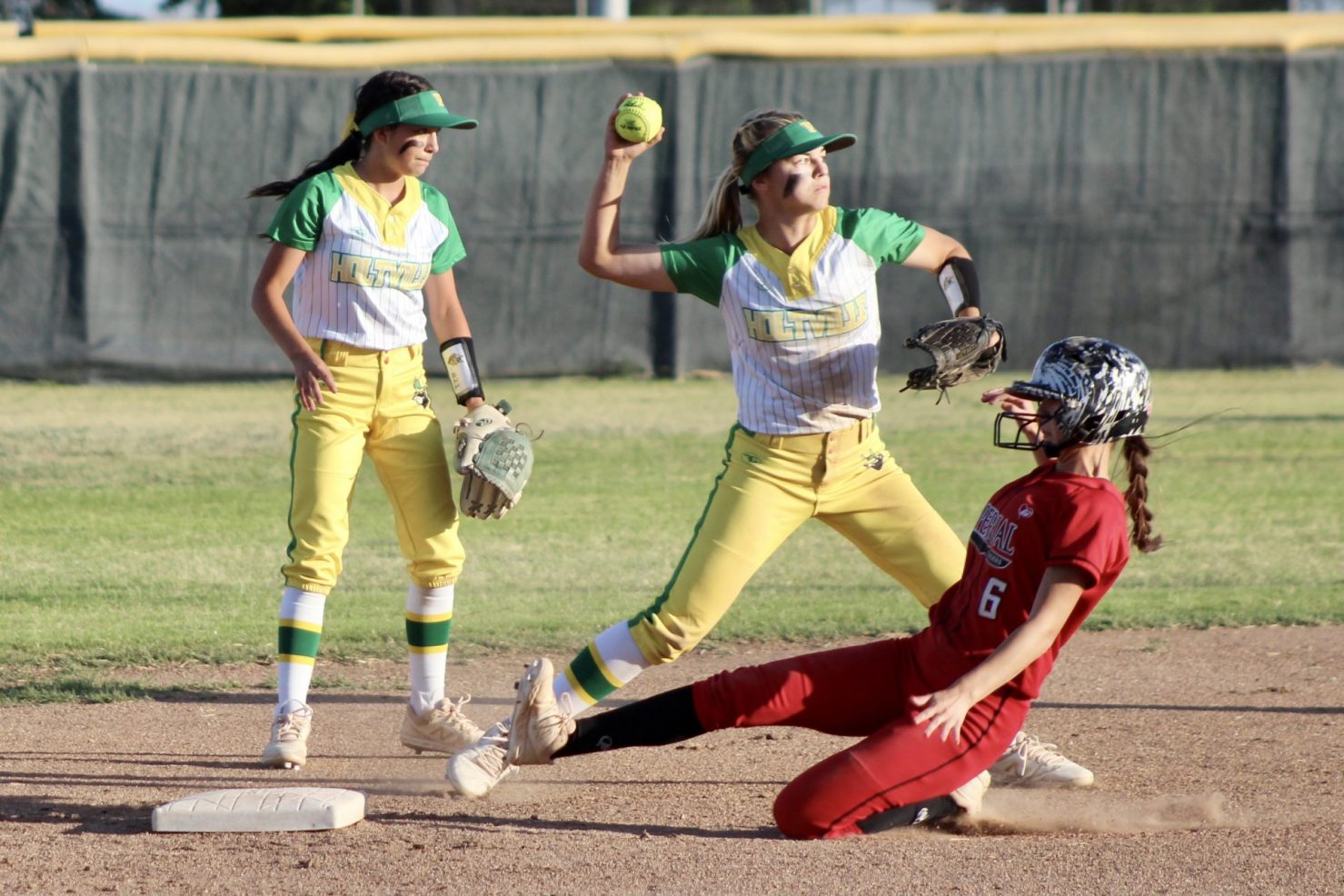 Holtville High School sophomore shortstop Kamryn Walker throws to first base after getting a force out at second during the Vikings’ game against Imperial High in Holtville on Tuesday, April 27. | CATHI PHILLIPS LARIOS PHOTO
Home
Sports
In Sports

IMPERIAL — It was a bittersweet week for the Holtville High School softball team as the Vikings lost their undefeated season in a nonleague game in San Diego, but also swept a doubleheader against rival Imperial High in Imperial Valley League action.

Holtville (11-1 overall, 6-0 in IVL action) finished the sweep of the Tigers with a 5-2 victory in Imperial on Friday, April 30. The Vikings opened a 4-0 lead after three innings and got a complete-game victory from senior hurler Zamara Gutierrez for the victory.

The Tigers narrowed the gap to 4-2 in the bottom of the fourth inning, but the Vikings were able to tack on an insurance run in the top of the seventh inning for the final margin, 5-2.

Gutierrez finished the game allowing two runs on six hits with four strikeouts and no walks.

On April 28, the Vikings traveled to San Diego to take on Morse High and led 5-3 after the top of the fifth inning but couldn’t hold on, giving up five runs in the final two innings and falling, 8-5.

Sophomore Kalli Strahm pitched and allowed the eight runs on nine hits with five strikeouts and four walks. Holtville was led offensively by Sofie Irungaray who had a grand slam homer. Johnston finished the game with two hits and a run scored.

On April 27, the Vikings hosted Imperial and cruised to a 13-3 IVL win. Strahm got the complete-game win, allowing three runs on eight hits with two strikeouts and no walks.

Holtville continues IVL action with a doubleheader against Calexico, hosting the Bulldogs at 6 p.m. Tuesday, May 4, then traveling to the border city for a 6 p.m. contest on Friday, May 7.