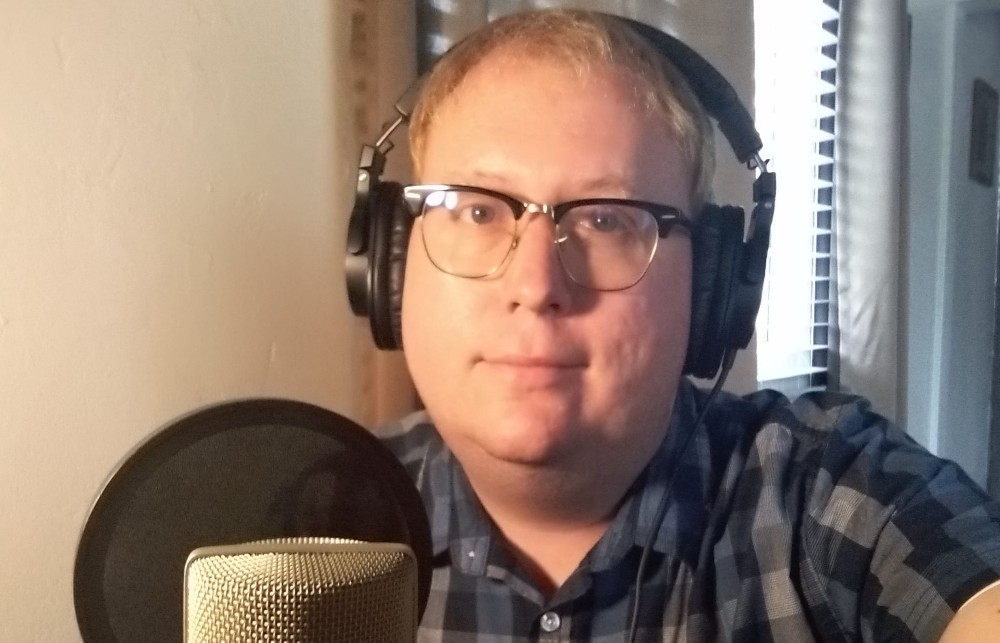 SAN DIEGO — Prior to his career in broadcast news, Eddie McCoven spent 10 years working in retail at several Kmart and Sears stores. At a number of Kmarts, including outlets in El Centro, Mission Valley, Chula Vista, Ramona and Indio, McCoven was that store’s designated public address announcer.

“Attention Kmart shoppers,” McCoven would say. “Just in time for spring, a new shipment of beautiful flower plants and gorgeous patio furniture has just arrived in the Garden Department. Stop by and check it out. Thank you for shopping your friendly Mission Valley Kmart.”

The native of El Centro began working at his local Kmart after graduating from Imperial High School (class of 2001). “I announced a few times about a few Blue-Light specials but Kmart had phased out that program,” said McCoven.

“Over the years, several of my store general managers said to me that I should think about working at a radio station because of my clear voice, but I dismissed it at the time. I probably should have listened to them.”

Today, McCoven is a news anchor and reporter for San Diego news-talk radio station KOGO 600-AM. He succeeds Joshua Lipton, who was recently left KOGO for a new career as a U.S. Postal Service mail carrier.

“Broadcast news is a second career for me, but I believe I was destined for it,” McCoven told Times of San Diego. “I enjoy informing people with the information they need and giving a voice to people who otherwise might not be heard.”

Prior to joining KOGO, the 38-year-old McCoven worked for three years (2017-2020) at One America News Network as a writer, producer, and reporter. He also worked in San Diego at KUSI-TV as a news writer and at the San Diego Community College District as a public information assistant.

Headquartered on Morena Boulevard in San Diego, OANN is a national news network known for its conservative, right-leaning views.

“I left One America because I didn’t agree with the philosophy of covering only one side of the news,” said McCoven. “Whether it’s MSNBC, CNN, Fox or Newsmax, it’s not right to tell only part of the story.”

McCoven earned a bachelor’s degree in 2016 in public relations and advertising from Pacific Lutheran University, based in Tacoma, Washington. In college, he worked at KPLU (now KNKX), an NPR (National Public Radio) affiliate.

In addition to writing and producing stories for KOGO’s four-hour morning news show, McCoven also prepares news content for iHeart Media’s radio stations throughout California and for listening on mobile devices over the iHeart app.