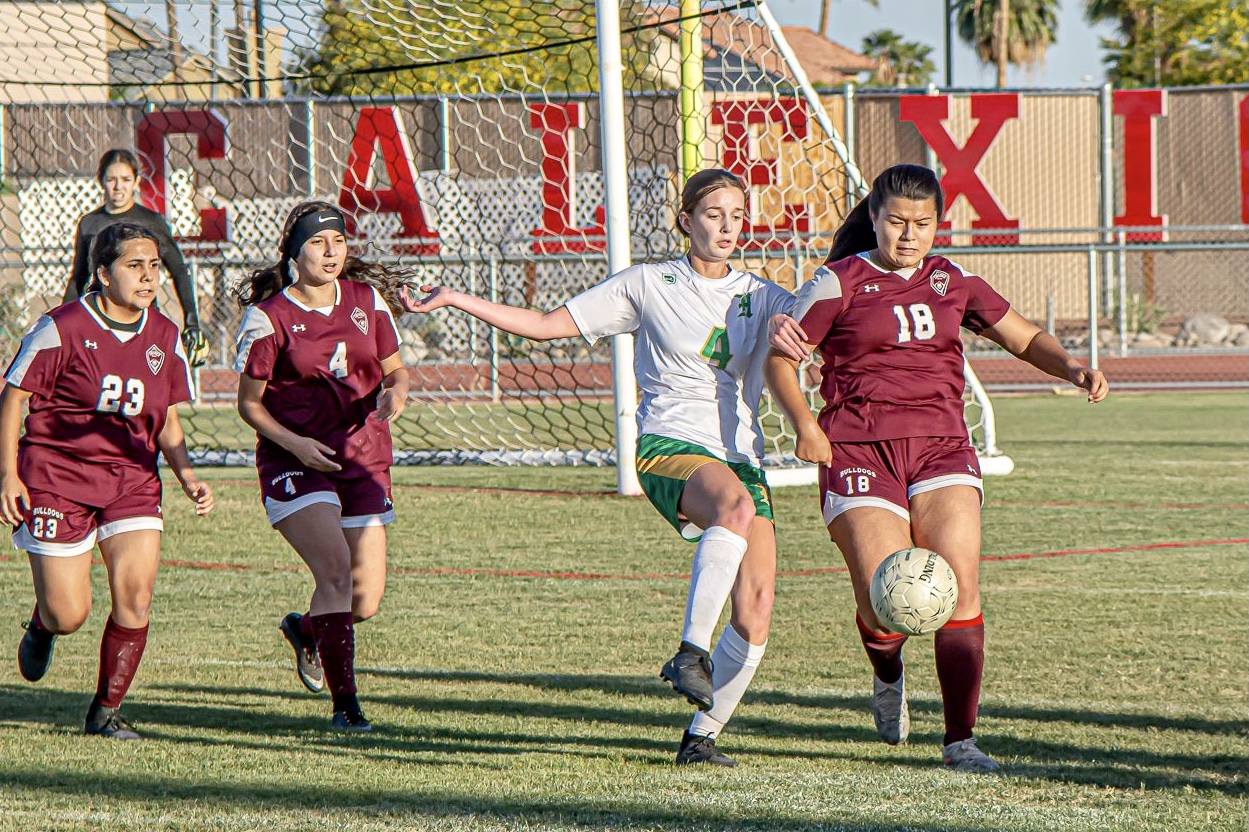 The Vikings (6-6 overall, 5-0 in DL action) have a two-game lead over the Bulldogs (5-8 overall, 3-2 in DL) with four league matches remaining on the schedule for both teams.

Isabelle Carrillo scored for the Bulldogs to make it a 4-1 deficit at halftime and teammate Maribell Maldonado got the second goal for Calexico.

The two teams will meet for the third and final time on Wednesday, May 5, in Holtville.

In other Desert League action over the last week:

BLYTHE — Calexico got back in the win column with a 4-1 victory against Palo Verde Valley High of Blythe here on Thursday, April 29.

Alejandra Ceballos had the big day for the Bulldogs with two goals. Maldonado and Evelyn Roldan also had one goal apiece for Calexico.

Calexico hosts Vincent Memorial Catholic at 7 p.m. Monday, May 3 in a DL matchup.

HOLTVILLE — Holtville got an easy DL win on Wednesday, April 28, when the Vikings blew by Vincent Memorial Catholic High of Calexico, 16-0.

Three Vikings had hat tricks with Esperanza Duenas and Mia Moreno each finishing with three goals and an assist, and Strahm adding three goals to her total for the season.

Lesley Sandoval and Mykenzie Wright each had two goals and an assist for Holtville while Angelica Gonzalez, Jasmine Castro and Laura Mendoza all finished with one goal each.

Holtville finished the week with a nonleague contest at Calvin Christian High in Escondido on Friday, April 30, and lost a close game, 1-0. The Vikings took 14 shots but weren’t able to slip one past the Calvin Christian goalkeeper.

Holtville hosts Palo Verde Valley at 6 p.m. on Monday, May 3.