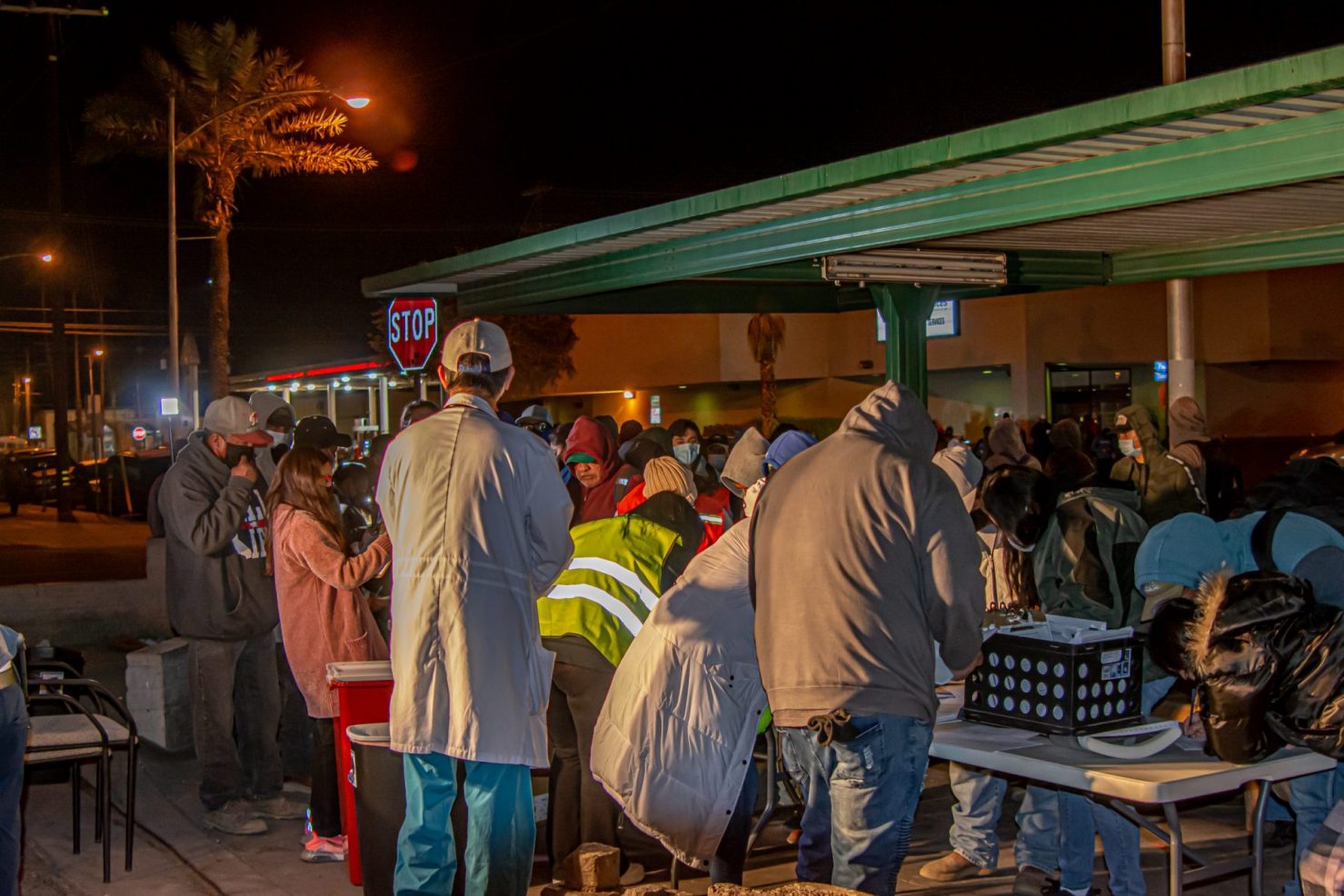 Dr. Tien Vo (to the left, in blue pants facing crowd) looks over a crowd of a couple hundred farmworkers who gathered at a mobile COVID-19 testing and vaccine clinic in downtown Calexico early March 12. Among the others services Vo provides to farmworkers impacted by COVID are wraparound services like temporary housing and meals through the state’s Housing for the Harvest program, which is administered through the county. His $788,000 contract was approved on Tuesday, May 4. | CAMILO GARCIA JR. PHOTO
Home
Agriculture
In AgricultureCOVID-19Regional News

Vo Clinic Gets $750K-Plus for Housing for Harvest Help

More than three quarters of a million dollars is set to go to a local nonprofit assisting local farmworkers through the state’s Housing for the Harvest program.

Imperial County Board of Supervisors approved an agreement with Dr. Tien Vo’s nonprofit arm, Vo Neighborhood Health Clinic, in an amount not to exceed $788,375.

But the board had questions about the program, which picked up in March and runs through June 30, the end of the fiscal year.

“Basically, we’re in the third quarter, and we have very limited information,” county board Vice Chairperson Jesus Escobar said. Escobar represents District 1, which includes Calexico, where Vo has done much of his outreach to farmworkers through the program.

Board members asked about where the funding goes if not used by June 30 and how many people were being served by Vo Neighborhood Health Clinic through the program.

The Imperial County Social Services Department isn’t keeping records from before March, but since then Vo Neighborhood Medical Clinic has been serving between 12 and 15 participants at a time through this program, said Veronica Rodriguez, social services director. And the numbers are growing since there is now an incentive stipend for those participating in the program.

The target population for this program is between 550 and 650 individuals, she said.

Since the start of the COVID-19 pandemic, agricultural workers have played an essential role in ensuring the continuity of the food supply. As cases of community-wide transmission of COVID-19 increased, some farmworkers and food processing employees who are either COVID-19 positive or exposed have found it difficult to self-isolate due to their housing situation or because they cannot afford the wage loss and additional expense of staying at home, according to Rodriguez.

On Feb. 22, the Legislature passed Assembly Bill 85, which provided immediate money to expand the Housing for the Harvest support service program. The amount allocated to Imperial County is $957,500, which covers the amount of the contract and administrative costs for the Social Services Department, she said.

There is no fiscal impact for the county as the program is fully funded with the Housing for the Harvest state funds.

Vo was contracted by the county back in March, but Tuesday’s action was the ratification of the contract itself.