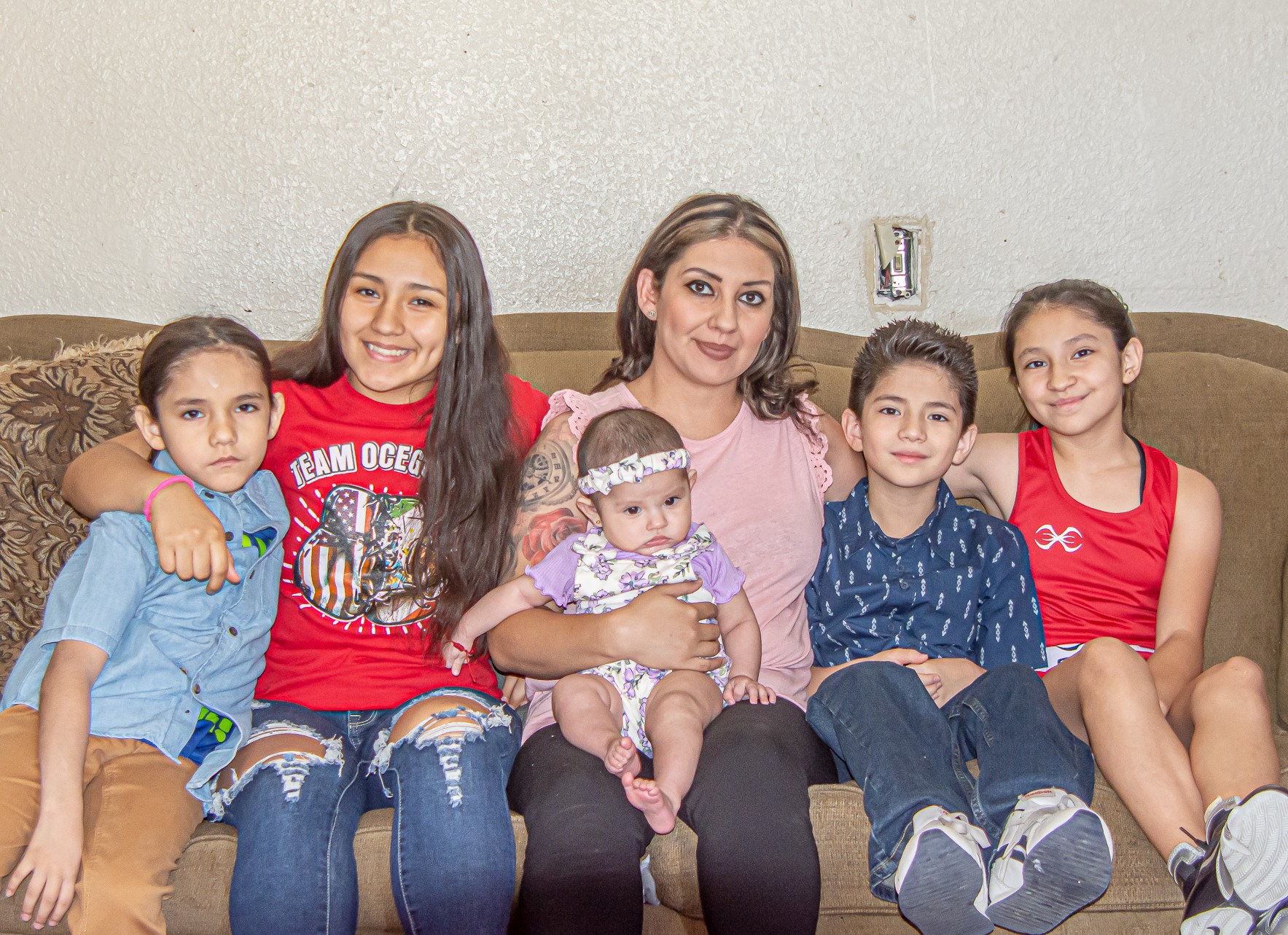 CALEXICO — There’s not a lot funny about the challenges the last year — or the last 32 — have brought Ester Savellano.

Yet this quirky, tattooed cut-up with a penchant for hilarious Spanish-language lip-synced TikTok videos (she uses the hashtag “comedy”/“comedia”) wouldn’t have it any other way.

“What it is, I’m very patient,” Savellano said — adding a comedic pause — “very patient,” before unloosing a trill of infectious laughter.

Hugely humble and a woman of few words, this 32-year-old mother of five is rounding the corner on 12 months in which she returned to workforce for the first time in eight years right before COVID hit, only to return home after becoming pregnant.

With children at home between the ages of 16 years and (soon-to-be) 5 months, this former teen mom and high school dropout spent the long haul of the pandemic bearing a child, navigating the uncharted waters of distance learning, and serving as chief caretaker for her live-in 52-year-old mother who suffers from schizophrenia, all the while taking on many of the burdens solo while her common-law husband worked long hours as an essential farmworker.

If anyone deserves to have a relaxing Mother’s Day, it’s Ester Savellano.

Savellano, however, was never one to complain about her lot in life; rather, she explained that being a doting mother and wife and a devoted daughter is something she craved from an early age. She said being back home during the pandemic was not some cosmic punishment.

“I love being a mom mucho, mucho. … I love to cook for my family,” she said. “When I was a little girl, I dreamed of having my own family and to stick together. My parents got divorced and never remarried, and I knew there could be more, you know? I wanted to have my family.”

“Oh my God, she’s a rock star,” said Martiza Hurtado, former Calexico mayor and owner of an immigration and tax service where Savellano worked from December 2019 to May 2020, before Hurtado sent her home for her own safety so she wouldn’t jeopardize her pregnancy by being exposed to coronavirus in the workplace.

Hurtado couldn’t say enough about Savellano, calling her a natural intellect with numbers, an absolute joy to be around with her whip smart sense of humor, her devotion to family and her role as an active momma bear to junior athletes, the fact that she relished the traditional cultural role of waking up before dawn to make meals for her husband, and more.

“When I met her, I thought I was going to meet another person in this community that is involved with their children, just like I was, I supported that so much,” Hurtado said. “And I ended up meeting someone who has just so, so many layers to what she has to give to this world.”

Although Savellano is hoping to return to the workforce soon out of necessity of having a fifth mouth to feed, when she went back to work in 2019, it was under different circumstances.

At that point, Savellano explained, she was attending Robert Morales Adult Education Center in Calexico in hopes of finishing her high school diploma and had gotten a job with Hurtado more for self-fulfillment, owing to her abilities to work with numbers like her father, who taught accounting and other bookkeeping courses at Universidad Autónoma de Baja California in Mexicali.

Savellano stopped adult ed about two months shy of graduating and now Hurtado is fully staffed, so there’s no room for Ester at the moment. Yet there is the need for a second income, so Savellano said she will soon be starting an online course in QuickBooks, a bookkeeping program, that she hopes she can parlay into a position once she is certified.

And, not to forget, there is youth boxing — lots and lots of youth boxing. She’s a true boxing mom, helping facilitate home training sessions for her champion daughters, spending longs hours driving to tournaments, making sure her husband and daughters are fed when they return from long trips to spar at boxing rings in Mexicali twice a week, and helping raise funds for her Calexico boxing club by making her homemade buñuelos.

In March, she and her boyfriend of 18 years, 37-year-old Francisco Oceguera, spent 22 hours behind the wheel driving their daughters to Louisiana to compete in the national youth boxing championships in Shreveport, where 11-year-old Nayra Oceguera won the girls’ 70-pound bantam division title and 16-year-old Lizbeth Oceguera finished third in the 132-pound junior division.

Lizbeth, a sophomore at Calexico High, returned to in-person instruction for the first time on Wednesday morning, May 5. Nayra is a fifth-grader at Kennedy Gardens Elementary.

As one might expect, the sons in the home — 10-year-old Francisco Jr., a Kennedy Gardens fourth-grader, and 8-year-old Alfonso, a second-grader at KG — “hate boxing,” Savellano said with a laugh. “They play video games.”

If there is another fighter in their midst, maybe it will be baby girl, Itzel, who was to turn 5 months old on Friday, May 7.

For Savellano, every day is Mother’s Day, even though the one she will celebrate is of the Mexican variety on Saturday, May 8.

She doesn’t have much planned: breakfast with some girlfriends, and she’ll likely take her mother along. Later that day, she’ll have a carne asada, she said. And yes, she does expect a gift of some sort from the elder Francisco.

Next
Holtville Police Briefs: April 27-May 2