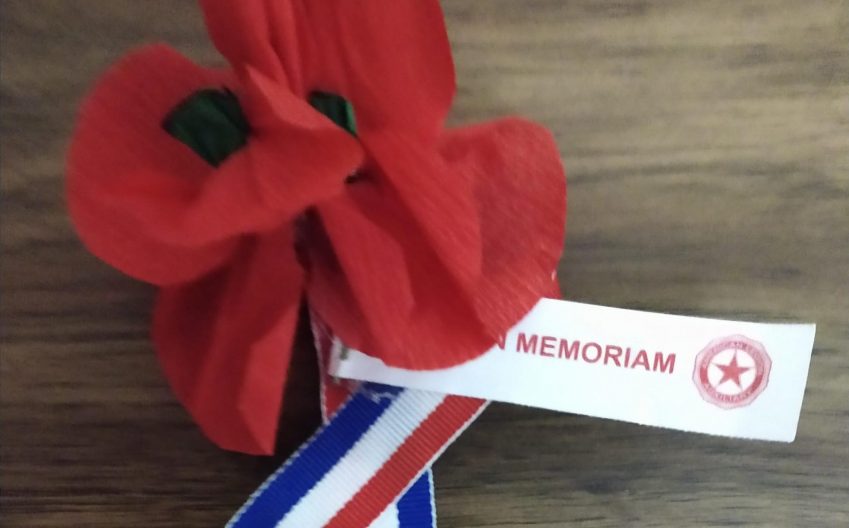 HOLTVILLE — The American Legion auxiliary Bradley-Keffer Unit 138 is reminding the public that it will be distributing red poppies, made from crepe paper, in advance of National Poppy Day, on May 28.

The red poppies are displayed annually on National Poppy Day, commemorated on the Friday before Memorial Day. The poppies pay tribute to armed service members who have served and died in combat since World War I.

The red poppies are available from the auxiliary by making a small donation.

On Monday, May 10, the Holtville City Council is expected to approve a resolution designating the month of May as Red Poppy Month, Gibbs said. Members will also be on hand after the meeting at City Hall to distribute red poppies to the public, auxiliary president Karen Gibbs said.

The commemorative poppies are made exclusively by hospitalized veterans from World War II, the Vietnam, Korean and Persian Gulf wars, as well as the conflicts in Grenada, Lebanon, and Panama.

In many cases the donations generated from the annual initiative represents the only income of that hospitalized veteran, the auxiliary reported in a written statement.

All contributions are used by the auxiliary to support the welfare of the veterans and their families throughout California.

Next
Imperial Sets Scene for Wet Summer of Fun