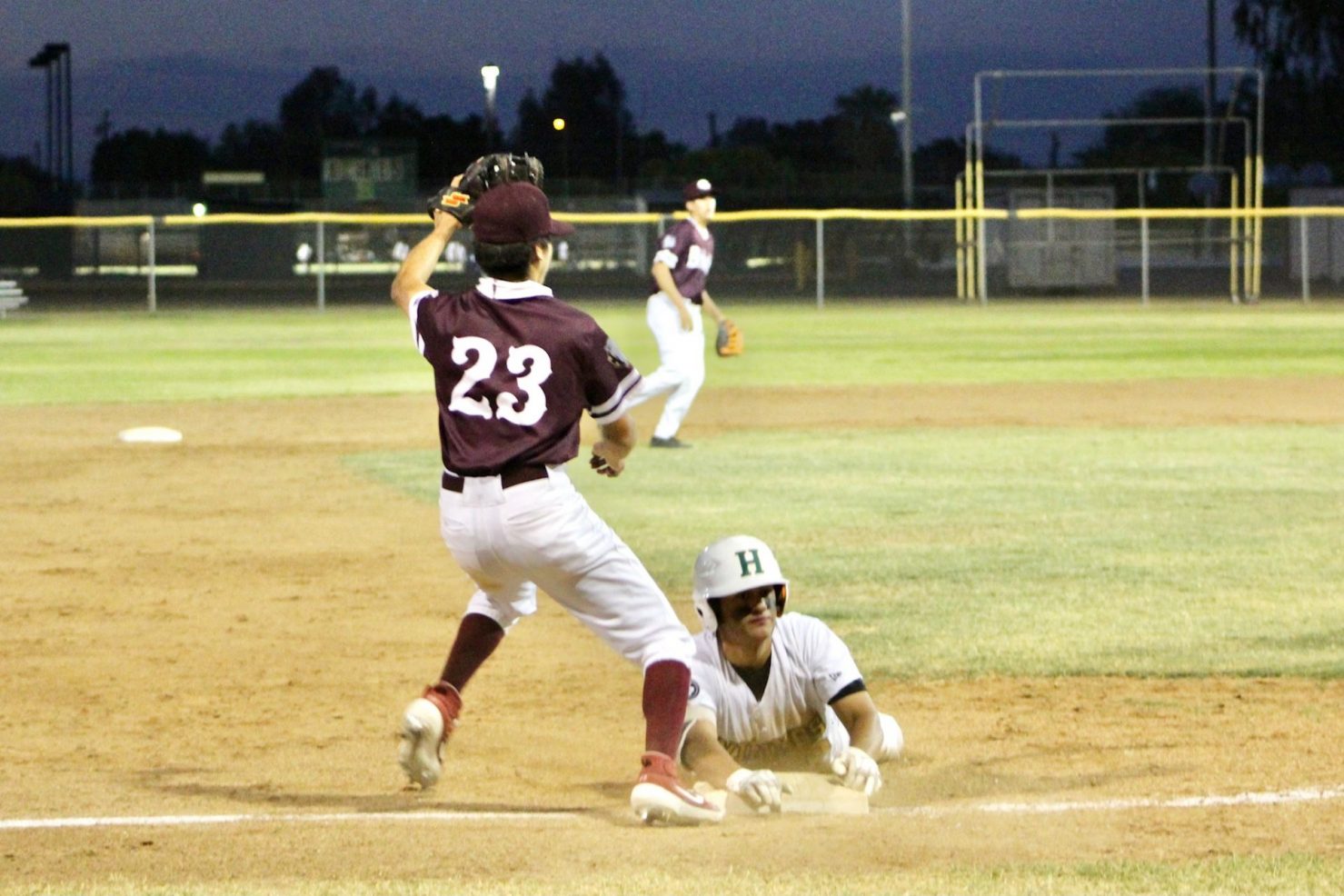 HOLTVILLE — The Holtville High School baseball team ran its winning streak to four games with a doubleheader sweep of Calexico, getting two outstanding pitching performances to beat the Bulldogs twice.

On Monday, May 3, the Vikings got a complete-game, one-hitter from sophomore Raul Sierra and shut out Calexico, 2-0. They followed that with an 11-4 victory on Wednesday, May 5, behind a complete-game victory from junior Rafa Espinoza.

Holtville (8-6 overall, 4-3 in Imperial Valley League play) pushed across two runs in the top of the fifth inning on May 3 to get the win at Belcher Field in Calexico. Senior Arturo Lazos had two hits, a run scored, and an RBI, and sophomore Nick Pacheco added an RBI.

Sierra finished the game with eight strikeouts and just one walk to get the victory.

In the second game on Wednesday, May 5, Holtville broke open a 3-1 game with a seven-run bottom of the fourth to take a commanding 10-1 lead. Calexico would get three runs in the top of the fifth but the Bulldogs could not mount any offense in the final two innings.

Seniors Erik Garcia and Norbert Irungaray and junior Donovan Johnston all had two hits and scored twice to pace the Holtville offense.