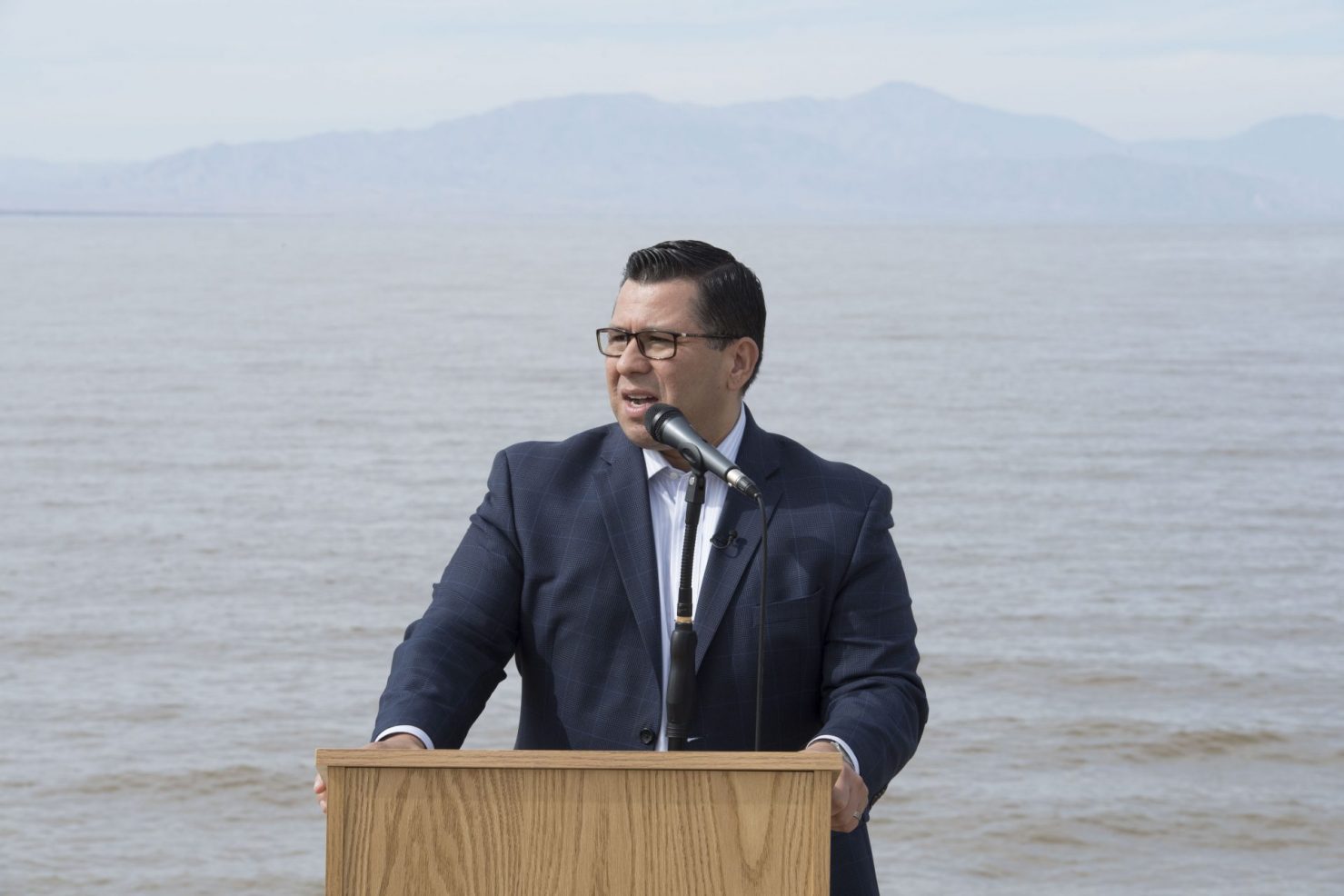 Garcia, chair of the Assembly Committee on Water, Parks, and Wildlife, stated in a press release from his office that the funding would maximize habitat outcomes and provide immediate economic relief to the community.

“The Governor’s new water infrastructure proposal brings big news and potentially big dollars for the Salton Sea. Working in active coordination with the Governor and his administration, we are grateful to have the Governor’s support to ramp up Salton Sea mitigation efforts and excited for this opportunity to build on our progress with an additional $220 million state investment,” Garcia stated in a May 10 release.

“This newly proposed $220 million would reinforce the $200 million we previously secured in Proposition 68 and align with our current legislative push to unlock $240 million for the Salton Sea along with other necessary allocations for community climate resilience and water infrastructure investments. The clock is ticking, and we must focus all of our energy to bring home these funds, meet our mitigation benchmarks, and improve the urgent public health, ecological, and economic conditions for our region,” Garcia stated.

his initiative goes hand in hand to achieve Governor Newsom’s water infrastructure and climate resilience goals for California, according to the release.

As part of the Salton Sea Management Plan, this project would create approximately 3,000 jobs and marks the state’s first large-scale project to create habitat and reduce exposed lakebed around the sea. Garcia and Sen. Ben Hueso also supported legislation to expedite the delivery of the project.

Meanwhile, Newsom’s $5.1 billion package for drinking water and wastewater infrastructure, with a focus on small and disadvantaged communities, is part of Newsom’s $100 billion California Comeback Plan, a comprehensive recovery plan to tackle five of the state’s most persistent challenges.

“Shoring up our water resilience, especially in small and disadvantaged communities, is imperative to safeguarding the future of our state in the face of devastating climate change impacts that are intensifying drought conditions and threatening our communities, the economy and the environment,” Newsom stated in a May 10 press release. “This package of bold investments will equip the state with the tools we need to tackle the drought emergency head-on while addressing long-standing water challenges and helping to secure vital and limited water supplies to sustain our state into the future.”

In addition to the $5.1 billion investment, $1 billion is being proposed to help Californians pay their overdue water bills.

Next
$13M Available in Aid As Eviction Stay Nears End