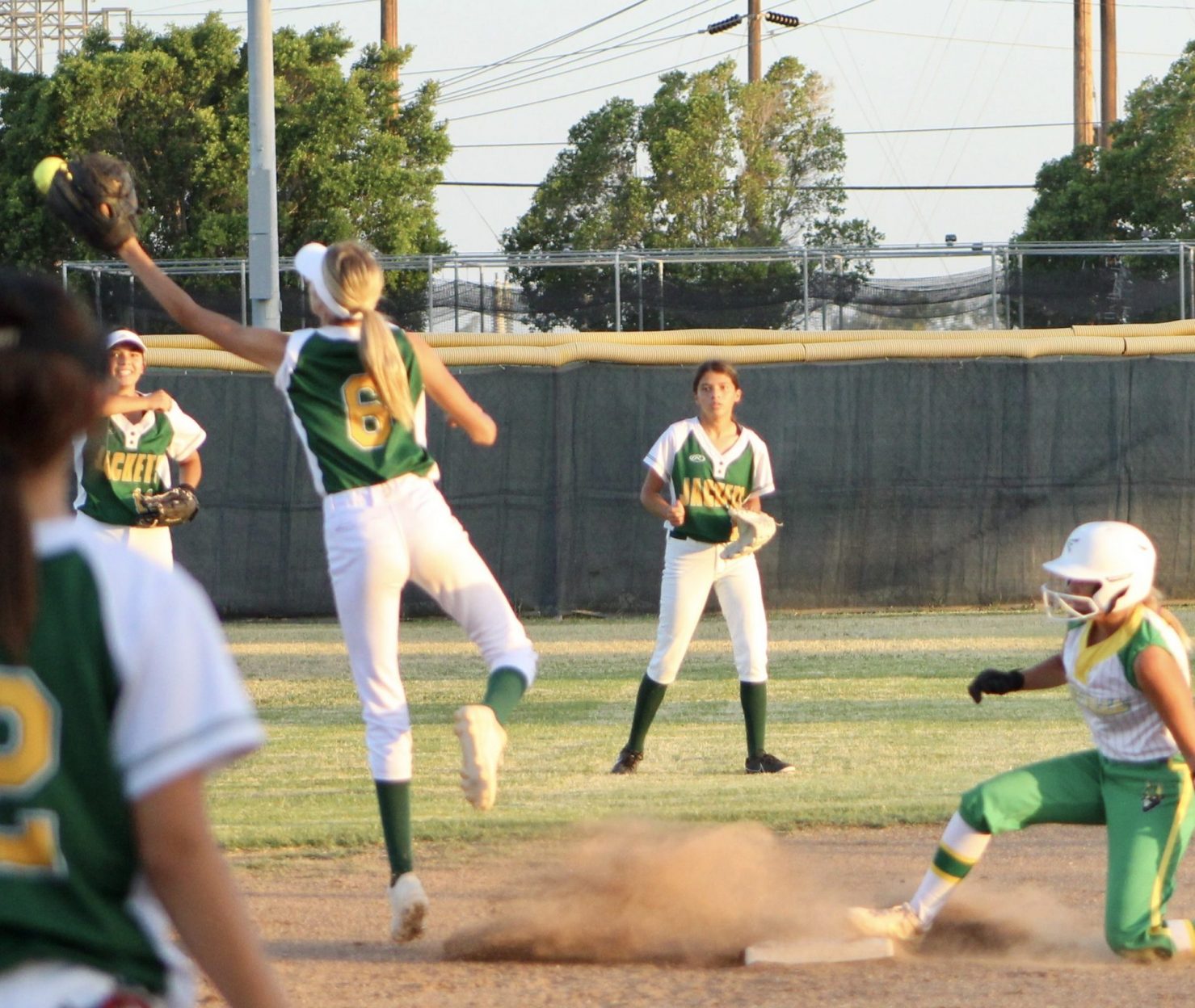 HOLTVILLE — Scoring double digits in each of its last four games, the Holtville High School softball team continues to dominate the opposition and made quick work of Southwest High with an 11-1 victory on Saturday, May 15, here that was stopped due to the “10-run mercy” rule in the bottom of the sixth inning.

The rare Saturday morning game was to accommodate for scheduling conflicts for both teams, but it looked like the Vikings (16-1 overall and 11-0 in Imperial Valley League action) woke up ready to play while Southwest seemed sluggish.

While Holtville was banging out 11 runs on 11 hits, the Eagles (10-13 overall and 6-6 in IVL) managed just one run on four hits and committed four errors.

“This team is so versatile and they are able to create an opportunity on the spot,” said Melissa Snyder, Holtville’s fourth-year head coach. “Today we were able to put the ball in play and run the bases and create chaos.”

Putting the ball in play was evident as the Vikings struck out just once against the Eagles and started mounting pressure on Southwest in the second inning.

Holtville plated two runs in the second inning without the benefit of a hit, then scored three in the third on two hits and an Eagles’ error. After one run in the fourth put the Vikings ahead 6-1, a four-run fifth inning finished the Eagles with the big hit being a two-RBI triple from sophomore Kamryn Walker.

Sophomore Kalli Strahm got the complete-game victory for the Vikings, allowing just the one run on four hits with two strikeouts and one walk. The sophomore hurler said she enjoyed the Saturday morning contest.

“I like playing in the morning. We don’t have to wait around all day to get on the field,” Strahm said. “When I start warming up 25 or 30 minutes before the game I can tell if I’ve got good stuff by how I’m feeling. Today felt good from the start.”

“When we get the momentum we keep it going,” Strahm said. “We’re real good about doing our job and passing it on to the next batter. We’re not a selfish team.”

Holtville dominated Palo Verde of Blythe in a doubleheader, beating the Yellowjackets 10-0 on Tuesday, May 11, and scoring a 12-1 win in Blythe on Thursday, May 13.

Next
Runners Pass the Baton for Fallen Brethren