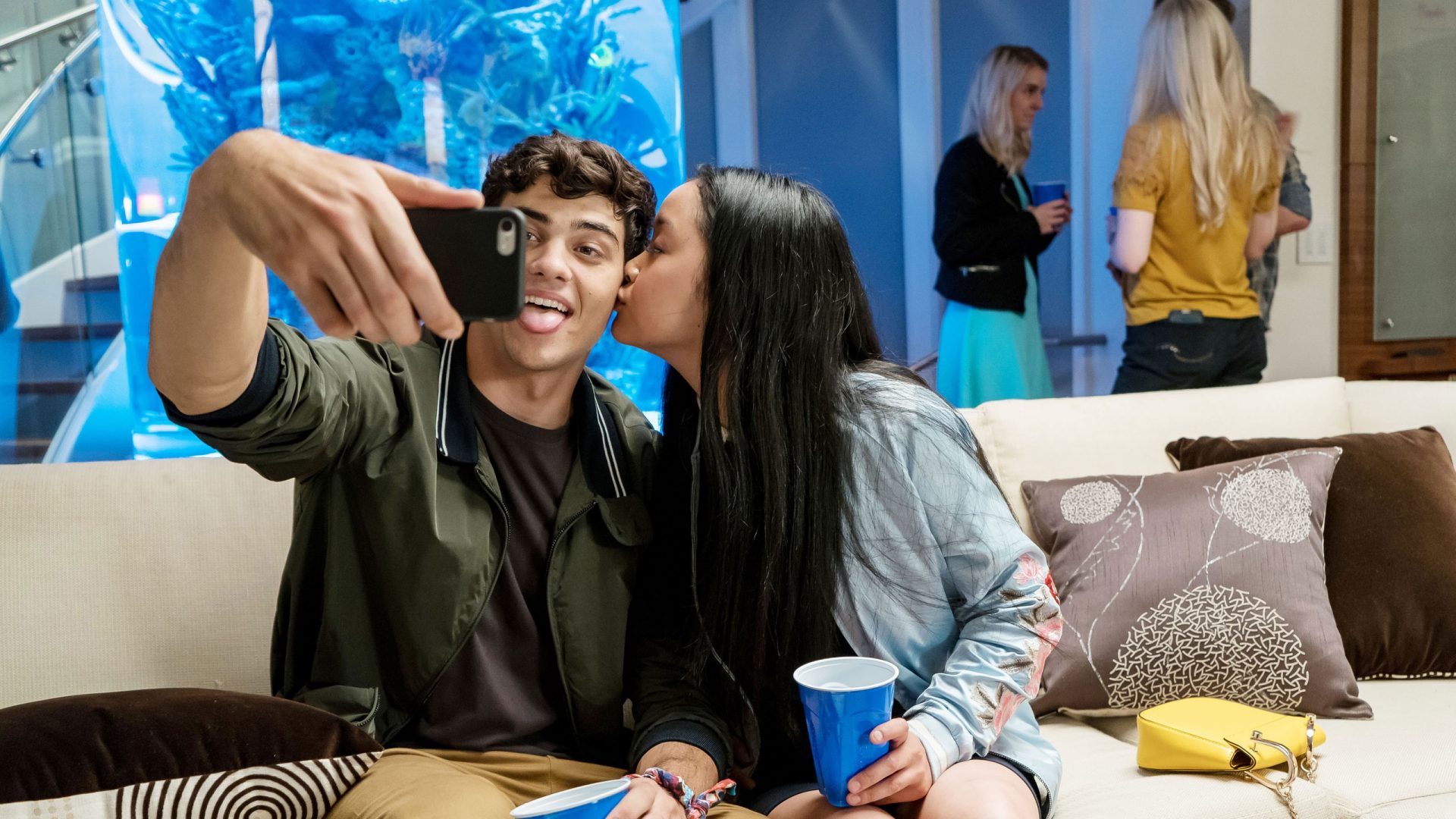 Noah Centineo (left) and Lana Condor appear in a scene from the 2018 Netflix teen rom-com “To All The Boys I’ve Loved Before” by Susan Johnson, adapted from the young adult novel from Jenny Han. | COURTESY PHOTO
Home
Opinion
Share

For me, one of life’s greatest pleasures is getting into the occasional heated conversation about the underrated, the overrated, and the “What does everyone see in it that I don’t?” of cinema.

It absolutely astonishes me that people would even waste a breath on saying anything negative about “The Lizzie McGuire Movie.” Simply put, some people have taste.

But I have a problem when the conversation veers into “guilty pleasure” territory (and when I defend “TLMM” to no end). Frankly, I only slightly like the term because it’s oxymoron-ish and catchy, but that’s as far as my love extends.

And why should I feel guilty for disclosing something myself and millions of people like? In my opinion, “guilty pleasure” is another way of saying, “Sorry, I haven’t seen enough obscure indie films, but I could watch (insert said film) all day every day.”

All I know is, if it’s wrong to love the movies I love, then I don’t want to be right. And every generation has a movie they shouldn’t be ashamed to say they love.

This 1970 romance starring Ali MacGraw and Ryan O’Neal wrecks me every single time. “Love Story” was a homerun at the box office in December 1970, remaining No. 1 for weeks after opening weekend, and was later credited as pioneering the contemporary “chick flick” subgenre. In one of the film’s most recognizable scenes, after Oliver runs through the Harvard campus to Francis Lai’s heartwrenching theme song, he finds Jenny waiting outside in the cold. As soon as he apologizes, Jenny simply replies, “love means never having to say you’re sorry.” While years later, filmgoers and critics alike completely disagree with Jenny’s sentiment and believe that saying sorry is the cornerstone of a fulfilling relationship, the exchange between the two highlights the very essence of the film: love is forgiving. If two people truly love one another, there is no reason for regrets.

“Fly me to the moon!” an inebriated Garrett (Jack Nicholson) shouts to absolutely no one as he drives himself and an enraged Aurora (Shirley MacLaine) into the ocean. Moments later, the two are making out in the middle of the sea. That’s “Terms of Endearment” in a nutshell for you. Nominated for a whopping 11 Oscars at the 56th Academy Awards, the family dramedy is famously considered the ultimate tearjerker. Yet, I have always been taken by how grounded “Terms” is in reality. Typically, in films that paint a realistic portrayal of a subculture and the people that inhabit it, the characters are not likeable (ahem, Aurora and Flap). But Brooks’ screenplay and direction manages the difficult feat of oscillating between comedy and drama, highlighting the emotional rollercoaster that is family. It’s endearing to say the least.

When comparing “Dazed” to John Hughes films, Linklater stated, “I don’t remember teenagers being that dramatic … riding around and trying to look for something to do with the music cranked up, now that happened a lot!” From the jump, Linklater had an uphill battle with Universal Pictures in not only getting the film greenlit, but waging war with them on everything from casting to the now-iconic soundtrack. Linklater famously referred to anyone associated with the studio as “the Van Pattons of the Van Patton family.” If you look carefully, the baseball team that goes against Mitch Kramer’s (Wiley Wiggins) is sponsored by … Van Patton Plumbing. Linklater fought for a creative, collaborative environment on set that allowed for himself and the actors to shoot ideas back and forth and film multiple takes where everybody was comfortable to improvise and lean on each other for support. It’s a testament to Linklater’s ingenious direction and ability to stand up to the man (“School of Rock,” my friends).

GILGAR: Happy Halloween in the Age of No-Bail

What! A Nancy Meyers film that is easily rewatchable, quotable and adorable? Preposterous. I credit Freeform (formerly ABC Family) for burning this film into my brain.

Generation Alpha: “To All the Boys I’ve Loved Before” (Susan Johnson, 2018)

Picture this: it’s summer 2018. Drake’s “Nice for What” is blasting. Some are finally getting the hint climate change is real … and everybody is talking about “TATBILB.” Adapted from the Jenny Han young adult novel, the teen romantic comedy is about a high school sophomore, Lara Jean (Lana Condor), who has a box of love letters that she has written (but never addressed) to five crushes throughout her life. Lara Jean’s sister Kitty (Anna Cathcart) desperately wants to spice up Lara Jean’s life and secretly mails the letters to each of her crushes, prompting a slew of events. The film is refreshingly human thanks to an effervescent plot and charming performances from Condor and Noah Centineo, spawning two sequels that are just as wholesome and pastel-tinted.

Next
Ag Community Reflects on Past Year, Looks Forward