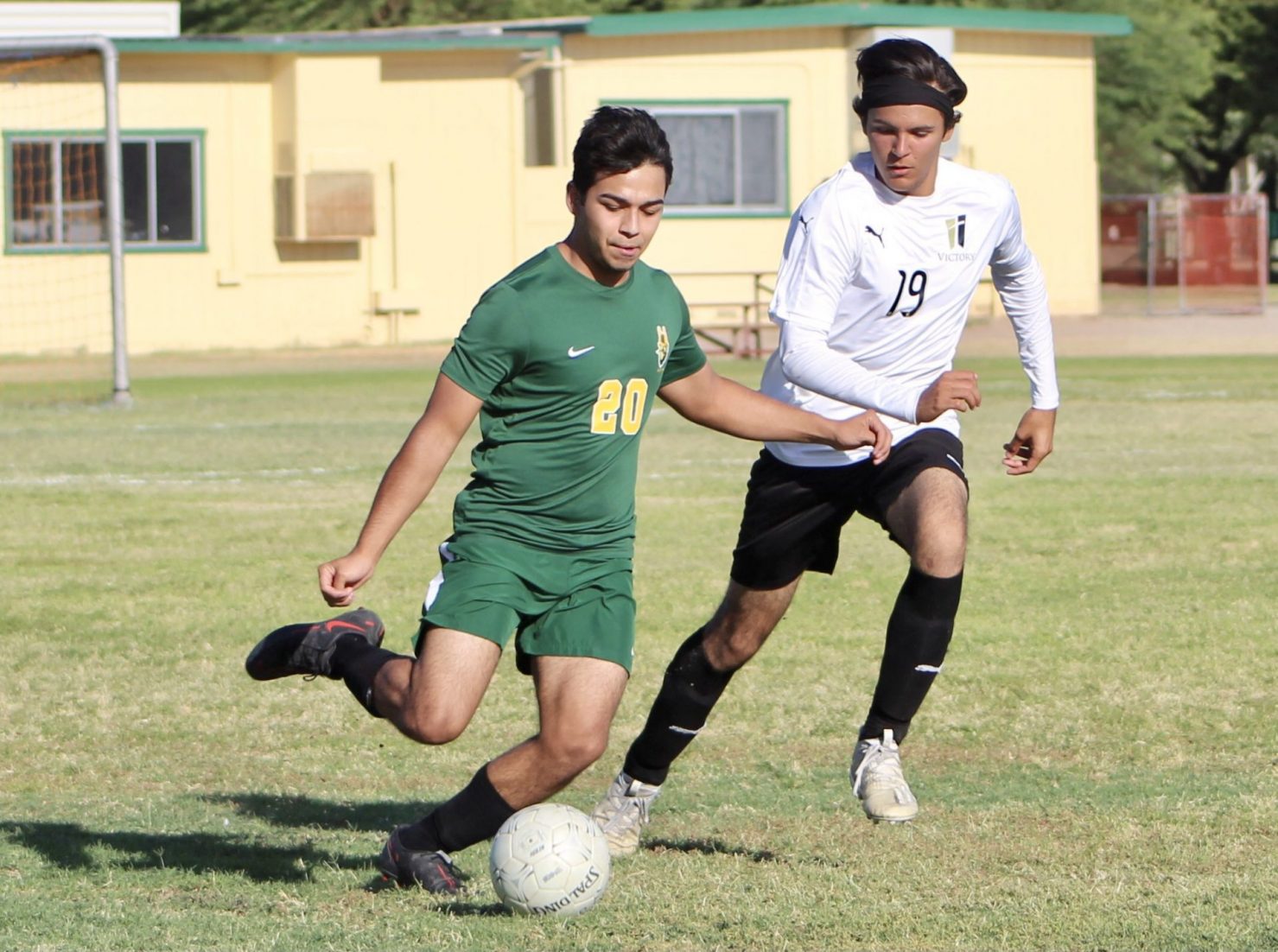 EL CAJON — After a close call in the quarterfinals, the Holtville High School boys’ soccer team lost in the CIF-San Diego Section Division V semifinals to top-seeded Foothills Christian of El Cajon, 7-0, here on Tuesday, May 25.

The fifth-seeded Vikings fell behind early and were never able to recover. Foothills led 5-0 at halftime and never looked back. The win puts Foothills Christian into the championship game, set for 7:30 p.m. Friday, May 28, at Eastlake High School in Chula Vista.

In the quarterfinals on Saturday, May 22, freshman goalkeeper Bryan Padilla shined brightly and was able to thwart the attack of Mountain Empire of Pine Valley and lead Holtville to a victory.

With the game tied 1-1 after regulation time and an additional 15-minute, sudden-death overtime period, the game came down to penalty kicks and Holtville prevailed 3-1 after Padilla made three saves and was one of the three Vikings to score from the penalty spot.

The Vikings needed all of Padilla’s work on Saturday as their offense kept hitting the crossbar and side posts with shots instead of the back of the net.

“We had a bunch of opportunities and it probably should have been 5-1,” Arroyo said. “It was just one of those games where we couldn’t put it in the goal.”

COLLEGE: Jimenez Running at the Next Level

Holtville’s goal came in the first half after being awarded a penalty kick. Senior Joel Gil was able to beat the Redhawks’ keeper to put the Vikings up 1-0.

Mountain Empire tied the game with about 15 minutes left in the contest to send it to overtime. Neither side could muster any offense in the overtime, sending the game to be decided on penalty kicks.

Holtville defeated Victory Christian Academy of Chula Vista in the first round of the playoffs, 10-1, at Birger Field in Holtville on Wednesday, May 19. Senior Rodrigo Villareal netted five goals in the opening round and fellow senior Isidro Garcia had three goals.

Next
WRESTLING: Vikings Pin Central at Dual, Prepare for CIF