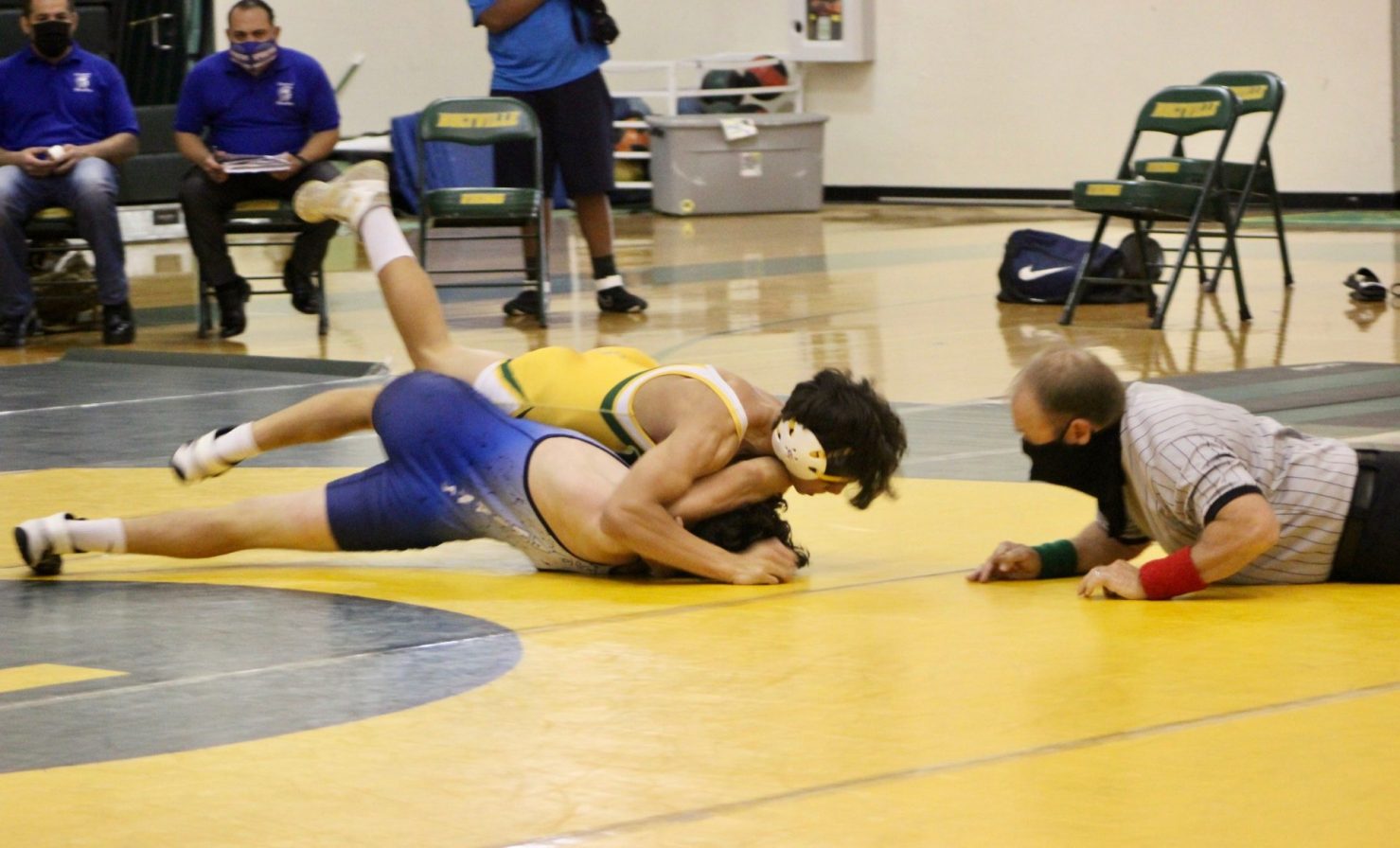 Holtville High School freshman Seth Iten (top) is about to pin his opponent from Central Union High in the first round of the 147-pound match during a dual meet at Holtville on Thursday, May 20. | CATHI PHILLIPS LARIOS PHOTO
Home
Sports
In Sports

HOLTVILLE — In the shortest and strangest high school wrestling season of his life, C.J. Johnston, Holtville’s coach and athletic director, has had just one tournament and two dual meets to get his athletes ready for a CIF championship meet.

Due to the COVID-shortened and delayed season, the wrestling season didn’t begin practice until the last few days of April, giving them a month to prepare for the section championships.

The CIF-San Diego Section Division IV championships are set for Saturday, May 29, at Mount Miguel High in Spring Valley. Not only will the meet decide the individual champions for each weight class, it will also decide the division team champion based on points earned by each wrestler.

“It’s unfortunate that the season has been this short for us, but I’m happy the kids get the opportunity to compete,” Johnston said. “I think our kids have stayed in pretty good shape and I’m hoping they perform well on Saturday at CIF.”

On Thursday, May 20, the Vikings hosted Central Union High in a dual meet and got the best of the Spartans, 54-21, in the team score.

A week prior, Holtville traveled to Southwest to compete in a tri-meet against the Eagles and Imperial. While the results from Southwest were unofficial, Johnston said he was pleased with how his wrestlers performed.

Results for the Vikings from the dual meet with Central were:

113 – Walkover for both schools