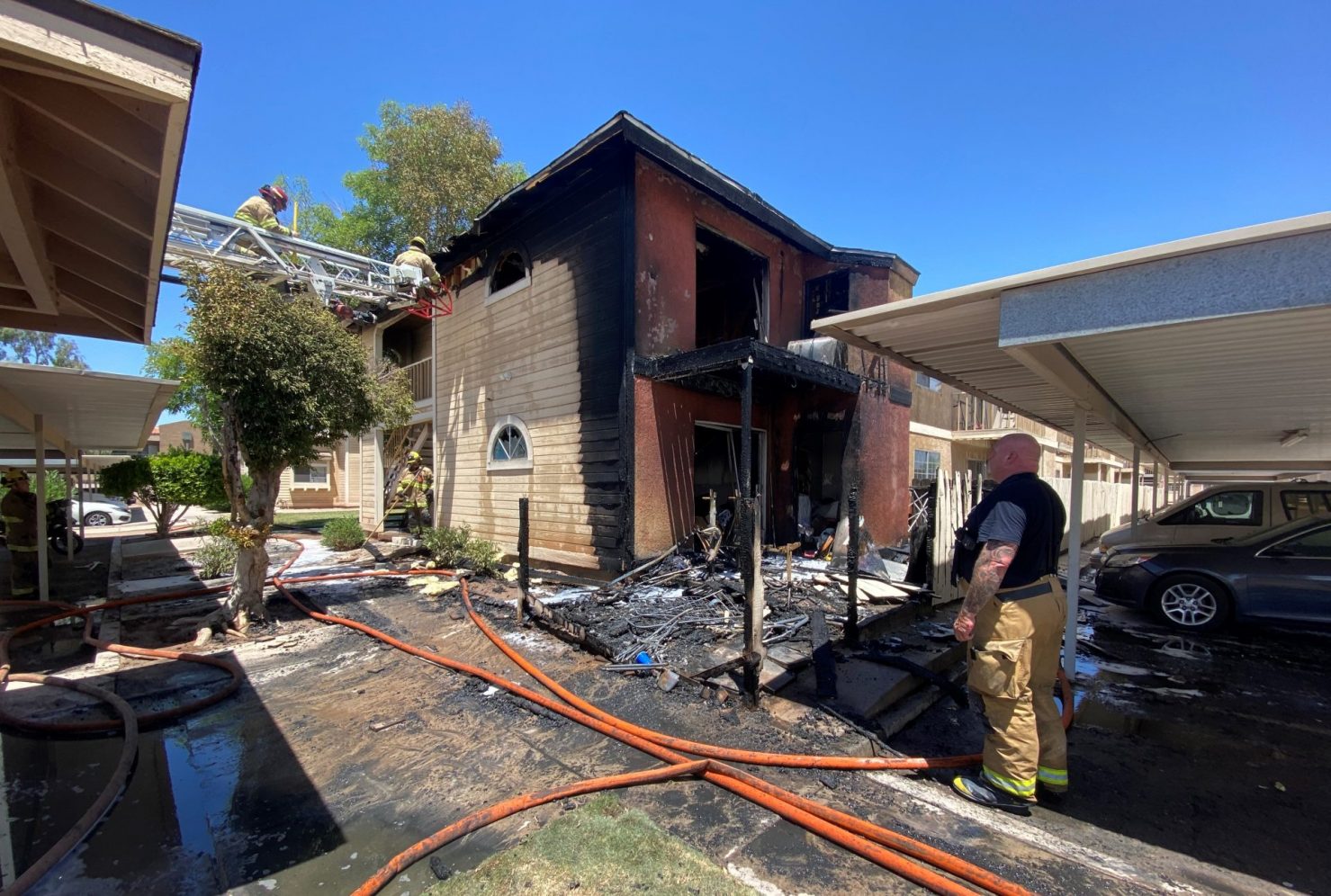 EL CENTRO — One person was injured and seven people were reportedly displaced in what was the fifth second-alarm of greater structure fire El Centro Fire Department crews have worked in the city in the past eight days.

Fire crews were dispatched to the Olivewood Garden Apartments at 1770 W. Olive Ave. about 10:40 a.m. Wednesday, May 26 after numerous 911 calls came in.

Upon arrival the first wave of responders immediately sounded a second alarm, as  heavy smoke and fire were showing coming from two units of a 10-unit, two-story complex, according to an El Centro fire press release.

“The first-in engine company officer made an aggressive push into the building, finding heavy smoke conditions, high heat, and minimal fire extension into the apartment. … Fire crews quickly doused the flames while performing search and rescue operations to ensure no residents were trapped in the building,” according to the release. “After applying water to the exterior and the interior offensive fire attack, the fire was confined to the two apartments involved. Two other apartments received smoke damage, but firefighters kept the fire from extending into additional units. A total of eight units were saved.”

One civilian was treated and transported to a local hospital, the release states, and no injuries to firefighters were reported.

No other mention of the displaced residents are mentioned in the press release other than to say, “American Red Cross caseworkers will continue to assist with the recovery phase in collaboration with local partner agencies to ensure a successful recovery for those affected.”

A total of 18 fire personnel were brought to the scene with the second alarm designation, and the city of Imperial and the Imperial County fire departments assisted. Crews from Holtville were cancelled en route and Calexico was cancelled at the scene, according to the release.

El Centro Fire Department investigators have identified the fire’s point of origin and are working to determine the cause. Any witnesses or individuals with information related to this fire can call 760-337-4530.