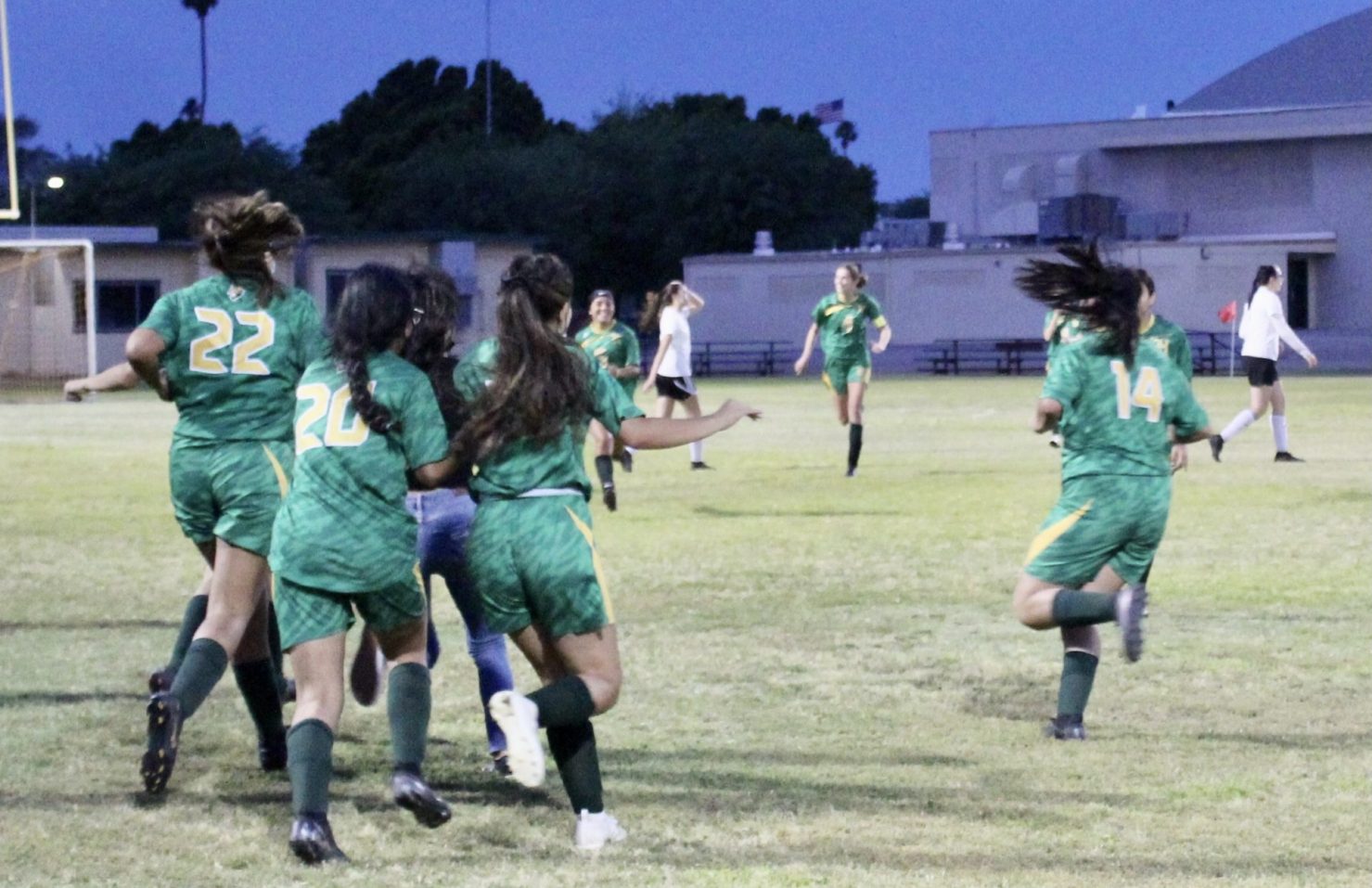 HOLTVILLE — The Holtville High School girls’ soccer team has already made history and is looking to make some more as it has reached the school’s first-ever CIF-San Diego Section championship game in the sport.

The Vikings beat Chula Vista Learning Community Charter, 1-0, on Tuesday, May 25, on Birger Field in Holtville to advance to Friday’s Division V championship game. The title tilt is set for 4:30 p.m. at Eastlake High School in Chula Vista.

Holtville will face the winner of the other Division V semifinal between Orange Glen High of Escondido and Guajome Park Academy of Vista.

Top-seeded Holtville and the fourth-seeded Cobras played a conservative first half as neither team was able to get much offense going. About seven minutes into the second half, the action picked up as the Vikings made some position changes to try and ignite the offense.

Holtville got a free kick from just inside the sideline and about 25 yards from the goalie box with 35 minutes on the clock. Senior Laura Mendoza took the free kick and sent a line drive into the middle of the box.

From there, senior Amanda Strahm was able to get control of the ball in front of the goal, spin, and slide a shot past the Cobras’ goalkeeper to give the Vikings a 1-0 lead.

“I just tried to win the ball so I could do something with it,” Strahm said. “It was a crazy, intense game and we played a little sloppy late but we were able to hold on.”

The final 10 minutes of the game saw Chula Vista on a constant attack and fire shots at the goal. Fortunately for the Vikings nothing came too close to hitting the back of the net and Holtville was able to hold on for the semifinal win.

“This is a resilient group of girls and those final minutes show that we have to learn to be better at controlling those situations,” said Sadie Ming, Holtville’s first-year head coach. “This is how you learn to play in pressure situations.”

In the quarterfinal game, a well-timed gust of wind and an indecisive goalkeeper helped the Vikings beat Morse High of San Diego, 3-2, on Friday, May 21.

With the game tied 2-2 and now in extra time of a sudden-death, 15-minute overtime period, Holtville junior Lesley Sandoval launched a high shot from about 25 yards away that got the assistance from a westerly wind and bounced in front of the Morse goalkeeper then over her head and into the goal to kick off a celebration on Birger Field for the Vikings.

“The ball had bounced off a couple of girls and I just kicked it as hard as I can hoping to do something with it,” said the 16-year-old Sandoval. “I didn’t think it was going to do anything because it went up like a rainbow and I thought the goalie was going to get it.”

Sandoval didn’t see the ball go into the net.

“I turned around and didn’t see it,” she said. “Then I see everybody running onto the field at me and that’s when I knew it went in.”

Strahm opened the scoring with a first half goal but Morse was able to tie the game before halftime at 1-1.

The Tigers took a 2-1 advantage early in the second half and it stayed that way until about 10 minutes left in the game when Strahm netted her second goal of the game to tie it 2-2.

During the sudden-death overtime, the Morse goalkeeper suffered an injury to add some extra time onto the normal 15 minutes. It was during that additional time that Sandoval was able to strike the magical kick.