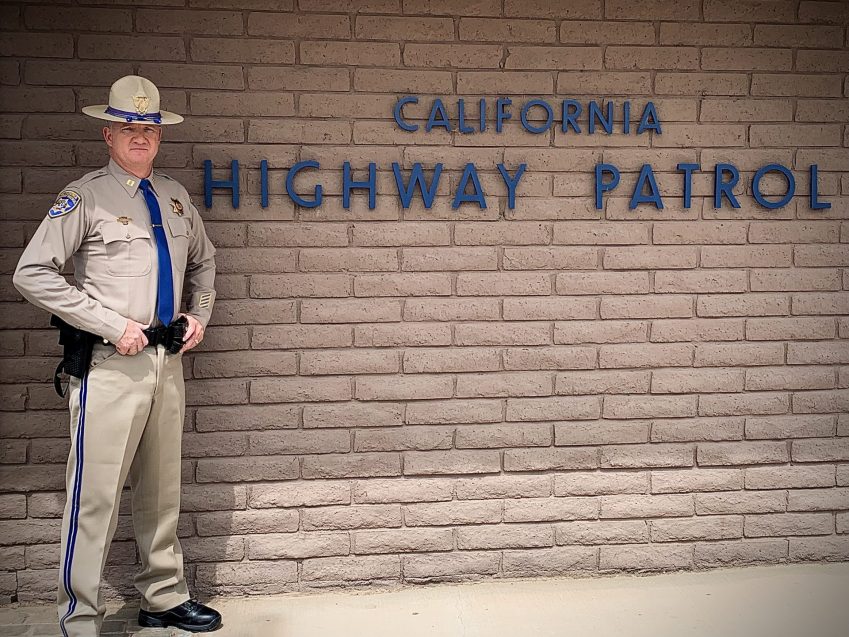 The California Highway Patrol El Centro Area is announcing the appointment of its new leader, Capt. Scott Laverty, whose appointment was made by CHP Border Division Chief Omar Watson under the direction of CHP Commissioner Amanda Ray effective May 1, according to a press release.

This comes as the Highway Patrol in the El Centro Area is also conducting a “Maximum Enforcement Period” detail from Friday afternoon, May 27, through Monday, May 31, for the busy Memorial Day weekend, a press release states.

Meanwhile, Capt. Laverty, age 49, previously served as the commander of the CHP Winterhaven Area and is a distinguished military veteran having served 30 years in the military, the release states. During his law enforcement career, he served with the Kansas City Police Department and worked both as a patrol officer and in Internal Affairs.

In the military, he commanded multiple units to include a detachment, infantry company, and an infantry battalion before retiring as a chief of staff.

During his career with the CHP, he has served in multiple positions that include patrol, commercial enforcement, protective services, critical incident investigation team, and as an instructor.

“I am fortunate to have been selected to this new assignment and to remain in the Imperial Valley. I am very excited to continue serving the communities of Imperial County and thankful to the people of California and the California Highway Patrol who have entrusted me with this position,” he stated in the press release.

Laverty spent his childhood on his family-owned farm, and he believes that experience has helped him forge relationships with the local farming community.

“With my experience in agriculture and the military, this is home and I understand the importance of our community. I hope to continue strong community partnerships while I ensure that we provide the best safety, service, and security we can to the public within our values and mission,” he added.

The weekend Maximum Enforcement Period detail through Imperial County will focus on properly wearing seat belts. During the MEP, all available CHP officers will be out enforcing traffic safety laws throughout the state.

“Seat belts save lives every day, yet some people still don’t buckle up,” said CHP Commissioner Amanda Ray. “Start the holiday weekend off right by making sure you and your passengers are properly restrained.”

Approximately 78 percent of people killed in crashes within CHP jurisdiction during the 2020 Memorial Day MEP were not wearing a seat belt. Statewide, at least 31 people died in a crash during the holiday weekend. In addition, CHP officers made 854 arrests for impaired driving during the 78-hour traffic safety campaign.”

Next
Holtville FFA Members Recognized for Projects, Service to Club