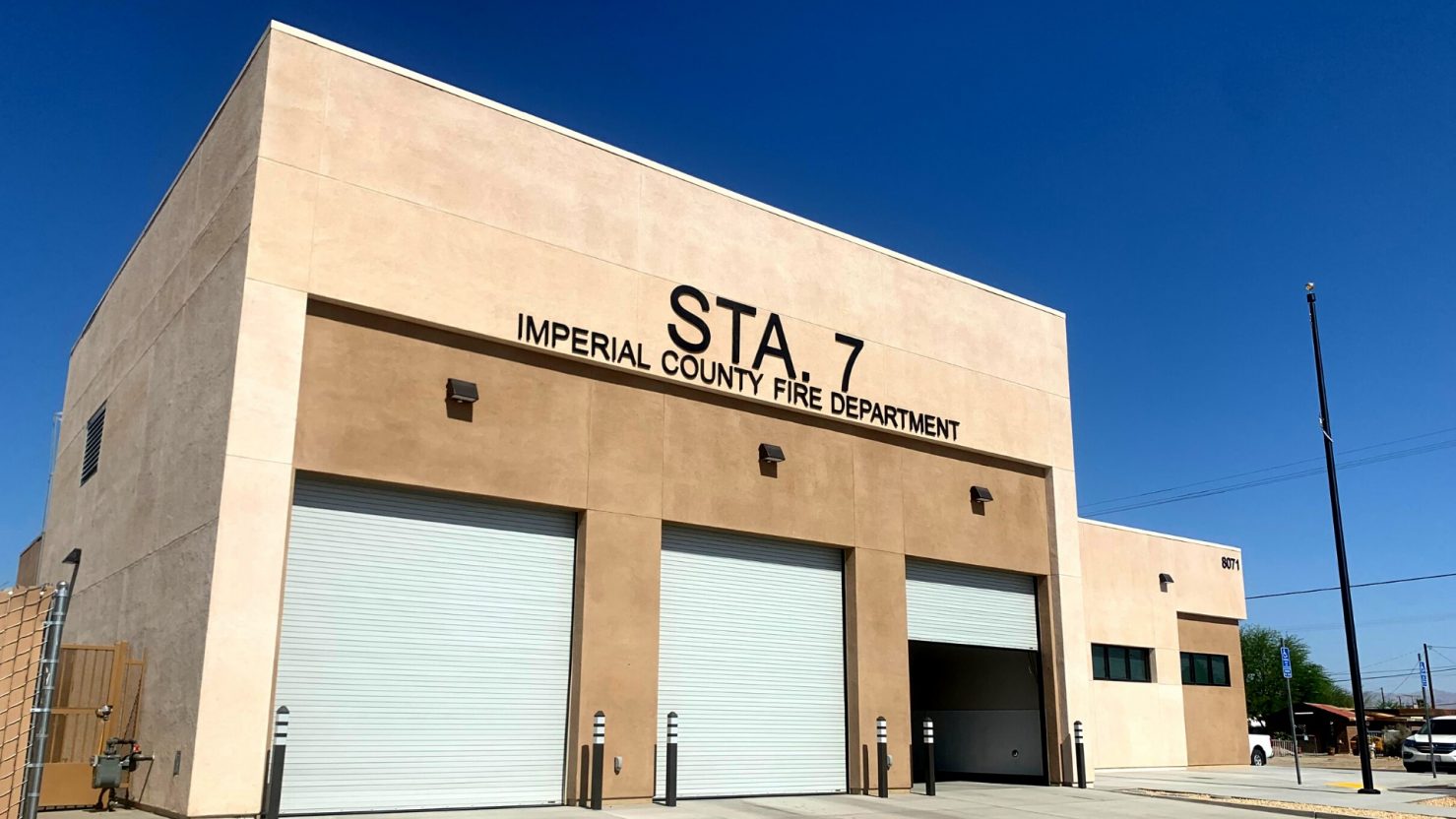 A ribbon-cutting ceremony for the long-awaited Niland Public Safety Facility, or Station No. 7, was held on Friday, May 28. The facility will house county fire and sheriff’s officials under one roof and act as a “cool center” for area residents during the summer. | COURTESY PHOTO
Home
Public Safety
Share

NILAND — A ceremony was held on Friday, May 28 to commemorate the completion of the Niland Public Safety Facility.

The facility will serve the residents of Niland by providing a location to house Imperial County Fire and Sheriff’s services, as well as a “cool center” for residents in the summer months, according to a county press release.

Efforts to establish the facility began in 2017, when the former Imperial County Community and Economic Development Agency submitted a grant application to the California Department of Housing and Community Development for the funding to construct the facility.

Additional funding was needed to complete the parking lot and other items during construction. With the work of the Imperial Executive Office, a request was submitted to HCD for an additional $484,000, request approved by the county Board of Supervisors and the funding agency, allowing for the project to be completed.

The total project cost was $5,484,893. Although fully funded by HCD, this was a collective effort between various county departments, companies, and consultants, the county stated.

The Imperial County Department of Public Works coordinated the construction, while Imperial County Workforce and Economic Development Office was responsible for ensuring all reports were completed and submitted to the funding agency.

Next
Holtville Market Continues A Sense of Normalcy