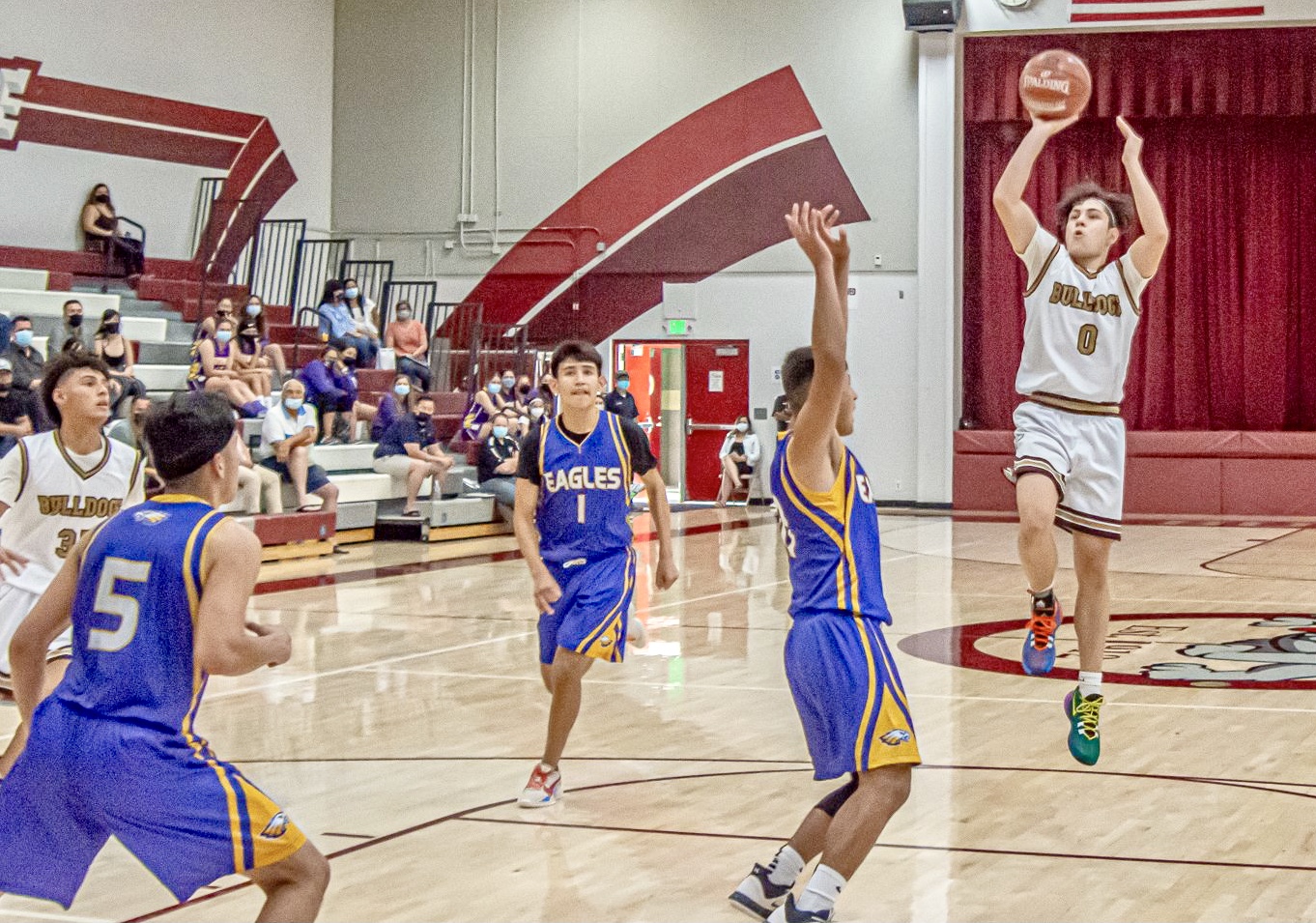 EL CAJON — The Calexico High School boys’ basketball team was given a bid into the CIF-San Diego Section Division III playoff tournament and the Bulldogs are hoping to make the most of the invitation.

Calexico only played three games during the abbreviated season and hadn’t played a game since May 10, but on Tuesday, June 1, the Bulldogs didn’t show any rust in a 70-43 first-round victory over Granite Hills of El Cajon.

With the lack of games, Calexico was given the 12th seed in the 16-team tournament. But that didn’t slow the Bulldogs down against fifth-seeded Granite Hills. Junior Aaron Tabarez led the surge for Calexico with 26 points on Tuesday, followed by Carlos Godinez with 11 and Julian Beltran with 10.

It’s a team with plenty of playoff experience after the team’s magical run in 2020 when the Bulldogs won the CIF-SDS Division IV championship, beating El Capitan of Lakeside 70-57.

“We knew it was a long shot if we would get in or not and luckily we did,” said Hugo Estrada, Calexico’s head coach.

“Last year we just took it one game at a time and that’s going to be our same approach this year as well,” Estrada said. “We are going to play as hard as we can on every possession and try to make up for the rust we are going to have with maximum effort.”

If the Bulldogs get past Hoover on Friday, the semifinal round is scheduled for Wednesday, June 9.

The third-seeded Vikings, co-champs of the Imperial Valley League along with Central Union High, now advance to the quarterfinals where they will host sixth-seeded Escondido Charter at 7 p.m. on Friday.

Escondido Charter defeated Southwest of El Centro in the opening round on Tuesday to reach the quarterfinals.

On Tuesday, Holtville got 18 points from junior Dorian Maize and 17 from sophomore Angel Perez to outpace the 14th-seeded Braves.

CALEXICO — The Vincent Memorial Catholic High boys team got the easiest win possible in the opening round of the CIF-SDS Division V playoffs when The Cambridge School elected to forfeit to the Scots.

The game was supposed to be played at 7 p.m. June 1, on the Vincent Memorial campus but The Cambridge School told Scots’ Athletic Director Jesus Gonzalez that it was choosing not to travel for the game.

Vincent Memorial is the eighth-seed in the Division V tournament while The Cambridge School was the ninth-seed.

Now the Scots advance to the quarterfinals where they will travel to face top-seeded Liberty Charter of Lemon Grove, with the game set for 7 p.m. Friday, June 4.