Piña’s Hoop Dreams to Play Out in Portugal 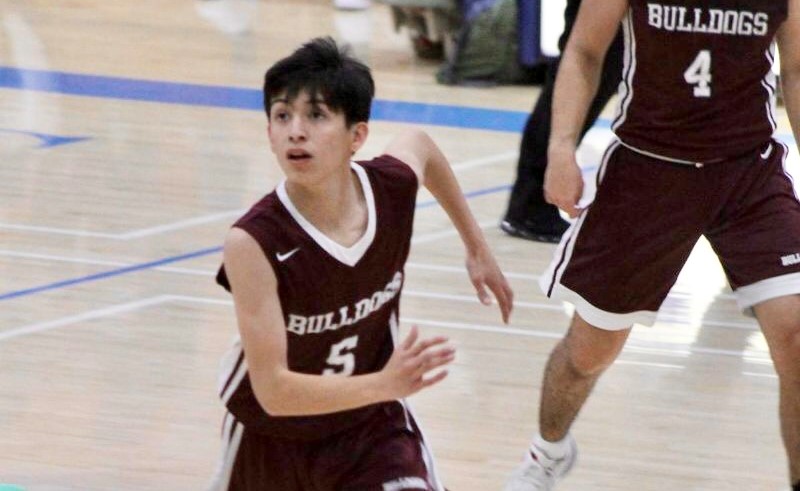 Mathew Piña started every game for Calexico High School’s boys’ team in 2020 and now he will be representing the USA in an international basketball competition in Portugal in late June as part of the STUDENT Athlete World games. | PIÑA FAMILY COURTESY PHOTO
Home
Sports
Share

CALEXICO — Mathew Piña is going from wearing the garnet and gold of Calexico to wearing the red, white, and blue and representing USA in an international basketball event in Portugal.

The 19-year-old Piña graduated from Calexico High School in 2020 and was supposed to travel to Lisbon, Portugal, in the summer of 2020 to participate in the STUDENT Athlete World games representing the United States in the Portugal Basketball Festival.

Fast forward to June 2021 and Piña’s trip is back on, and he’ll be heading to Portugal for the basketball festival on June 26 and 27.

“I tried out with about 80 to 100 kids in Los Angeles back in March last year (2020),” Piña said about the process to get selected. “I found out they were only picking a few from that location and I think they only picked four from that tryout.

“They said they were looking for players who shared the ball and could motivate their teammates. I think I got their attention because I could do other stuff on the court in addition to scoring.”

Student-athletes are chosen based on a combination of their athletic ability as well as their academics, leadership ability, and character, according to a press release from STUDENT Athlete World USA.

“He’s one of those kids who plays bigger than he is. When you see him you don’t think much about him, but his heart is tremendous and he is a very smart player,” Estrada said about his former starting guard. “He’s always thinking a play ahead of everybody else. He makes good decisions with the ball and he’s one of those kids who is first at practice and last to leave.”

Piña was part of the Calexico boys’ team that made history as the first basketball team from the school to win a CIF-San Diego Section championship in 2020 when the Bulldogs took the Division IV title over El Capitan of Lakeside in the final game.

The 5-foot-7 Piña said he learned a lot about himself that game as he got into foul trouble in the first quarter and spent most of the first half on the bench.

“Sitting on the bench I got to see more of the game,” Piña said. “I got more excited off the court than when I was on the court. I was just trying to help my teammates stay pumped up and ready to go.

“When we walked out for the game we just saw a whole sea of people from Calexico. It’s something you’ll never forget. The ending was the best part, we were hugging so many random people we’d never even met.”

As memorable as winning the section championship was a year ago, Piña is expecting to make some memories next month when he gets on an airplane for the first time and makes friends with his teammates and others playing in the event in Portugal.

“It’ll be my first time traveling outside the country, and I’ve never gone on an airplane,” Piña said. “I’m kind of excited and kind of nervous at the same time.”

The basketball playing will come natural to Piña who first started in the sport when he was 4 years old playing at the city-run clinics put on by his aunt Jamie Chew. With the one-year postponement, instead of playing in the 18-under division like he would have last year, Piña will now have to play in the 19-25 age division.

“I love basketball. It’s something you can do by yourself or obviously with others,” Piña said. “When it’s going good it’s mesmerizing to watch. It’s a beautiful game. Or if you’re having a bad day, you can just go shoot some hoops and relieve some stress.”

Since graduating from Calexico a year ago, Piña has been taking online classes at California State University, Monterey Bay. He said he will be going to the campus in August and will be majoring in biology with plans to return to the Imperial Valley to be a biology teacher.

Joining Piña on the trip to Portugal will be his parents Victor and Jennifer Piña.

“I think we are all excited for the vacation and I’m interested in seeing the competition and the different styles people play from different countries,” Mathew Piña said.