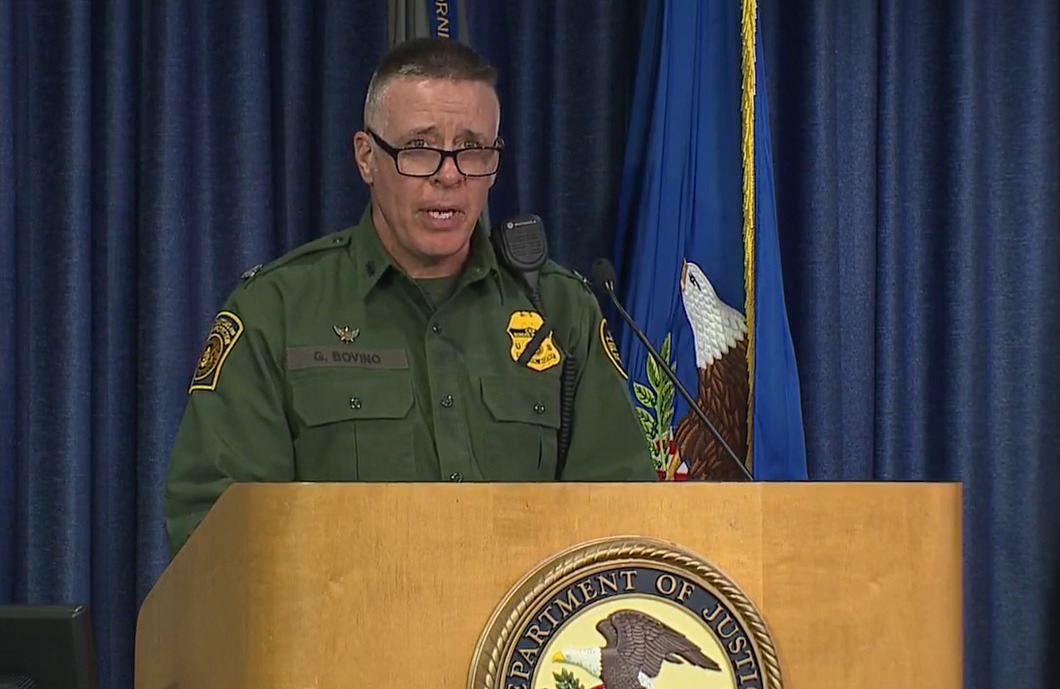 SAN DIEGO — A 225 percent increase in the number of migrants who have died attempting to cross illegally into the United States has been observed by the U.S. Border Patrol El Centro Sector this fiscal year.

The most recent of those deaths reportedly occurred due to possible dehydration in the desert region west of Calexico on Tuesday, June 1, sector Chief Gregory Bovino said.

All told, some 27 deaths have been reported in the local sector this fiscal year, which spans from Oct. 1, 2020 to Sept. 30. That figure stood at a total of four at this time of the year during the previous fiscal year.

“The risk of crossing the border illegally is real and too often ends in tragedy,” Bovino said on Wednesday, June 2.

Bovino’s admonishment about the perils of crossing the border illegally were echoed by several other federal law enforcement officials during a news conference hosted by the U.S. Attorney’s Office in San Diego.

The news conference was convened to warn human smugglers that law enforcement officials remain committed to dismantling their operations and prosecuting them for their actions, and to help raise awareness of the dangers of crossing the border illegally, especially as the temperatures rise in Imperial County.

Acting U.S. Attorney Randy Grossman said that the total number of migrant deaths in Imperial and San Diego counties related to illegal crossings this fiscal year appeared to be on track to surpass last year’s total of 29.

“Even one death is far too many,” Grossman said.

He also had a stern warning for the human smugglers and transnational criminal organizations that subject migrants to dangerous and inhumane conditions during smuggling attempts.

“We will prosecute you to the full extent of the law,” he said. “No payment that you may receive for smuggling others is worth the years in prison you will spend for your crimes.”

Grossman’s remarks included a summary of the charges filed, guilty pleas secured, and sentences handed down that his office has processed in the past three months in relation to migrant-smuggling incidents.

One such pronouncement related to the arrest of Jose Cruz Noguez, the 47-year-old Mexicali resident who was arrested March 29 and charged in connection to the deadly March 2 vehicle collision on Highway 115 and Norrish Road northwest of Holtville that claimed the lives of 13 migrants.

Cruz is accused of coordinating the deadly smuggling event and is being charged with conspiracy to bring immigrants to the U.S. outside a port of entry causing serious bodily injury/placing a life in jeopardy and bringing in immigrants without presentation for financial gain, the U.S. Attorney’s Office previously announced.

Aside from local incidents, officials in San Diego reported an increase in deadly human-smuggling incidents in recent times, as well.

In May, four migrants drowned in two separate incidents when the vessels they were travelling in capsized off the coast of San Diego.

Aside from the upward tick in migrants’ death, the Border Patrol has rescued a total of 5,600 migrants in distress so far this fiscal year along the Southwest border, Heitke said. That figure also surpassed the 5,071 that were reported last fiscal year.

Locally, the El Centro Sector has seen a 500 percent increase in the number of migrants that have been rescued, Bovino said.

In April, a local sector spokesperson reported that the agency had arrested 24,508 migrants who had crossed the border illegally. The arrests reflected a 110 percent increase from the 11,620 recorded at the same time last fiscal year.

Grossman said his office was not aware of what may be driving the increase in illegal border crossings and related deaths, nor how much profit the transnational smuggling organizations may be making.

He did offer assurances that those assembled for the news conference, which included the U.S. Coast Guard, Customs and Border Protection and its Air Operations, San Diego Air and Marine Branch, San Diego Fire-Rescue Lifeguard Division, and their numerous law enforcement partners, remain committed to pooling their resources to help stop the dangerous trend and help prevent further loss of lives.

“All we can do is try to get that message out as best as we can,” Grossman said.

Next
Flower Shop Mural Has Meaning for Dermas