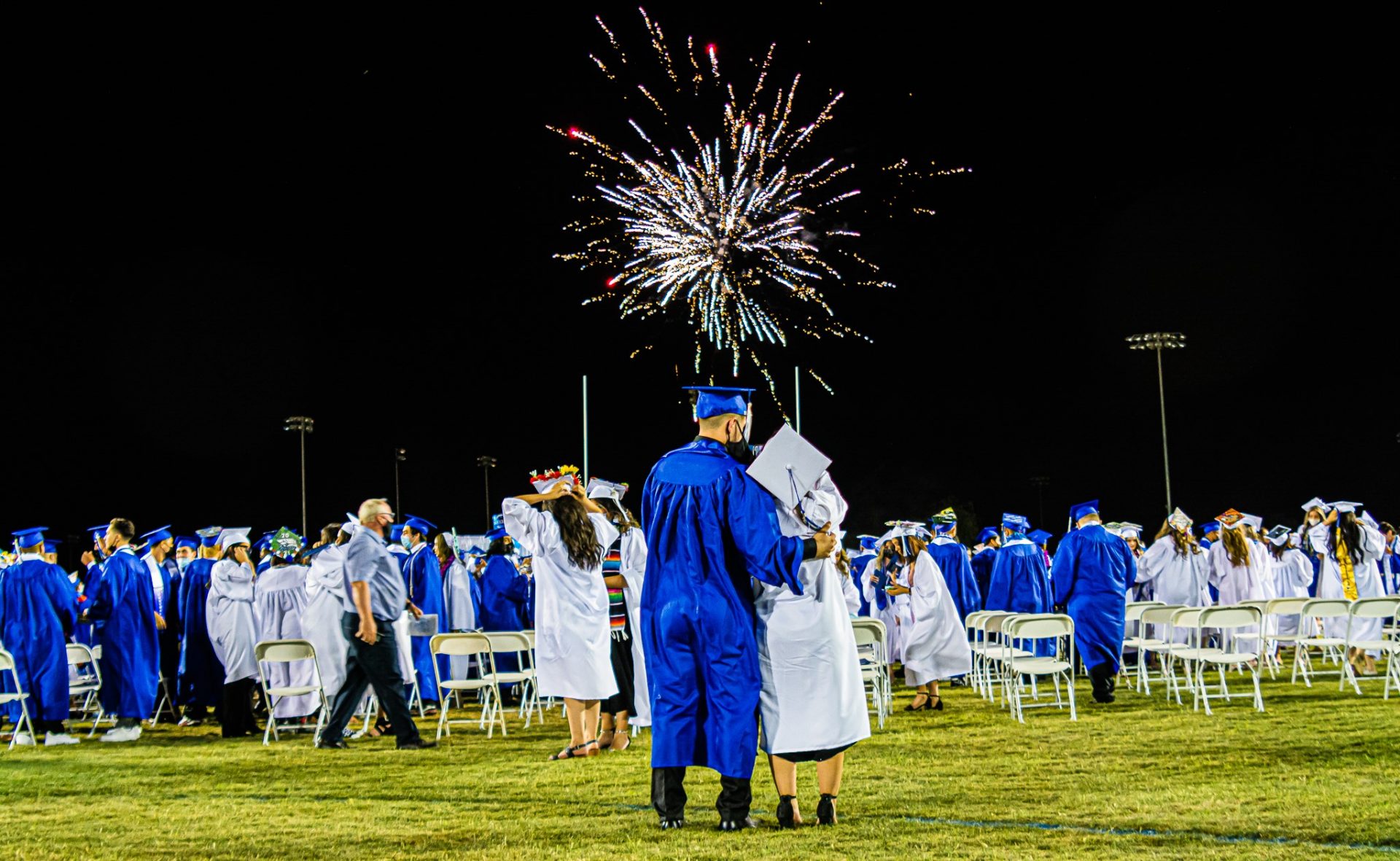 Spartan Grad Grateful for Chance to Study in States

Itzel Landeros and the Class on 2021 Saw 425 Seniors Walk on Wednesday night, June 2.

EL CENTRO — Itzel Enid Landeros Nùñez started at Central Union High School three years ago as a sophomore, when her family immigrated to the United States.

Itzel’s father had taken a job as an engineer for an air-monitoring company, and with him he brought Itzel, her mother, and her two younger siblings. Before coming to the U.S., Itzel and her family lived just on the other side of the border in Mexicali.

Though she and her family only moved a few miles north, coming to a new country provided Itzel with the additional challenges of learning a whole new language and culture on top of what already comes with being a high school student.

Despite those challenges, Itzel expressed a tremendous amount of gratitude to her parents for moving them to the United States.

“It’s been a really huge opportunity to go to school in the U.S. It has meant the world to me,” she said on Tuesday, June 1. “It’s been a roller coaster of emotions, but it’s worth it.”

On Wednesday evening, June 2, Itzel was to join her senior classmates — around 425 of them — as they graduated from Central during commencement exercises at Cal Jones Field in El Centro.

Ahead of her graduation, Itzel spoke with the Calexico Chronicle to reflect on her time as a Spartan and what the future has in store for her as she moves into the next phase of her education and life.

“I want to be someone, someone who can help others and help with more than words. I want to help with actions,” she said.

Itzel became an active member in her school community when she arrived and her time at Central showed how she intends to make good of that goal. She became a Spartan Senator and the Class of 2021’s leadership senior class treasurer.

With a strong interest in law, so went on to become a senior academy sergeant in Central Union High School “Chain of Command Law Academy Program” and became an active member of Central’s mock trial team.

She also strived to help her fellow students, when she joined Link Crew, a club on campus dedicated to having high school seniors mentor incoming freshmen. She participated in trainings, orientations, and even a talent show, all in order to help mentor her junior classmen.

She was also president of Central’s “Yellow Ribbon Club,” a club dedicated to the prevention of suicides in teens and used her experience in the “Chain of Command Law Academy Program” to become a volunteer security guard at Central’s football games.

As Itzel looks towards her future, she carries her love of the law and her passions for helping others with her. She plans to attend Imperial Valley College, majoring in political science, and afterward, transferring to either a University of California system school or New York University, where she would like to study law.

She said she wants to become a lawyer or a politician, as long as she can help others.

As for her high school experiences, she will look back on them fondly, she said.

“Being a Spartan is more than just a name, but a representation of unity, support, courage, and family,” she said. “The biggest asset this school offered us is a group of lifelong friends along with amazing teachers and staff members that will be both our family and school for life and that with everything we’ve been through these past years, this year in which we could only communicate and see each other through a screen, we have shown that we are all in this together, being the vivid example and demonstrating that once a Spartan, always a Spartan.”