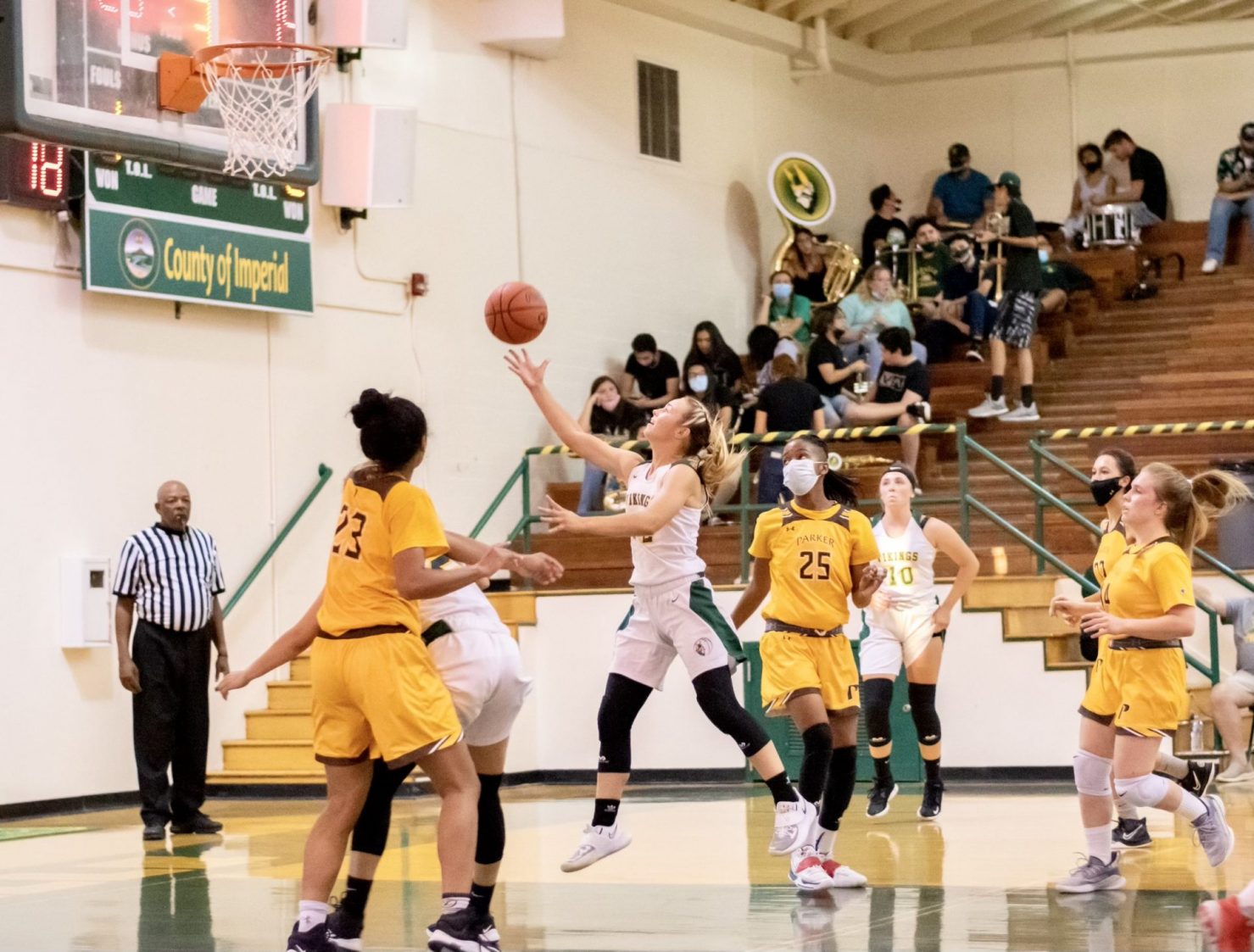 SAN DIEGO — The Holtville High School girls’ basketball team’s season came to an end on Saturday, June 5, after a 48-40 loss to Academy of Our Lady of Peace in the CIF-San Diego Section Division II quarterfinals here.

The eighth-seeded Vikings, champions of the Imperial Valley League, led the top-ranked Pilots, 35-32, after three quarters but weren’t able to put them away in the final period.

The Vikings (10-2 overall) trailed 10-9 after the first quarter but rallied to take a 23-22 halftime lead and held a 35-32 lead after the third quarter before being outscored 16-5 in the final period.

The Vikings defeated ninth-seeded Francis Parker High of San Diego 49-46 in the first round of the Division II playoffs in Holtville on Wednesday, June 2.

Holtville jumped out to a 12-1 lead after the first quarter and led 24-8 at halftime. The Lancers rallied back with a big fourth quarter, outscoring the Vikings 26-10 in the final period to draw close.

“We had a 19-point lead after three quarters and just lost focus in the fourth,” Anderson said. “Give Francis Parker credit, those girls never gave up and battled all the way to the final second.”

Next
IVC Providing Incentives for Students to Vaccinate at Mass Clinic