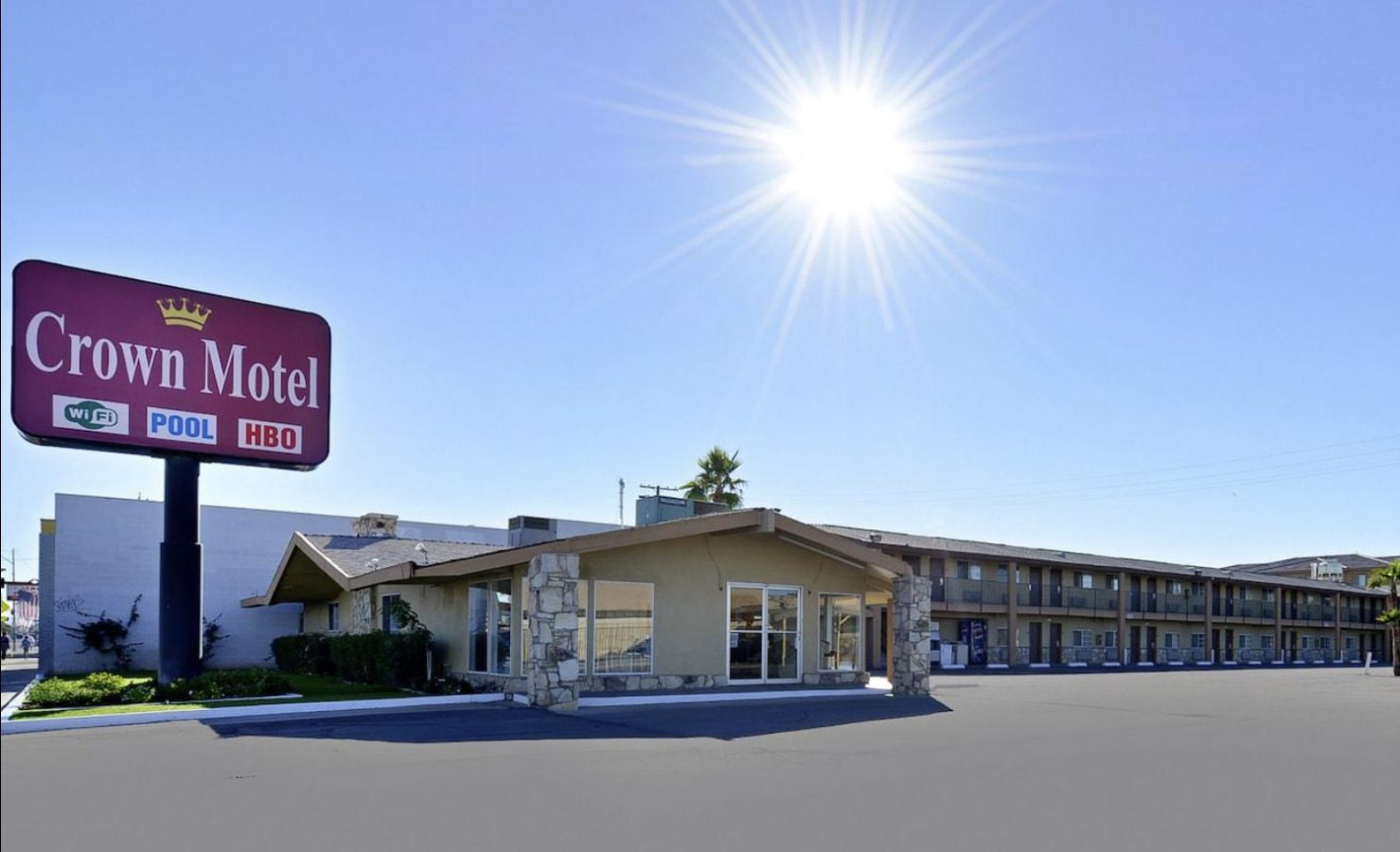 The Crown Motel at 330 N. Imperial Ave. in El Centro is shown. A man was found shot in the early-morning hours of Monday, June 7, and had to be airlifted to a trauma center in Palm Springs. Police are still searching for a suspect in the case. | COURTESY PHOTO
Home
Public Safety
In Public Safety

Police Are Actively Searching for Suspect in Incident That Occurred at Crown Motel on Imperial Ave.

EL CENTRO — More than 12 hours after a shooting at the Crown Motel in El Centro on Monday, June 7, left a man hospitalized in critical condition, police are still searching for a suspect.

As recently as 3 p.m. a “BOLO (be on the lookout)” for a suspect related to the Crown Motel shooting could be heard being directed toward Calexico police, but little information was coming from the El Centro Police Department at this point.

At 1:39 a.m., El Centro police responded to reports of gunshots in the 300 block of North Imperial Avenue, as “callers reported hearing three or four gunshots,” according to a press release from the department.

Upon arrival, officers found a Hispanic male adult on the ground with a gunshot wound.

“The victim was treated on scene and transported to El Centro Regional Medical Center. He was later flown to a trauma center, where he is in critical condition,” the release stated.

Scanner traffic from later in the morning stated the man had been airlifted to Desert Regional Medical Center in Palm Springs, the nearest Level 4 trauma unit.

This case is an ongoing situation, but no one has said anyone died in the incident.

No Arrests in Imperial Pot Heist Attempt, Owner is Suspicious

The Crown Motel is located at 330 N. Imperial Ave.

“Officers and detectives worked throughout the night collecting evidence and processing the scene. This is an active and ongoing investigation,” the press release stated.