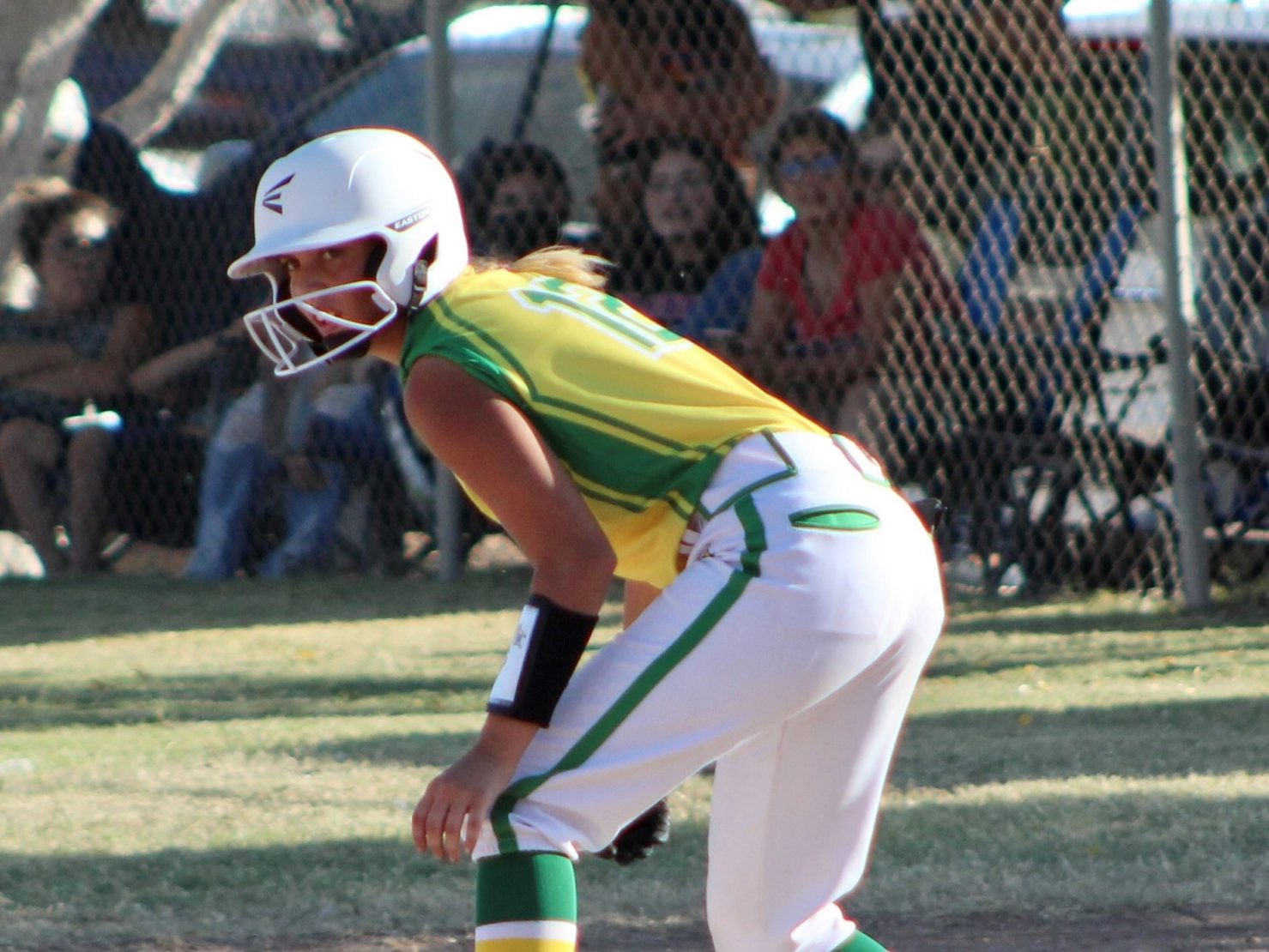 Holtville High School senior Lexis Smith gets ready to run at first base during the Vikings’ final Imperial Valley League game of the season against Central Union High in Holtville on May 26. | CATHI PHILLIPS LARIOS PHOTO
In Sports

HOLTVILLE — After a difficult end to the season, the Holtville High School softball team has a chance to make it all better with a long run through the CIF-San Diego Section Division IV playoff tournament as the second seed.

But an 8-1 loss to Southwest, followed by a 1-0 loss and 6-1 loss to Central wiped out any chance Holtville had a winning league, giving the IVL crown to Brawley Union High.

Now that the playoffs have arrived, the records go out the window and it becomes a double-elimination tournament for the Vikings as the second-seeded team in the division. Bayfront Charter of Chula Vista is the top seed.

Holtville is scheduled to play a home game on Wednesday, June 9, with time tentatively set for 6 p.m. The opponent will be determined on Monday, June 7, in a play-in game between 10th-seeded Mount Miguel of Spring Valley and seventh-seeded Classical Academy of Escondido.

All four games in the play-in round on Monday are single elimination with the losers out and the winners moving into the double-elimination tournament.

Other IVL teams in the playoffs this week include Southwest of El Centro as the 12th-seed in the Division I tournament in the play-in game on Monday, June 7, playing in Escondido against fifth-seeded San Pasqual High. If the Eagles win they will travel to face Rancho Bernardo of San Diego in the double-elimination tournament on Wednesday, June 9.

IVL champion Brawley Union High is also in Division I, sitting as the sixth-seed and hosting 11th-seeded Poway in the play-in round on Monday, June 7, for a 6:30 p.m. first pitch in Brawley. If the Wildcats win they will move into the double-elimination tournament and face third-seeded Santana of Santee on Wednesday, June 9.