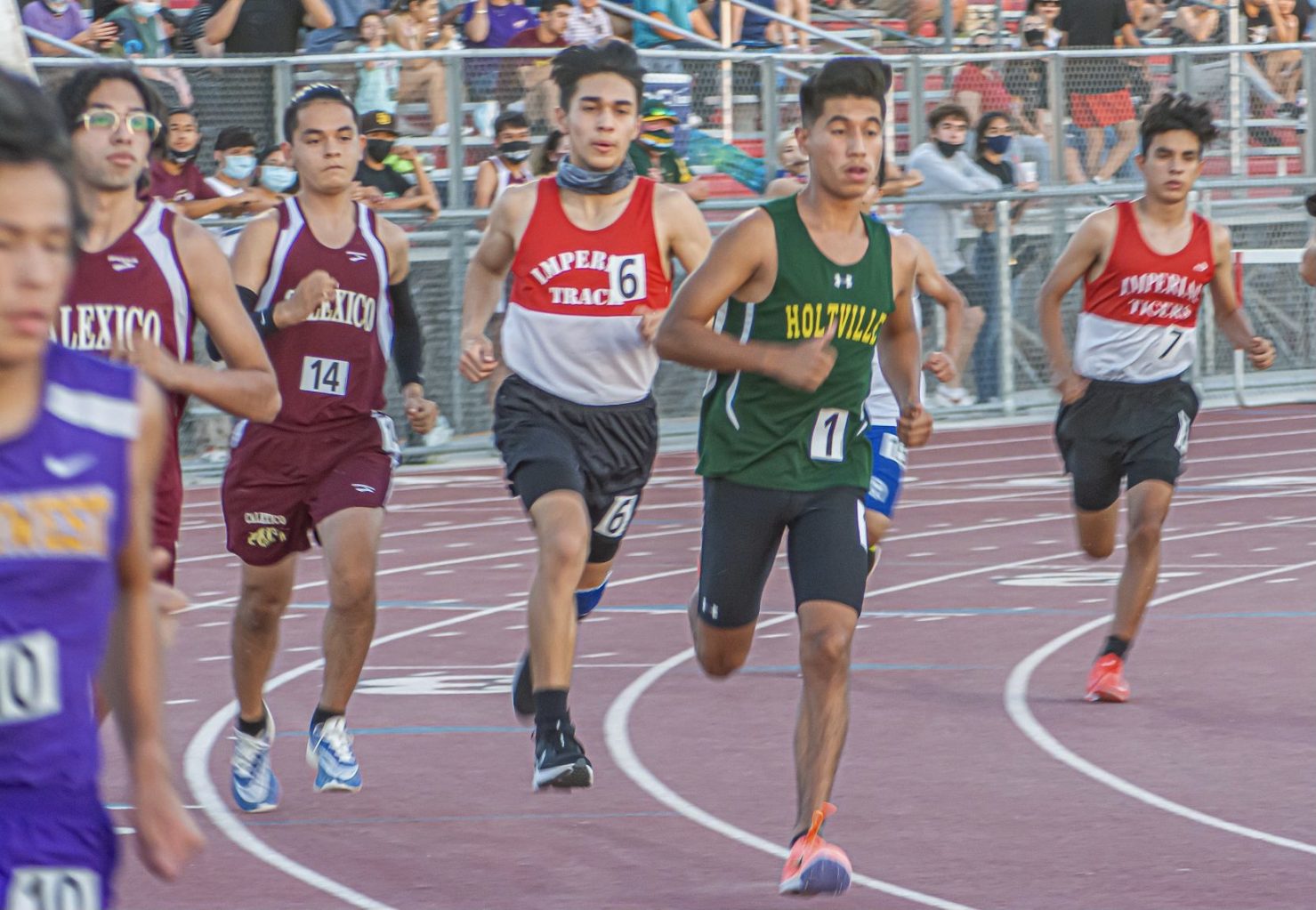 With four athletes in the finals, Lara said he is expecting for the Vikings to have their first-ever CIF champion crowned on Saturday when senior Alan Jimenez takes to the track.

“He won the 800 (meter run) at the qualifying meet,” Lara said. “I expect him to be even faster for this meet with the competition driving him.”

Jimenez will be busy on Saturday, running in the 800-meter race, the 1,600-meter race and finishing with the 3,200-meter competition.

Lara said that Jimenez could be crowned champion in either the 800 or 1,600 and wouldn’t be surprised to see him finish in the top-3 and medal in the 3,200 as well. The senior’s qualifying time currently has him first in the 800 and third in the 1,600.

Also competing for the Vikings at the Division III championship meet will be freshman Lillian Strahm. The distance runner will be competing in the 3,200-meter (two-mile) race and is the first freshman from Holtville to make it to the championship meet.

“She’s running really well and for just being a freshman she doesn’t seemed bothered by the fact it’s a championship meet,” Lara said. “We, as her coaches, are still trying to get to know her and learn what training she responds to best and she’s just going and there and running.”

Holtville High senior Cierra Dammarell qualified for the championship meet in the shot put and is going in as the sixth-seeded athlete in the event after last week’s qualifying meet. Dammarell won the Imperial Valley League title in the shot put, but her effort at the qualifying meet wasn’t her best, so Lara has high expectations for her come Saturday.

“I think she has the potential to be top-5 and possibly even top-3 and medal if she can go out there and get a personal-best,” he said.

The final athlete competing at the finals for the Vikings is sophomore Julian Reyna who will take part in the triple jump. Lara is hoping the newbie to the triple jump can get into the top-10 as he continues to learn the complicated event.

“He’s really just learning the event but he’s talented enough that he could have a terrible day and still get a good distance,” Lara said.