Judge Says She Will Spend About 18 Months in County Jail. 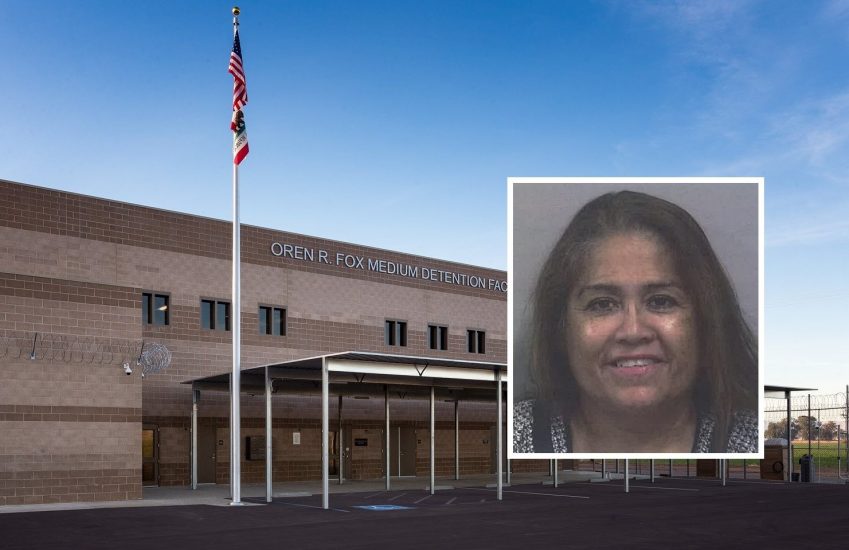 Annette Buttner-Gonzalez (inset), 56, is shown on the day she was taken into custody at the Imperial County jail on June 3 to serve a sentence of about 18 months in custody. Her case is pending appeal. | CALEXICO CHRONICLE GRAPHIC/IMPERIAL COUNTY JAIL PHOTO
Share

BRAWLEY — Annette Gonzalez-Buttner, the former community college and county Board of Education trustee, was denied bail pending the appeal of her conviction and sentencing during a hearing on Thursday, June 10.

In denying her bail pending the appeal, county Superior Court Judge Christopher Plourd stated that the 56-year-old Gonzalez-Buttner failed to meet some of criteria required for bail, and that the arguments raised in support of the appeal were not likely to result in a reversal of her conviction and sentence by the appellate court.

Gonzalez-Buttner was ordered to remain in the custody of the county Sheriff’s Office following the hearing at the Brawley courthouse’s east department. Her appeal is now pending before the state’s Fourth District Court of Appeal.

On June 3, Plourd sentenced Gonzalez-Buttner to three years of incarceration in county jail and one year of supervised probation in connection to being found guilty of four felony counts partially related to election fraud.

She is expected to be jailed for about 18 months of that three-year sentence, Plourd indicated during the June 10 hearing.

The jury found that Gonzalez-Buttner moved to Santa Clara in 2014 and had established her permanent residence, or domicile, outside of Calexico, the area she was elected to represent on the county Board of Education.

Both the county Board of Education and the Imperial Community College District are in the process of determining whether they will make an appointment of call for a special election to fill their respective vacancies caused by Gonzalez-Buttner’s recent sentencing.

Meanwhile, social justice organizations in the Calexico area are calling on the Imperial Community College District board, which governs Imperial Valley College, to hold the special election and issued a statement on Friday morning, June 11 advising against an appointment by the board.

“The appointment option turns a democratic process into a job application, biased in favoring past officials who might be said to have ‘more experience,’” reads a petition being circulated by Imperial Valley Equity & Justice Coalition, Calexico Needs Change, and Calexico Union Against Corruption (C.U.A.C.). “But elections aren’t simply about official experience, they are about the values and vision a community seeks to empower and bring into leadership. Only elections can determine that.”

Next
LETTER TO THE EDITOR: Post Cmdr. Reflects on Memorial Day