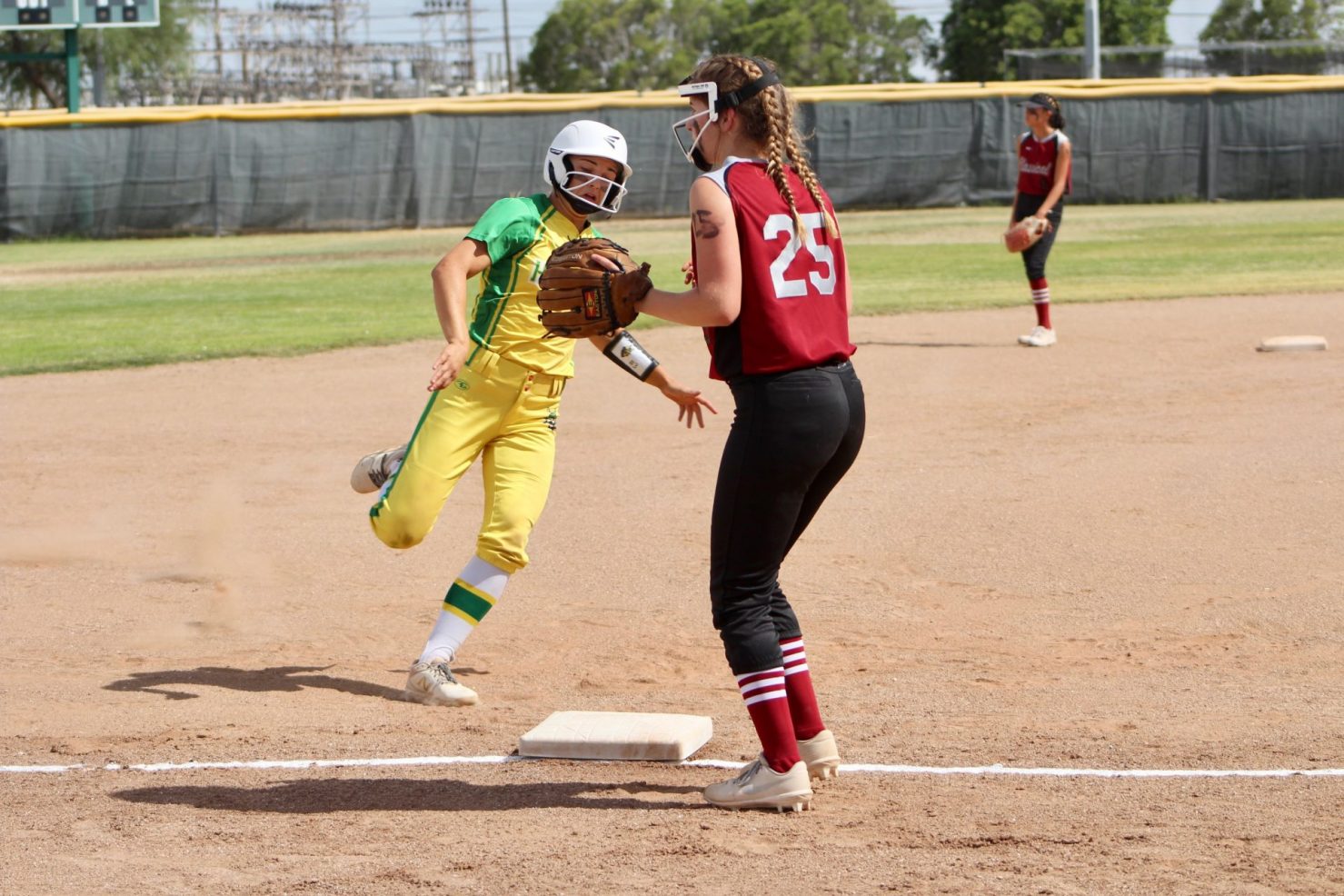 HOLTVILLE — In a COVID-shortened season, already playing games more than two weeks after graduation, it’s safe to expect just about anything this high school sports season.

What the Holtville High School softball team didn’t expect was to be handed a berth in the CIF-San Diego Section Division IV championship game. But that’s exactly what happened after La Jolla High elected to forfeit its semifinal contest to the second-seeded Vikings, which was scheduled for Thursday, June 17.

“My first reaction when I heard was that these girls have already been robbed of so much this year because of COVID, and now they miss a last chance to play on their home field,” said Melissa Snyder, Holtville’s fourth-year head coach. “But the only thing I can control is what I do with my team and we are going to take this as a positive that we now get one more day to prepare for a championship game.”

What’s strange is that third-seeded La Jolla played and defeated sixth-seeded San Dieguito of Encinitas, 7-4, in an elimination game on Tuesday, June 15, knowing the winner earned the semifinal berth and a date with the Vikings on Thursday.

According to Holtville High Athletic Director C.J. Johnston, who was notified the Vikings would advance to the championship game late on Tuesday, June 15, by a CIF-SDS official, La Jolla claimed to not have any pitching available for the game.

“No competitor wants to be handed anything,” said Snyder, who played for Southwest High School in El Centro and came up short twice in CIF-SDS championship games as a player. “Life is what you make of it. So now we have to refocus and change the practice plan and start working on the things that will help us Saturday in the championship game.”

That championship game is scheduled for 11:30 a.m. on Saturday, June 19, at Helix High School in La Mesa. The second-seeded Vikings will play the winner of Thursday’s semifinal between top-ranked Bayfront Charter of Chula Vista and fifth-seeded Morse High of San Diego.

In their first playoff game on June 9, the Vikings (18-4 overall) took care of seventh-seeded Classical Academy of Escondido, 10-0, then followed that with a 13-1 win over La Jolla on Thursday, June 10.

In the win over Classical Academy, sophomore Kalli Strahm got the complete-game shutout victory on the mound. She got plenty of offensive support, especially from sophomores Kamryn Walker and Sofie Irungaray.

Against La Jolla on June 10, the Holtville offense didn’t slow down, collecting 13 runs on 13 hits behind the pitching of senior Zamara Gutierrez. Sophomore Demi Johnston had three hits, scored three times and drove in a run to pace the Vikings. Walker, Strahm and Gutierrez all had two hits with Walker scoring three runs and driving in two as Strahm finished with two RBIs and one run scored.

IVL champion Brawley Union High is still alive in the Division I playoffs after a 6-5 victory over Ramona on Tuesday, June 15, in an elimination game. The sixth-seeded Wildcats now move into the semifinals against second-ranked San Marcos, set for 3:30 p.m. on Wednesday, June 16. If Brawley wins Wednesday, a second semifinal game between the two schools will be played back at San Marcos on Thursday, June 17.

San Marcos edged Brawley, 6-2, in a winner’s bracket contest on Thursday, June 10, to push the Wildcats into the elimination bracket.