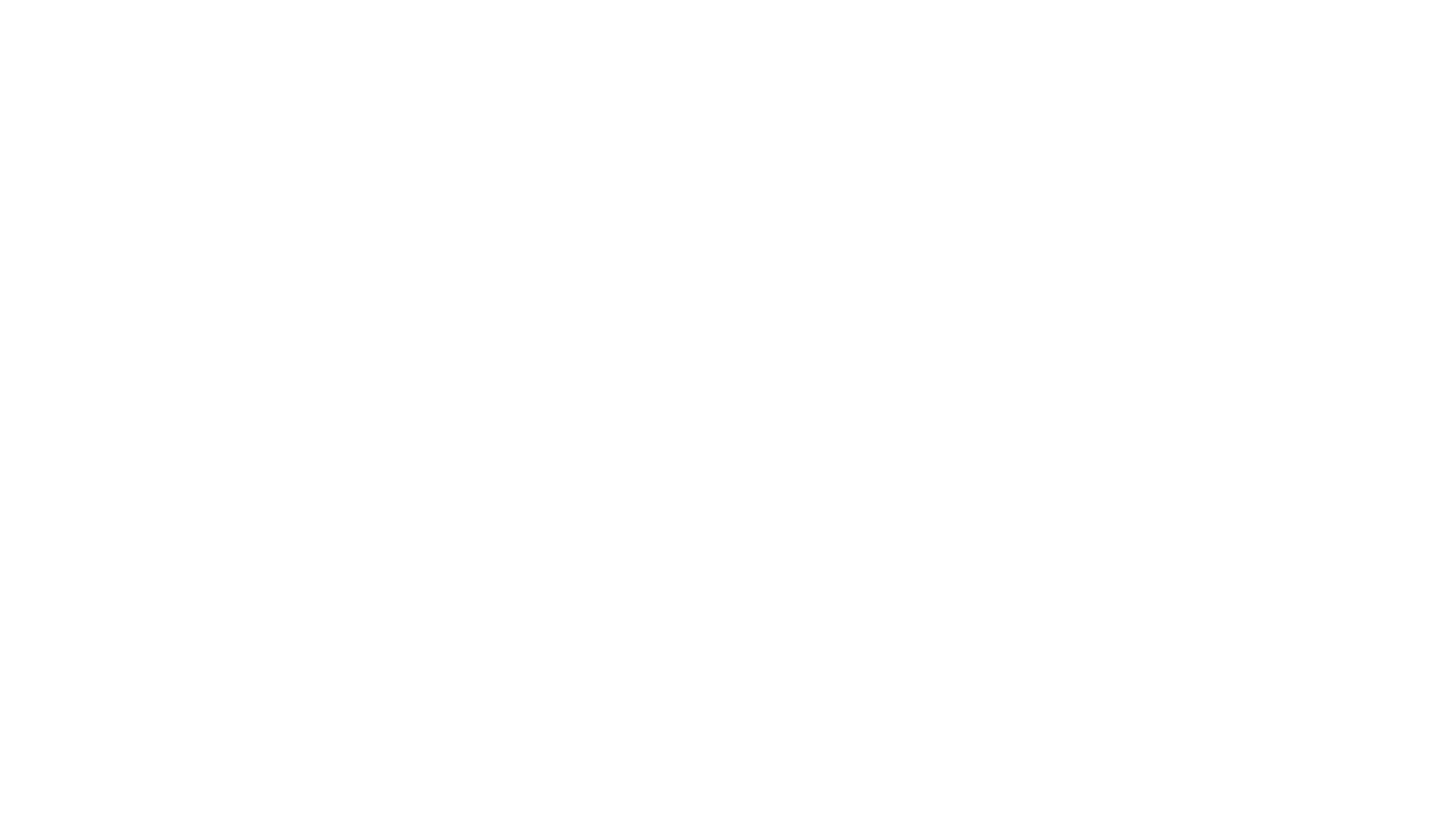 If a photo could tell a story … clothes, bags, personal items, blood, crime scene tape, witnesses being interviewed, and a bus with a digital banner reading “Call Police” show the scene of what started out as a fight between two homeless men, one of whom slashed another with a knife, and ended with the knife-wielding man being gunned down by a Calexico police officer on Monday evening, June 14. That man died at the hospital. | CAMILO GARCIA JR. PHOTO
Home
Public Safety
In Public SafetyRegional News

No ID on Homeless Man Killed by Calexico Cop

Family Yet to Be Found for 65-Year-Old Transient Shot More Than Three Times After He Slashed Another.

CALEXICO — Days after a 65-year-old homeless man holding a knife was shot and killed by a police officer at the bus stop at Paulin Avenue and Third Street in downtown Calexico, the man’s next of kin has still not been located.

The death of the unnamed Hispanic man came after he was shot more than three times, reportedly minutes after he had slashed another homeless individual during a fight shortly after 6 p.m. Monday, June 14, according to police.

A single officer — part of a pair who responded to reports of a stabbing at the bus stop — fired on the homeless man just minutes after an Imperial County Transit bus pulled up to the curb, according to Calexico Police Chief Gonzalo Gerardo. The 911 call came in at 6:11 p.m.

Contrary to reports, the incident did not happen on the bus, but passengers did witness the fight between the two homeless men that preceded the officer shooting the elder individual, Gerardo said in an interview on Tuesday, June 15.

Gerardo believes the bus driver called 911 and did hit a “panic” button in the bus that prompted the digital banner to light up with “Emergency” and “Call Police.”

A press release from the department issued on Tuesday stated the man who was shot “had a knife in his hand tethered to his wrist” and the officer fired after he refused to comply with commands to drop the weapon, but the release reveals little about what happened prior to the shooting.

There is no mention whether the man advanced on the officer, moved in any threatening manner, or what exactly happened, and witness accounts are unclear.

A call to the Donut Shop, which sits directly to the north of the bus stop on Third and Paulin, on Tuesday afternoon was met with inconsistent third-hand information.

An employee said they didn’t see what happened but heard about it from customers who said there was a fight, one man pulled a knife, police arrived, and shot that person. The employee acknowledges their account might not be accurate.

A post to this newspaper’s Facebook page, which was flagged for profanity, so it is not visible to the public, claimed a first-hand account of the incident, stating a younger man was beating up the older man, who then took out his knife and began to defend himself.

What makes that account confusing is, the alleged witness reports that he saw another man separate the two before the shooting occurred. Again, even this account does not really say what happens from that point to the point where the officer fires.

“No tazer (sic), no other means. (Was the) old bearded man was such a threat. He was getting his a** kicked by the young guy,” the post states.

The Calexico police officers at the scene were wearing their department-issued body cameras, according to the press release, with their “cameras on.”

It’s not known this early into the investigation when a clearer picture of what happened will emerge.

The department has 60 days to release the body-camera footage by law, but to the extent it could hinder an investigation, an extension to that period can be sought, Gerardo said on Wednesday, June 16. That extension could last up to 180 days.

Gerardo clarified on Tuesday that the older man who was shot had slashed the forehead of the other individual in the fight, which likely could account for the blood at the scene, which appears to be spread over a large area, including near the benches and over by a small retaining wall separating the bus stop from the larger parking lot.

The man who was slashed did not suffer significant injury and was treated at the scene, the chief said. He could not say whether the two men were “living” at the bus stop, which was a known area for transients in the city.

Radio scanner reports from around 9:30 p.m. the night of the shooting had the American Red Cross being called in to help find another location for the homeless who usually sleep at the bus stop due to the ongoing investigation.

Gerardo said that wasn’t the case, though. He believes the Red Cross was called in to provide refreshments for the witnesses who were being kept on the Imperial County Transit bus parked at the bus stop.

Meanwhile, as far as the shooting, Gerardo would not say how many times the officer fired on the elder man, but three shell casings were seen in a photograph this newspaper took the night of the incident. The chief, however, did confirm that more than three shots were fired.

The officer who fired the gun has been placed on “administrative leave per Calexico Police Department policy and protocol,” according to the department’s press statement.

Gerardo said the officer will be kept off duty pending standard predetermined procedures involving such incidents, including a psychological evaluation. He would say no more.

The man who was killed was alive at the scene and Calexico first-responders rendered aid before he was transported to El Centro Regional Medical Center by ambulance, where he would later die from his injuries.

Gerardo was at the hospital briefly Monday evening; his arrival back to the shooting scene from El Centro Regional could be heard being announced over the radio scanner.

Gerardo was asked about the identity of the deceased, adding that while he did have a Calexico residence there was apparent difficulty locating his next of kin due to his homelessness.

Imperial County sheriff’s officials still have not been able to reach the family of the individual as of Wednesday afternoon. Chief Deputy Robert Benavidez said even though the man did have a phone on him, there were no contacts in the phone that have aided the investigation.

At this point, Benavidez said, coroner investigators are waiting to hear whether a missing person’s report is filed by someone.

Calexico police do have an identity but releasing a name will not be done until family is informed first.

An autopsy is also pending and is not scheduled until Tuesday, June 22, Benavidez said, although he added that efforts are being made to try to get the autopsy done this week with the assistance of the county’s contracted medical examiner.

Benavidez would not respond to questions involving the number of gunshot wounds sustained or to what area of the body.

The shooting is being investigated by both the Calexico Police Department and the Imperial County Sheriff’s Office, which Gerardo called in to assist on Monday evening. The Sheriff’s Office crime scene investigators were there to process evidence and secure the scene.

Calexico police were released from the area as darkness fell on Monday evening when sheriff’s investigators took over, at one point sending up one of its drones to map the scene for the investigation.

The Imperial County Transit bus also stayed parked at the bus stop for several hours. Gerardo said it was kept there while witnesses were being interviewed as it was a cool place for them to be in the triple-digit heat.

Monday was a troubling day overall for the department, Gerardo said, but he added it was the type of day that he fears will be happening with more frequency due to the existing brazenness of suspected criminals, lax sentencing laws and the state’s no bail law.

While the department has unfortunately grown accustomed to repeat property crime, violent incidents appear on the uptick, too, Gerardo explained.

Three gun-related incidents occurred on Monday, starting in the morning, when police arrested a transient in the 200 block of West Cole Road who police said first threatened a property owner in the area with a loaded gun but then briefly waved that gun at police when they arrived on scene.

The suspect, 61-year-old Phillip Alfred Gregory, was arrested on suspicion of assault with a deadly weapon, resisting arrest, and being in possession of a stolen gun.

Later that afternoon, a man who is still wanted by police threatened his own mother by putting a gun to her head when she protested him stashing undocumented immigrants in their Calexico home.

Gerardo said the man fled before police got there. He added U.S. Border Patrol assisted and took the immigrants into custody.