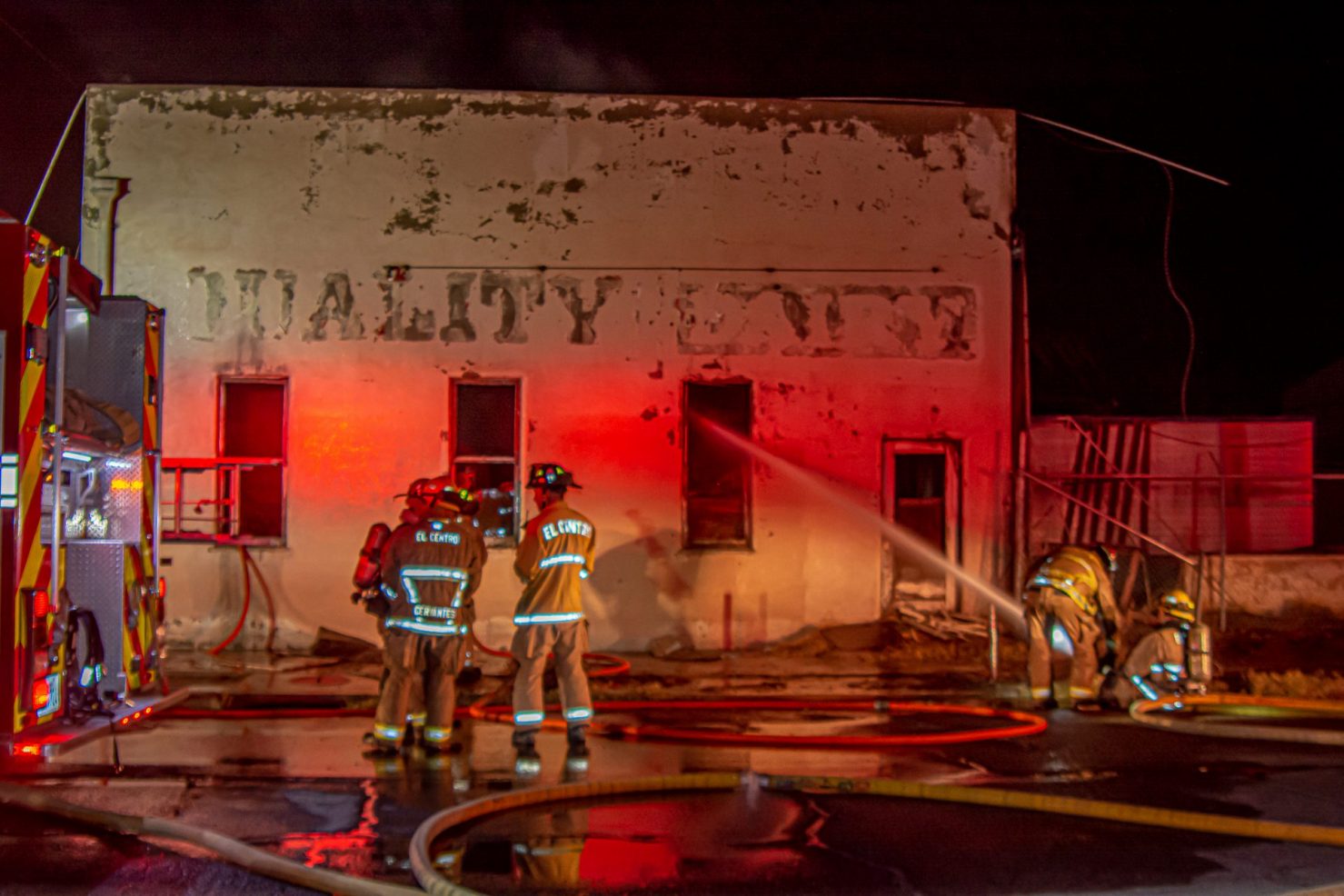 EL CENTRO — A fire inside a long-vacant building in the 300 block of West Commercial Avenue in El Centro’s old commercial district was quickly extinguished on Thursday night, June 24.

The fire, in what was the former Quality Dairy building at 365 W. Commercial Ave. just east of Fourth Street and the railroad tracks, was reported around 9:24 p.m. when a passing motorist saw smoke in the area and called 911, according to radio scanner traffic.

Firefighters had the blaze “controlled within 15 minutes of the arrival of the first fire suppression unit at the scene. Firefighters remained on the scene for over two hours, looking for hidden fire in the attic of the building,” the release stated.

A second alarm was sounded over the radio, bringing in crews from Imperial County and Calexico fire departments. Holtville Fire Department was turned back before they arrived.

A total of 18 fire personnel worked the scene, and no injuries to civilians or firefighters were reported.

No utilities were running to the building at the time of the fire, which usually been an indicator of manmade origin but no information to that effect was immediately available.

The fire remains under investigation. Anyone with information about the fire can call 760-337-4530.