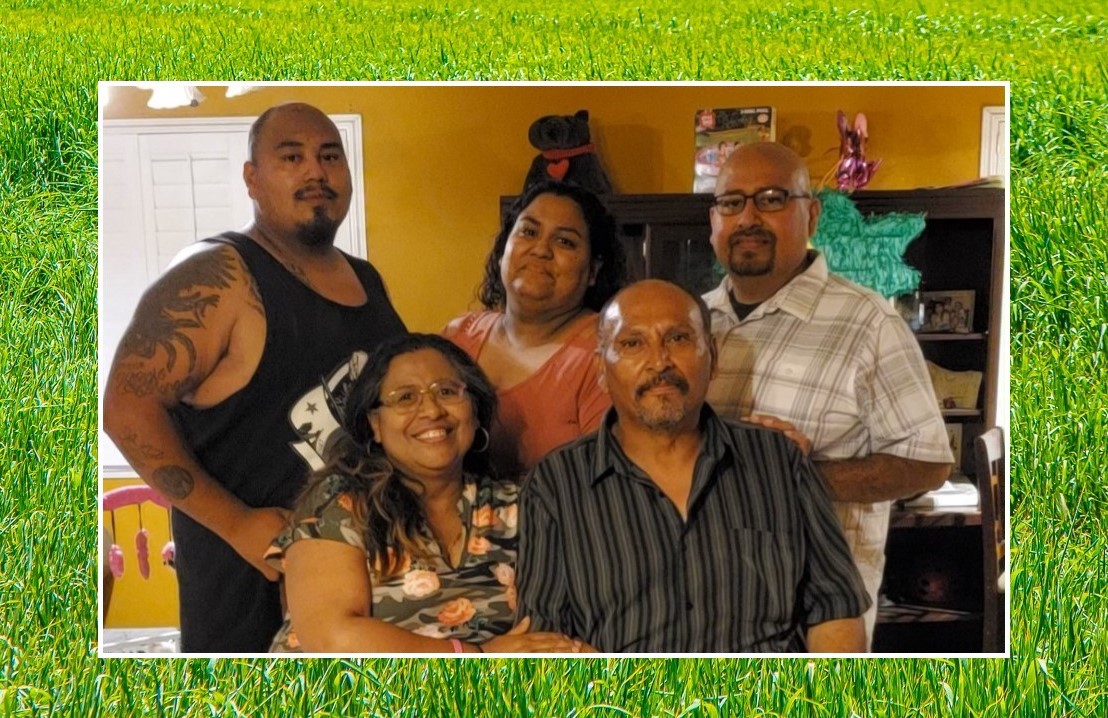 The late Gilbert Marquez (seated at right) sits for a family photo around 2019 with his ex-wife, Ruth (left), 58, who he remained friends with and close to for almost 20 years after their divorce, and their children, Fernando (rear from left), 33, Margaret, 37, and Arthur, 39. Gilbert was killed on Saturday, June 26, by a suspected drunken driver on Highway 115 southeast of Calipatria. | PHOTO COURTESY OF FERNANDO MARQUEZ
In Public SafetyRegional News

Authorities Told the Marquez Family Their Patriarch Was Killed By A Multiple DUI Offender.

BRAWLEY — For 42 years, Brawley resident Gilbert Marquez worked with his hands, learning the ins and outs of heavy machinery, able to fix almost anything, said his youngest son, Fernando.

Since he was 18 years old, the elder Marquez had worked on farm implements, most notably the huge tractors and combines that sliced and diced their way through tall fields of wheat or alfalfa.

Yet on Saturday afternoon, June 26, the unthinkable happened for the Marquez family of Brawley, when it lost its patriarch to a suspected drunken driver.

As the 60-year-old Gilbert returned from working on harvesters in the fields of the North County, up near Calipatria, he was broadsided in his work truck by a man who had reportedly been drinking and who had prior driving-under-the-influence convictions, according to Fernando Marquez.

“My dad was taken from me. He was murdered,” the 33-year-old Fernando, also known as “Nando,” told this newspaper on Monday evening, June 28.

Fernando, the youngest of three children, said the family is still in shock and beside themselves. He said his father, who had been divorced from his mother, Ruth, for almost 20 years, lived with a cousin and his 88-year-old mother, who depended on Gilbert Marquez for everything.

“He lived with her, he took care of her,” Fernando said, adding his dad was a pivotal figure in the family dynamic, as he was still good friends with his ex-wife, close to his other children — middle sister, Margaret, 37, and eldest brother, Arthur, 39 — and was a doting grandfather to a combined seven grandchildren.

The family is angry over how a man with five prior DUI convictions, which is what authorities told the family when they informed them their father had been killed, could have been out on the road that afternoon.

For now, Moore is only accused of felony DUI and gross vehicular manslaughter, but he has been arrested for both despite the fact that he was hospitalized as of Monday morning.

Acevedo would only say “alcohol was a factor” and little else. He also would not confirm that Moore had in fact drove through a posted stop sign but did say preliminary findings indicate he did not cede the right of way to Marquez.

After the collision, Moore’s 2012 Ford Fusion was pushed into a dirt embankment on the side of the road, Acevedo said. He was hurt, the CHP officer added, and Moore had to be airlifted by REACH helicopter to Desert Regional Medical Center in Palm Springs for treatment of internal injuries.

The Highway Patrol would not comment on whether Moore had been convicted of that many DUIs or whether he had a driver’s license at the time of the accident.

Highway Patrol Public Information Officer Arturo Platero did acknowledge if that is the case, that fact would be taken into consideration at the time that charges are filed.

Meanwhile, Fernando is grief stricken, as is the rest of the close-knit family.

“He was on his way home,” Fernando said of his father, who was a foreman with GBT Trucking in El Centro. “He was just going to drop off his work truck …”

He fell silent for a minute. Fernando said no services have been planned yet, as the county coroner’s office won’t release his father’s remains until an autopsy is done.

Any friends of his father can contact Fernando through Facebook, he said, just look up “Nando GM.”

“He’ll be missed by his family,” Fernando said of his father, his voice cracking. “That’s all I can say. He will be missed.”