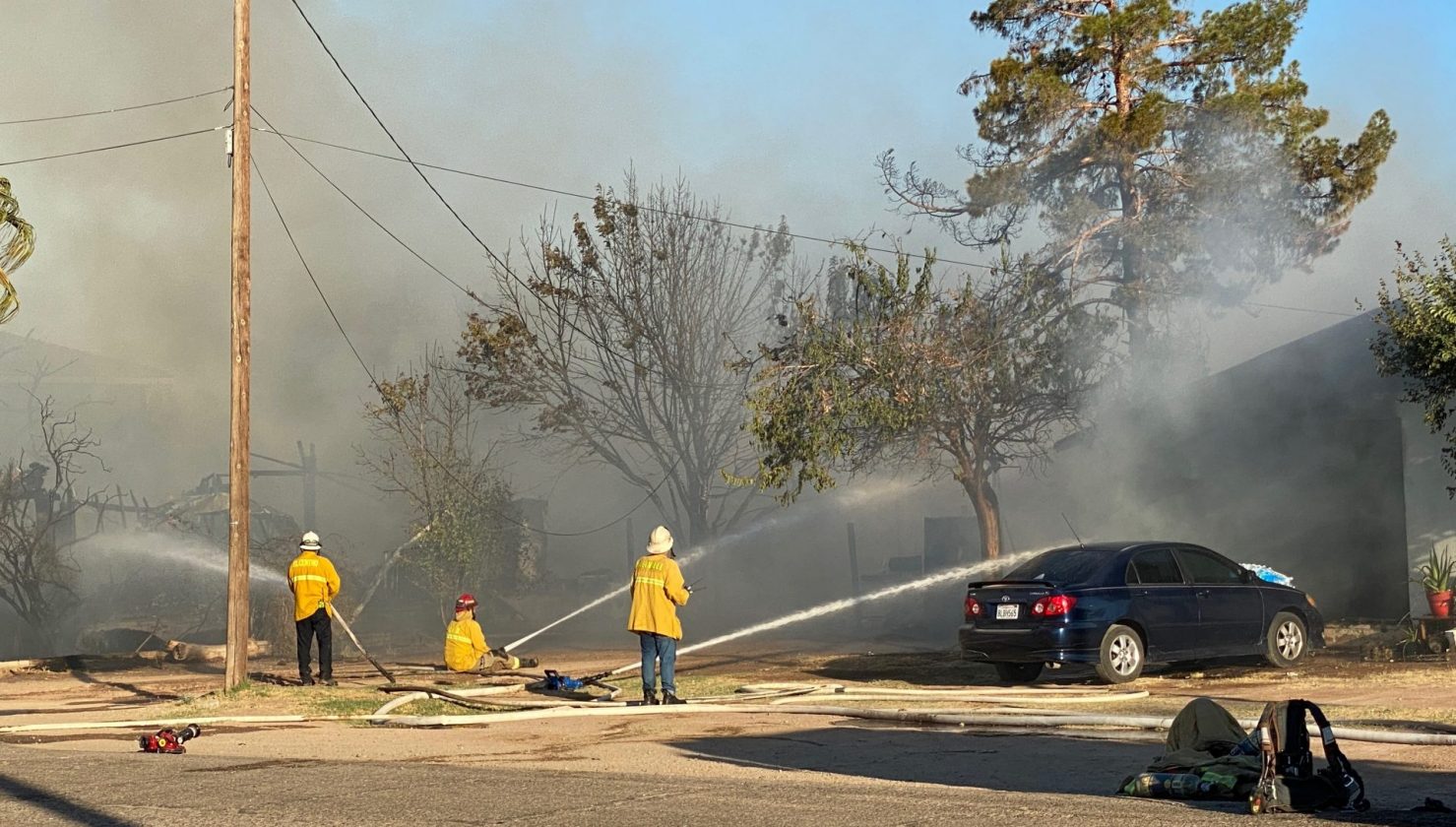 Two neighboring homes and a recreational vehicle were destroyed around 5:35 p.m. in the 1800 and 1900 blocks of East Underwood, Holtville Fire Chief Alex Silva reported on Monday morning, June 28.

One Holtville firefighter sustained a minor burn, while two other agency firefighters suffered heat exhaustion and another two sustained strained shoulders, Silva said. All of the department’s personnel were treated and have recovered or are recovering, he added.

The fire apparently had started in some brush near a recreational vehicle that was parked near a home located at 1895 E. Underwood Road, Silva said on Monday. The cause remains under investigation.

Though the property is located outside city limits, the Fire Department had sent notices to the property owner advising them that the brush constituted a fire hazard and requesting that it be removed.

“They never cleaned it so that’s what spread the fire,” Silva said.

Holtville fire was the first to respond to the scene and quickly called a second alarm, prompting mutual assistance from the El Centro, Calexico, Imperial County and Brawley fire departments. Temperatures at the time of the blaze hovered around 118 degrees, Silva said.

One of the homes, located at 1977 E. Underwood Road, was constructed from stucco and had a corrugated metal roof that prevented both the fire from breaching and allowing firefighters to combat the blaze from the interior of the home. Instead, firefighters were limited to fighting the structure’s fire from the outside, which took about five hours to extinguish, Silva said.

The owner of that home at 1977 E. Underwood, Seeley resident Lorena Razo, whose parents were living in the home, said that a previous fire had broken out some time back at the 1895 E. Underwood address.

A total of about four to five vehicles that were located at both of the properties were destroyed by the fire, as well. Three of those vehicles were inoperable, Silva said.

Razo said her 64-year-old father’s Ford Expedition, and a Toyota Corolla and a Dodge Charger all were damaged at her home.

The American Red Cross was on scene at the time of the fire to provide the displaced families and the nearly three dozen responding firefighters with assistance.